REDTEA NEWS
Trump Impeached a Second Time, But Why?
The Leftist Purge of the Internet Is Underway
Democratic Hypocrisy on Protests Knows No Bounds
Do Democrats Want a Civil War?
Will January 6 Go Down in History as...
Georgia Goes Blue: What Does That Mean for...
Leftist Hypocrisy on Political Rallies Growing More Obvious
More Evidence of Voter Fraud Piling Up
A Plea for Normality at Christmastime
Convicted Terrorist Freed After Deemed Too Fat to...
Home Breaking News Four Headwinds Currently Facing The U.S. Economy
Breaking NewsMoney

The bull market has been going strong for the last six years but, like any engine that’s running red hot, at some point something is going to break. We may be nearing that point as the Dow is having trouble making any headway over 18,000.

The first quarter we could blame on the weather. A similar situation developed in 2014 and the market came roaring back in the latter part of the summer. This year seemed to be on a similar trajectory but stocks aren’t getting any traction and every move above 18,000 quickly gets swatted back down. Here are the four factors at work in the market that are keeping a lid on gains.

To raise, or not to raise? That is the question and, like the tragic figure in Hamlet, Federal Reserve chairman Janet Yellen must decide between the pains of raising interest rates and the pains of diluting our currency in order to keep a lid on the strength of the dollar. Every time Yellen reaches for the Big Red Button of interest rate hikes, the market tanks and she stays her hand.

The reason interest rate hikes put the Fed in a bind is that the dollar is already standing tall against other global currencies. You would think a strong currency would be beneficial but in the crazy, mixed up modern world having a strong currency is a major handicap. U.S. corporations with significant sales overseas are getting hammered as the strong dollar puts downward pressure on prices and profits. Companies like Caterpillar, HP and IBM are getting clobbered by the strong dollar.

The Expectation of a Correction

We’re also seeing some nervousness...just because. After a six year bull run there’s an expectation that a correction is coming any day now and the market bolts in panic at the slightest shadow of bad news. There is concern over Greece, concern the Chinese stock market is going to crash, the price of oil and on and on. Everywhere you look there’s some looming crisis. The expectation of a correction turns any whiff of bad news into a triple digit down day.

Probably the most concerning, and the one to actually worry about, is consumer spending. With a pile of student loan debt and escalating rents, young people, the most typically active consumers in our economy, are reigning in spending. Another, more pervasive change is cultural. People just aren’t collecting as much junk today. Attitudes about housing are starting to change, with more people waking up to the fact that houses are a lot of work and a really poor investment. People with smaller houses don’t buy as much junk and young people are using technology to perfect the sharing economy which means collecting less junk.

The trend toward lower consumer spending really could eventually bring about some of the more dire predictions. People spending less as a lifestyle will hurt the economy. On the other hand, they’re already paying more for the things they do buy, so how it all washes out isn’t entirely clear. The only thing anyone can say for sure is that the rest of 2015 is going to be a bumpy ride. 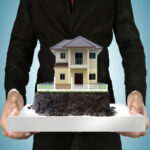 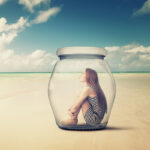