REDTEA NEWS
NIH Royalty Payments Bring Up Conflict of Interest...
The COVID Narrative Is Changing Before Our Very...
Dishonesty Is the Left’s Stock-In-Trade
FBI Whistleblowers Coming Out of the Woodwork
Are You in a Government Database? Probably So
Leftist Tolerance on Display in Wake of Roe...
China Demands Censorship of US Landmarks in Movies
Biden Administration Clueless About Border Fiasco
The Left’s Meltdown Over Roe v. Wade
The Left’s Censorship Campaign Is Backfiring
Home Breaking News Is a Gun-toting, Drug-addled Suspected Murderer the Most Electable Candidate of 2016?
Breaking NewsElection 2016

Is a Gun-toting, Drug-addled Suspected Murderer the Most Electable Candidate of 2016? 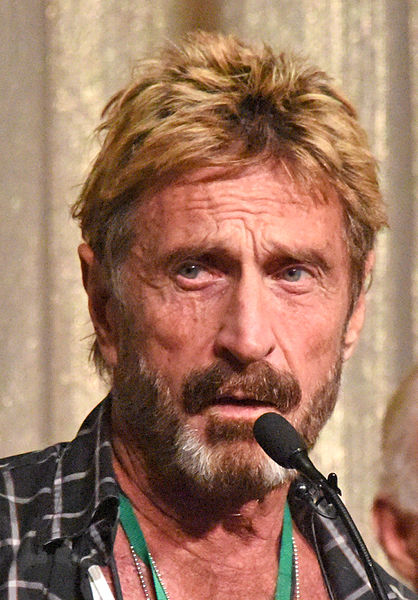 The 2016 election year is already one for the record books, and possibly for the DSM-5. But have we reached a new low when one of the more sensible, albeit still sensationalistic, voices in the debate comes from a renegade multi-millionaire with who-knows-how-many dark deeds under his belt?

The dark horse in an already checkered field of candidates is John McAfee, wealthy inventor of cyber-security giant McAfee antivirus and more.  Though still not exonerated in the murder of a neighbor under murky circumstances near his former playground home in Belize, McAfee isn’t one to let lingering whispers about possible homicides derail him from a presidential bid.  The icon of iconoclasm, who once said he takes his own product off his computers because “it’s too annoying,” is ready to take on the major party candidates as the Libertarian standard-bearer.  “Trust me, I’ll have no problem whatsoever winning this election.”

In any normal year such borderline braggadocio from a marginal candidate would be fodder for comedians, not news sites.  But this is an abnormal year, with the top two contenders for the Republican nod warring over how pretty their wives are; and Donald Trump’s attention-grabbing antics making Ted Cruz seem, almost, like a model of gravitas.  We’re now witnessing the pitiful spectacle of ex-candidate after ex-candidate trudging to the microphone, arms visibly twisted behind their backs by the RNC, endorsing Cruz in lifeless tones.  Meanwhile, just barely behind the scenes, chairman Priebus is feverishly ransacking the Party to find someone, anyone, who can carry the Republican banner with dignity through November, and hopefully beyond.

If there was ever a year when a third party candidate has a shot, this is it.  Although McAfee was sought by police in Belize for questioning in connection with his neighbor’s murder as recently as 2012, he does have insights on combating terrorism that are worth considering.

He also offers tremendous insights into the issues of cyber-terrorism and cyber-piracy, often-unseen issues that take a catastrophic toll on our economy.  According to one 2014 U.S. News article, “Online crime is estimated at 0.8 percent of worldwide GDP” that "[costs] consumers and companies between $375 and $575 billion, annually..."

It costs us our livelihoods too, with Huffington Post reporting in 2013 that, “As many as 500,000 U.S. jobs are lost each year from costs associated with cyber espionage, according to the report, released this week by the security firm McAfee and the Center for Strategic and International Studies.”  Yes, that McAfee.  So we’re talking about genuine, right-this-minute threats no mainstream candidate has the technological chops to knowledgeably address.  We can’t even get Hillary to use the right email address.

McAfee also could be justified in his assumption that the disillusionment of voters with the likely mainstream choices could pay off for a third party candidate.  But for Republicans who came of age under the famously genial, inspirational and well-behaved Ronald Reagan, casting a vote for a hedonistic, gun-wielding, (former?) user and dealer of cocaine and hallucinogenics would be, ironically, a bitter pill to swallow. 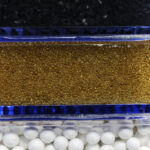 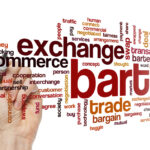