REDTEA NEWS
Was Fauci Fibbing About His Financials?
Political Commissars Are Here And Are Starting Their...
Mormons Pointing to Higher Actual Inflation
Top Scientists Feared COVID Came From Lab All...
Quebec to Start Fining the Unvaccinated
McCarthy Threatens to Strip Democrats of Seats If...
Supreme Court Shows Its Schizophrenia
Beset by Crime Wave, LA Residents Flock to...
The Case of Jan. 6 Gets Curiouser and...
Twitter Continues Censorship Rampage, Bans MTG
Home Breaking News Is The Age of Walmart Over?
Breaking NewsMoney 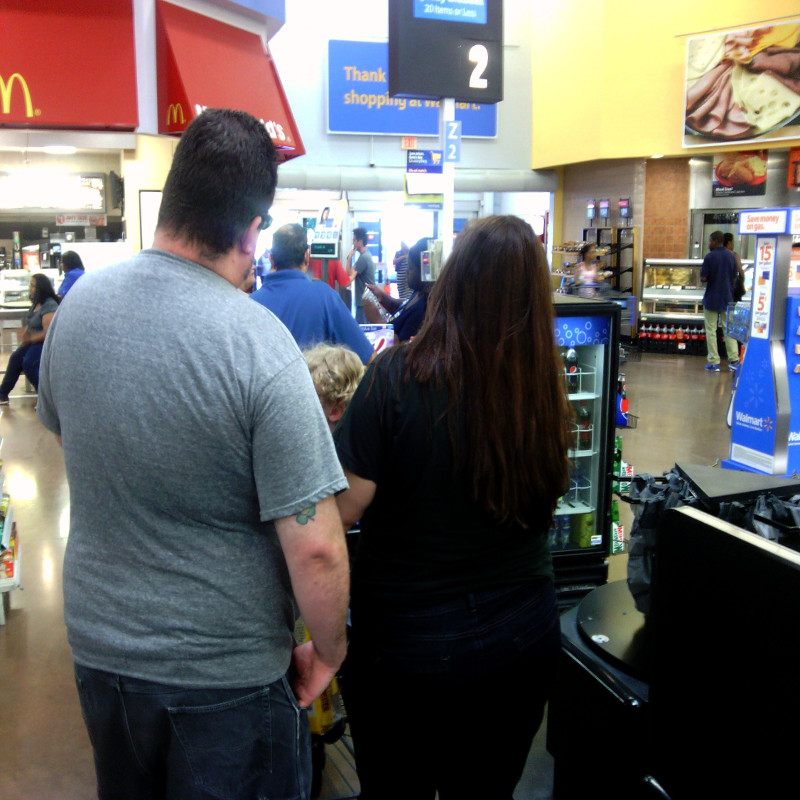 It may be a bit cheeky to point at a company with $500 billion in annual sales and, by some measures, still the biggest company in America and ask the question in the headline but the point is still valid. What’s going on with big companies like Walmart and McDonald’s seems unrelated, but may be part of much larger demographic trends that spell trouble for the corporate dinosaurs of the previous generation.

There’s always a risk in capitalistic economies of thinking that what worked 20 years ago will work today. That uncomfortable position seems to be where the U.S. retail industry finds itself at the moment.

Walmart is hardly the only retailer facing tough times as Kohls, Macy’s and J.C. Penney all posted dismal sales numbers recently. Walmart’s stock tumbled 4.3% on tepid growth numbers, posting only a 1.1% increase in sales growth. Taking inflation into account, that number is effectively a sales loss.

By rights big retailers should be experiencing a renaissance of spending after slogging through the tough years of the last recession. Gas prices are down, putting more money in consumer’s pockets, and unemployment is running near levels where most people actively looking for work have better luck finding a job. Consumers are doing their part, racking up record amounts of debt on credit cards. The problem for retailers is that consumers are buying experiences rather than things.

Looking at the numbers, U.S. retailers seem to be losing the next generation who don’t really seem to care about collecting things. With the exception of their smartphones, young people are spending less on electronics. Other purchasing categories taking a backseat in spending are apparel and general department store merchandise.

The next generation just isn’t interested in buying overpriced, cheaply built homes and filling them with things. These are people graduating from college with a huge weight of student loan debt and it’s causing them to put off buying a home and forming a household. Young people are moving from the suburbs to the city, another shift that will impact purchasing decisions for decades in the future. The scary thought for retailers is the entire idea of a traditional home may be losing favor with the next generation.

There is growth in consumer spending; it’s just not in retail, which posted a dismal 1.9% in growth last year. Adjusted for inflation, retail sales posted a big zero. Brighter areas in consumer spending were air travel, hotels, restaurants, furniture and jewelry. That may signal that the upcoming consumer generation is more interesting in investing in experiences and comfort rather than things. U.S. customers are taking their income tax refunds and using them to either pay down debt or are putting them straight into savings. These are likely to be generational trends and that spells trouble for retail going forward.

The spot the entire retail industry finds itself in is significant because getting out of the hole is going to depending on persuading consumers to spend more money on things they’re not buying now. Local brick and mortar stores also have to compete with highly automated competitors like Amazon. Going to the store is a chore more people are choosing to skip when they can. There’s also the problem of the generation that made Walmart great is moving into retirement and downsizing their lives.

Just like when the dinosaurs saw the giant comet streaking through the skies that would spell their doom, ancient retailers like Walmart may be seeing the beginning of their own eventual fall.