SOCIAL MEDIA AND THE MIDDLE EAST: Angry accusations flew across social media over the last week, with no middle ground sought by participants in the conversations on which side is to blame for the current Israel-Palestine confrontation. We’re reminded of a speaker who, asked to give a lecture topic a year in advance, always said, “The Current Crisis in the Middle East.” It never failed him.

EBOLA CRISIS WORSENS: A doctor who was on the front lines of battling the dread disease in West Africa and a US citizen there to help its victims have both contracted ebola, reports last week indicate. The death toll from his incurable virus is now over 700. Meanwhile, a mob formed outside a clinic in Sierra Leone, accusing the medical staff of covering up cannibalistic rituals in their aid station. If this were a movie, someone would threaten to take away the moon or flick a cigarette lighter, wowing the locals.

OBAMA WAS WARNED: The Washington Post reports that over the last two years, everyone from Texas Gov. Rick Perry to officials from ICE to the first ladies of Mexico, Honduras and Guatemala told the administration that there were more immigrants on the way than ever before. The administration ho-hummed and said it was a “local problem.” Now it’s a national problem, and November elections will likely underline that for the administration. Texas Gov. Perry is sending 1000 Texas National Guard troops to the Rio Grande Valley to help with the crisis. What that means: they’ll stand around and direct traffic to the local aid centers.

SHOT DOWN AND LOOTED: Adding insult to injury, there are claims that separatists have looted from the crash scene of the Malaysian Airlines plane shot down over Eastern Ukraine. One thing they haven’t stolen: the black boxes from the crash. While this atrocity occurs, more than 200 of the bodies sit in refrigerated train cars, awaiting some form of civilized action.

LOOSIES SALESMAN K.I.A: Eric Garner, a 400-pound Staten Island, NY man who was busted 31 times for a variety of reasons, most of them dealing with the sale of individual cigarettes, was killed earlier this month when one NYPD cop grabbed him in a prohibited chokehold. Reacting to the news, New York Mayor Bill de Blasio was photographed enjoying a family vacation in Italy instead of showing up for the funeral. When the Garner family complained, de Blasio, who rode to victory as the champion of the outsiders, claimed he had put in a phone call to them. Well, that settles that.

LETHAL INJECTION DOESN’T WORK WELL - It apparently took nearly two hours for convict Joseph Wood to succumb to a lethal injection administered by Arizona prison officials. He struggled to breathe, according to witnesses. In 1989, Wood killed his 29 year-old ex-girlfriend Debbie Dietz and her 55-year-old father with a .38 caliber revolver. They presumably died faster than he did.

WHALE OF A TOMB: The fun-loving militants of the Islamic State in Iraq and Syria (ISIS) have blown up the tomb of Jonah, who was allegedly swallowed by a whale in both Islam and Judeo-Christian traditions. Reports claim the ISIS soldiers believe the mosque had become a place for apostasy, not prayer. Which is a little hard to swallow.

MOONBASE ONE, COME IN: Declassified documents released last week said the military wanted to create a base on the moon, presumably to have a fail-safe plan to attack the Soviet Union should they strike first and wipe out our missiles. Given the logistics of transporting enough materials to the moon to make that happen – and to maintain it if it was ever erected – it’s probably just as well that the base was never constructed. Although maybe it was on the dark side of the moon…. 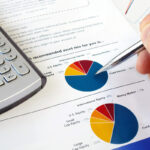 4 Signs You’re Out Of Touch With Financial Reality 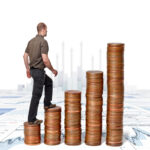