HOLY TOLEDO: Residents of Toledo, Ohio have been without water this week because a toxic algae bloom that injected microcystin into their supply was discovered. The ban was absolute – no cooking or boiling the water, unless you want a host of gastrointestinal trouble and potential liver failure. Two months prior, a state official warned the city that failure to maintain its water treatment plant would lead to trouble. Toledo’s water comes from Lake Erie, where conditions that caused the algae bloom, including high nutrient and light levels, are present. The conditions, by the way, are not uncommon nationwide in many bodies of water that are used for municipal drinking needs.

CLIMB EVERY MOUNTAIN: The US re-engaged its military in Iraq this week, bombing locations held by the Islamic State in Iraq and Syria (ISIS) in order to save an estimated 40,000 members of Iraqi minority groups pushed onto Mount Sinjar after fleeing the oncoming ISIS hoardes. Meanwhile, the Iraq politicians continue to debate whether Prime Minister Nouri al-Maliki should continue to lead the country into the abyss, or whether a new coalition government that represents all citizens of the country should be formed. Take your time, fellas: pretty soon, there will be no Iraq left to debate.

STATING THE OBVIOUS: As the Ebola virus death toll approaches 1,000 people in West Africa, the Centers for Disease Control and Prevent have finally declared the highest state of alert over the outbreak in Liberia, Sierra Leone, Nigeria and Guinea. The agency believes the crisis could continue for a long time, which means there’s plenty of opportunity for an infected person to take advantage of the disease’s 21-day incubation period, hop on a jet and visit world capitals.

JAILIN’ ROUGE: A United Nations war crimes tribunal in Cambodia sentenced two former Khmer Rouge leaders to life in prison for lead roles in the "killing fields" operation of the 1970s. Brother No. 2, Nuon Chea, and the former President, Khieu Samphan, were guilty of the forced evacuations and executions of two million countrymen. Brother No. 1, Pol Pot, the inspiration for the genocide, died without ever facing justice. One of Cambodia’s major tourist attraction is a stack of skulls for the victims of the Year Zero campaign.

DRUG STORE, HEAL THYSELF: Walgreens, the largest US drug store chain, has scuttled plans to reorganize off-shore to cut its US tax bill. The chain said it realized its mistake when its customers – many of them dependant on US tax-funded programs – rose up and complained. 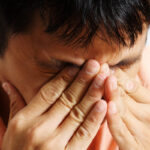 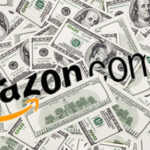