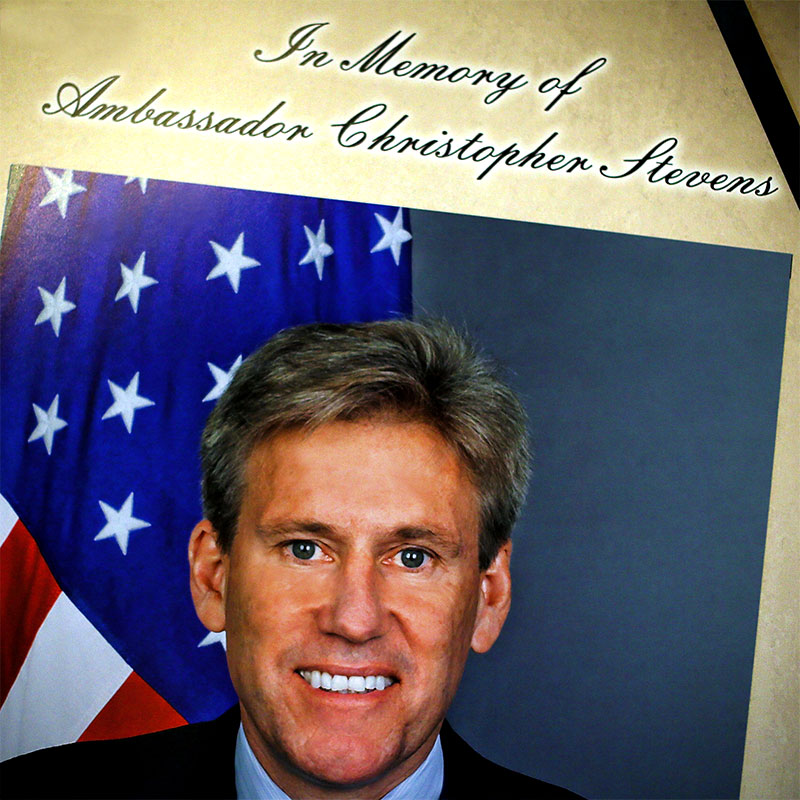 US Special Operations forces have captured a suspected mastermind behind the September 11, 2012 terror attack on the United States embassy and CIA annex in Benghazi, Libya, in which Ambassador J. Christopher Stevens and three others were killed.

The White House announced that Ahmed Abu Khattala,  a commander of Ansar al-Sharia militia, was captured by US troops near Benghazi on Sunday. Officials said there were no casualties in the surprise raid, and suggested the action was carried out without the involvement of the current Libyan government.

Abu Khattala, who spent most of his adult life imprisoned by former Libyan dictator Muammar Gaddafi, faces murder, weapons, and terror charges, and could suffer life in prison or execution. Attorney General Eric Holder has suggested that further charges may be brought against Abu Khattala, who was added to the government's terror list  in January.

Abu Khattala formed his own private militia during the 2011 revolution, in which Gaddafi was captured and killed. He later joined Ansar al-Sharia, which opposes the democratic process in Libya.

President Barack Obama told reporters that “with this operation, the United States has once again demonstrated that we will do whatever it takes to see that justice is done when people harm Americans.”

He added, "Even as we welcome the success of this operation, we also pause to remember the four Americans who gave their lives in Benghazi representing their country: Ambassador Chris Stevens, Sean Smith, Tyrone Woods, and Glen Doherty. …they exemplified the values that we stand for as a nation, including a commitment to freedom and justice. All Americans should be grateful for their service, just as we are grateful to all our personnel – civilian and military – who represent our country around the globe. We will continue to honor our fallen by carrying on their efforts in support of the Libyan people’s aspirations to live in a peaceful, prosperous, and democratic society."

To-date, Abu Khattalais the only suspect apprehended in relation to the attack, which saw 10 additional people injured. Officials say the suspect will be brought to the United States for trial, but would not reveal where he was being held.

In an interview with American reporters in the weeks after the attacks, Abu Khattala claimed he was not involved directly in the Benghazi attack, but appeared on the scene near the end of the assault.

The FBI also seeks the arrest of Abu Sufian bin Qumu, another Ansar al-Sharia bigwig, in connection with the murders. Bin Qumu was released from Guantanamo Bay to Gaddafi's government in 2007, and Gaddafi set him free in 2008.