REDTEA NEWS
The Real Purpose of the Second Amendment
Why Gasoline Prices May Never Come Down
Are We in Civil War Already?
The Narrative Is So Transparent It’s Laughable
Another Pro-Life Pregnancy Center Firebombed
Attempt on Kavanaugh’s Life Shows the Danger the...
Inflation Causing Americans to Change Spending Habits
American Gun Owners Are the Last Line of...
Democrats Still Don’t Understand Guns or Gun Owners
Ask the Wrong Questions And You’ll Get the...
Home Breaking News Trumpfellas
Breaking NewsElection 2016 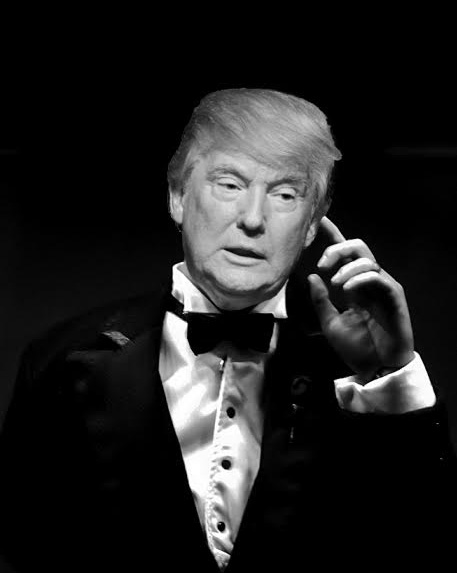 Does Trump Put the “Don” in Donald?

No doubt about it – Donald Trump tells it like it is.  He boasts that he’s not part of the establishment, and he’s certainly not a typical suave politician.  In fact, with his bluff Queens accent, hyperbolic style and aggressive attitude, both with foes and what would traditionally be allies, his style can be reminiscent of certain other high-profile Gothamites…   But does the resemblance end there, or does Donald Trump really have longstanding ties to the mob?

It’s a question people have been asking for decades, and one that begs to be addressed when discussing a presidential candidate whose fortune was amassed in the murky depths of New York construction and Atlantic City casinos.  This week, the Washington Post published yet another article on the subject, this one detailing Trump’s years-long business relationship with Mafia-associated felon Felix Sater.

Ted Cruz also thinks it’s a question worth exploring.  As he told Meet the Press’s Chuck Todd in February, "There have been multiple media reports about Donald's business dealings with them, with the mafia."  Pointing out Trump’s (continuing) reluctance to come clean with his tax returns, Cruz suggested, “Maybe his taxes show those business dealings are a lot more extensive than has been reported."

"The fact that Donald seems terrified to release his taxes suggests that there's a bombshell there.”  Cruz went on to point out that Trump has conducted business with “Fat Tony” Salerno of S&A Construction.  Salerno is now serving time for his illegal activities.  Certainly, the fact the Trump is still refusing to produce his tax returns doesn’t do anything to allay rumors that have dogged the high-profile businessman for decades.

And while many in the heartland may imagine that New York crime families are the stuff movies are made of, the truth is, they do exist, and their destructive influence over a range of industries has been thoroughly documented.  Ironically, now-Trump supporter Rudy Giuliani’s initial rise to political and national prominence was due to his ferocious pursuit and successful prosecutions of top Mob figures, including John Gotti and the other heads of New York’s infamous Five Families.  According to a long-confidential FBI memo, these same Five Families considered assassinating Giuliani before ultimately rejecting the plan.

It’s worth noting that over the decades many developers have worked with mob-affiliated companies simply because crime families often have a monopoly on many necessary services, ranging from waste transport to concrete.  James B. Jacobs, an expert on organized crime, advised PolitiFact that big New York City developers – including Trump – basically had to accept these conditions or build somewhere else.  But he did add, "The contractors and developers weren’t pure victims.”

In fact, Trump seems like a victim than a willing and openhanded participant.  As an October 2015 Washington Post article points out:

“One state examination in the late 1980s of the New York City construction industry concluded that ‘official corruption is part of an environment in which developers and contractors cultivate and seek favors from public officials at all levels.’

Officials with the New York State Organized Crime Task Force later said that Trump, while not breaking any laws, ‘circumvented’  state limits on individual and corporate contributions ‘by spreading his payments among eighteen subsidiary companies.’”

A summary of the candidate’s past dealings with the mob would include:

On the contrary, in a 2013 deposition, Trump claimed he had very little contact with Sater and “if he were sitting in the room right now, I wouldn’t know what he looked like.” But in Tuesday’s Washington Post article, Sater begs to differ, telling reporters he worked with Trump on enough projects that he had his own business card reading, “Senior Advisor to Donald Trump.”  The article also features a photo of the two in 2007, in which Sater is standing less than two feet from the ebullient mogul. So is the candidate suffering from bad memory or denial?

While Donald Trump has never been charged with any illegal activities directly related to the mob, the Washington Post reports, “No serious presidential candidate has ever had Trump’s depth of documented business relationships with mob-controlled entities.”

It’s also clear his frequent and long-term dealings with mob-owned companies, and close ties with proven members of the Mafia, as well as associated politicians and figures in the construction and hospitality industries  is proving  embarrassing.  Last year Felix Sater told the Washington Examiner his opinion of Trump, "He will probably make the best president ever because of his acumen and intelligence and ability to get things done."

Trump frequently boasts of his popularity – but this is one endorsement he’d probably rather do without. 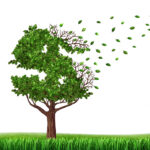 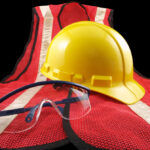