REDTEA NEWS
The Real Purpose of the Second Amendment
Why Gasoline Prices May Never Come Down
Are We in Civil War Already?
The Narrative Is So Transparent It’s Laughable
Another Pro-Life Pregnancy Center Firebombed
Attempt on Kavanaugh’s Life Shows the Danger the...
Inflation Causing Americans to Change Spending Habits
American Gun Owners Are the Last Line of...
Democrats Still Don’t Understand Guns or Gun Owners
Ask the Wrong Questions And You’ll Get the...
Home Breaking News What The Amtrak Crash Says About America’s Infrastructure
Breaking News 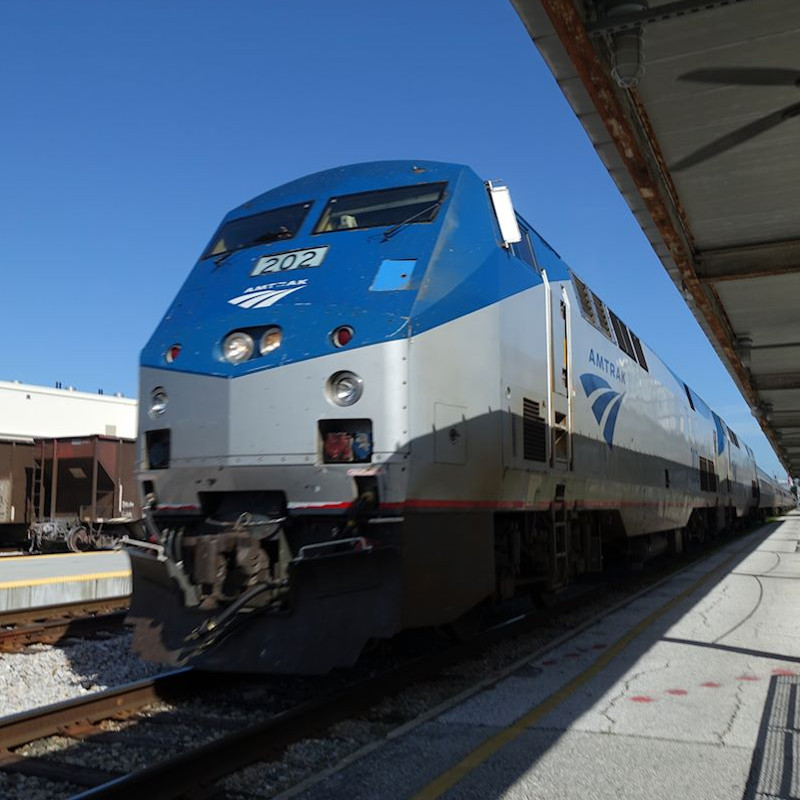 What caused the Amtrak derailment in Philadelphia that killed 7 people will likely turn out to be an engineer going 106 mph on a curve rated for 50 mph. No big mystery there; the laws of physics can’t be cheated.

Beyond the tragedy of lost lives the crash has sparked a wider discussion about why a passenger train running in the heavily traveled northeast corridor was so dependent on a human being paying attention at the controls. In countries where rail travel is more advanced, there would have been warnings and automatic systems would have kicked in to lower the speed of the train before entering the corner.

On a recent trip to gauge the state of America's rail system, I was surprised at just how many people travel by train. We routinely rode in rail cars that were full or nearly full and that reflects rider numbers, which have increased steadily in the last decade. At the same time that more and more people are traveling by train we have slashed our investments in rail travel.

The discussion about the state of Amtrak inevitably leads to a wider discussion about the dismal shape of all our transportation infrastructure. Nationally our roads and bridges are crumbling and air travel still depends on ancient air traffic control technology that’s so old in some cases that replacement parts for key pieces of equipment are difficult to obtain. By putting off needed repairs and upgrades we have deferred trillions of dollars in needed repairs.

In a 2013 study the American Society of Civil Engineers (ASCE) gave America’s overall infrastructure rating a D+. How did a country that used to have a highway system that was the envy of the world fall so far?

You Get What You Pay For

Like with anything else in life, you get what you pay for and America has been neglecting our investments in infrastructure and the cuts have been even deeper since 2007. There was a brief effort to increase infrastructure spending in 2009 which was beat back by Congress. Since then our spending on infrastructure projects has dropped to its lowest level in 65 years. Just since 2009 spending on our roads, airports, levies, water systems and bridges has dropped from 1.4% of GDP to a miserly 0.3% of GDP. Those cuts came as a double whammy after states similarly trimmed their budgets by slashing infrastructure investments.

It’s not unusual to hear people complain that Amtrak and rail transportation is “subsidized” by the taxpayers. It should be pointed out that we subsidize every form of transportation. While we’ve spent $30 billion on Amtrak over the last 30 years, we’ve put $1.89 trillion into road and air travel subsidies over the same time span. User fees were added to the cost of airline tickets to try and recoup some of those costs, but the U.S. still ends up subsidizing the FAA with billions of dollars every year. While the U.S. put $1.1 billion for Amtrak into the budget, the Chinese put $128 billion into their rail system, just this year.

The great recession presented a golden opportunity for the U.S. to invest in infrastructure projects when interest rates were near record lows. Investing in schools, dams, roads, rail and new runways would have eased unemployment, particularly among working class families. China used the economic slack time and available labor in a furious series of building projects that saw an expansion and modernization of their hydroelectric power and high speed rail systems. By contrast, the U.S. slashed infrastructure spending over the same time period and laid off workers had little to do other than sit around and listen to our bridges rust.

The biggest problem may be one of perception rather than the will of the people. We’ve lost sight of the fact that roads, bridges, runways, air traffic control systems, trains and broadband are not expenses, they’re investments. Better roads means good and services can get where they’re needed more efficiently. Better schools build a more educated workforce and wind turbine and solar farms means cheaper power for factories and businesses.

Infrastructure is the foundation and lifeblood of capitalism and, without those investments, we’ll see our economy stagnate and countries abroad that are not our friends will magnify themselves at our expense.