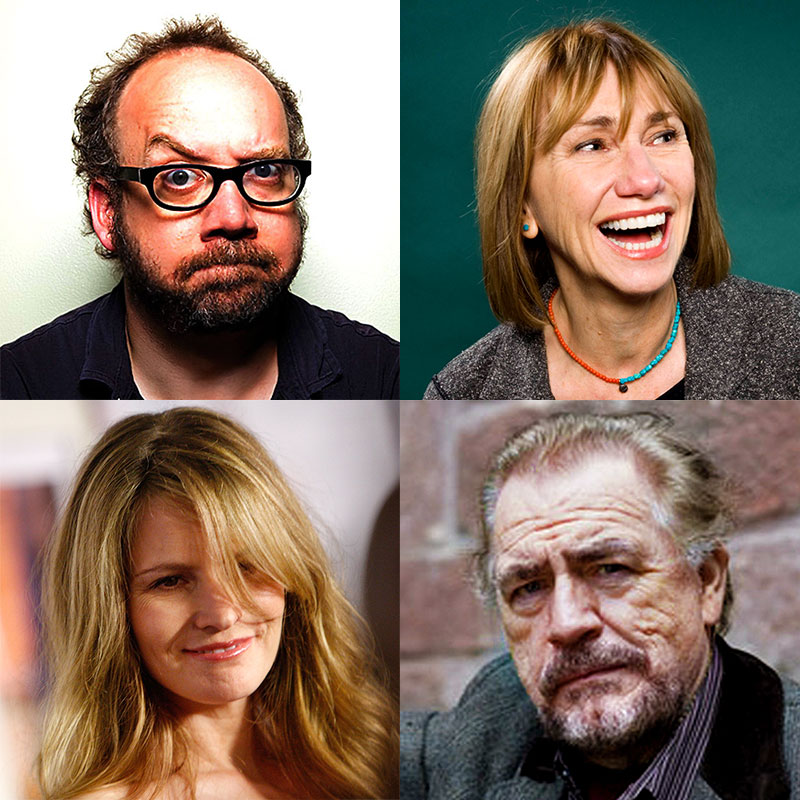 We’re about to commit a major crime — we’re going to call your attention to only four noted Hollywood character actors. Yet since Hollywood’s beginnings shortly after the turn of the twentieth century, hundreds of excellent ones have graced the big screen. Some, though long passed, still stick in our memory (Claude Rains in Notorious and Casablanca, Jack Warden in The Verdict and Shampoo, Geraldine Page in Dear Heart and The Pope of Greenwich Village); yet others have faded from fame (Steve Brodie in the Home of The Brave and Jo Van Fleet in East of Eden).

Thanks in good measure to more sophisticated film scripts over the years, character actors' work has become essential for the emotions and motivation they stir in the stars of the films in which they appear.

As scripts have gotten better, and as agents have become more aggressive, character actors have found themselves making bigger money over the years. While the money might not be quite as big as that paid out to their starring-role peers, they get to work more frequently. And when a character actor gets to work at the very top of his game, the distinction between whether he is a great character actor or a great starring actor blurs. Dustin Hoffman, Robert De Niro, and Gary Oldman are notable examples of this blurring effect.

Here are four noted character actors who continue to intrigue and amaze in each and every performance they deliver.

Just when we thought we could grow closer to him when he portrayed men in dire straits (Win Win, Sideways, Parkland), the actor-son of the former baseball commissioner took film audiences by surprise when he portrayed a dyed-in-the-wool SOB in 12 Years a Slave, put-upon Fed Chairman Ben Bernanke in the TV movie Too Big to Fail, and Friar Laurence in Romeo and Juliet.   With performances like that of President John Adams, and that of the pharmacist Homais in the soon-to-be released updated film version of Madame Bovary, Giamatti’s range seems limitless. Yet true to the spirit of any professional actor who knows himself well, Giamatti has sagely observed “I’m clearly not Brad Pitt and am never going to be Brad Pitt.”

Is there a limit to the ruthlessness of a Washington bureaucrat? Filmgoers found out otherwise when Cox as CIA executive Ward Abbott stabbed to death a telephone repairman to cover his own tracks as a line-tapping counter-operative in The Bourne Supremacy. Could this be the same actor who was the generous and concerned father-in-law in Woody Allen’s Match Point, and the affectionate and threatened father of the Rachel McAdams character in Red Eye? Each of these characters is portrayed by Cox as being straight-up American. But the truth is that Cox himself is a native Scotsman, with a burr as thick as a sandwich spread. What’s more is he’s a seasoned Shakespearean actor, having worked extensively with the Royal Shakespeare Company and the National Theatre. Who Brian Cox really is God only knows. For some hint of his true identity, you’ll have to deal with the assembled pieces of the many characters he so aptly portrays.

Although she’s built her career on interpreting distinct characters, each of Kathy Baker’s roles reveal a big heart and pervasive gentleness. Her singular talent is not so much to become a chameleon as much at it is to provoke deeply buried tenderness in the tortured and gruff male characters that play opposite her. In the 1989 film Jacknife, she hangs in as the passive but loving sister of the Ed Harris character, Dave, as he goes through an explosive period of post-traumatic stress disorder brought on by his service in the Vietnam War, until he manages to make peace with his violent past. In the film Clean and Sober (1988), Baker again shows her extraordinary gentle side when she helps reform fellow drug addict, Daryl Poynter, played by Michael Keaton. Among the many honors she’s received, Baker has been nominated for Golden Globe, Independent Spirit, and Screen Actors Guild Awards. In 1994, she won the Golden Globe award for her portrayal of Jill Brock in the TV drama Picket Fences.

Noted for her fearless portrayals of eccentric and screwed-up women, Lee is well-known in Hollywood for her exhaustive research for each role she plays. Having stated she doesn't care to be in films that make money, she courts the odd and the offbeat. She frequently manages to pull off her art without the sexuality that’s become the sine qua non for any young contemporary actress. In the 1990 film Miami Blues, she was every bit the weird match for the off-the-charts nutcase played by Alec Baldwin; and in Single White Female, she gave a chilling performance of a homicidal roommate. In the 1995 Stephen King film Dolores Claiborne, she was memorable as the bitchy, ungrateful daughter of the Kathy Bates title character.

Character actors have proven themselves the true dramatic glue of modern motion pictures. We’re initially drawn to a particular movie for the hype and bankability of a film’s stars; but when we walk out of the theater, we realize it was the character actors who made a good film better. 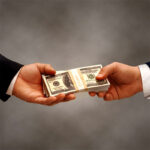 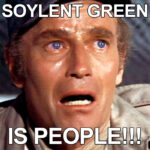