REDTEA NEWS
Why Is the Military Facing Recruitment Problems?
Has Zelensky Gone a Step Too Far?
As Gas Prices Remain High, US Sells Oil...
Fauci Thinks Lockdowns Should Have Been Stricter
Good Guy Takes Down Bad Guy, MSM Goes...
DC Homeless Shelters Filling Up With Illegal Immigrants
Inflation Still Rising: Are You Feeling the Pinch?
Japan, Abe, and Gun Control
Don’t Interrupt Your Enemy When He’s Making a...
Democrats Don’t Care How Much You Suffer
Home News Ajit Pai Swats Down National Security Council’s Leaked Plans to Take Over US 5G Networks
News 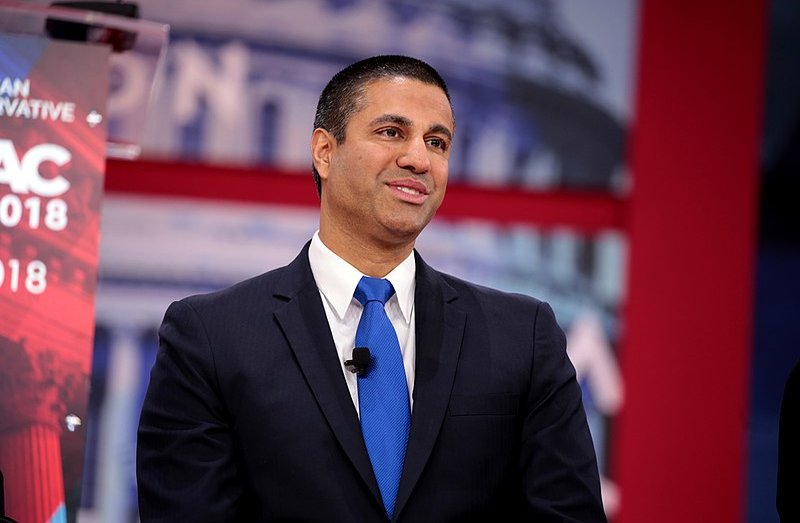 Leaked sensitive documents obtained by Axios from a Trump administration official revealed that a senior National Security Council official outlined a plan for how the government could nationalize America’s 5G networks. The documents attempted to make the case for why 5G networks should be centralized and offered two avenues to accomplish this. The first was for the US government to pay for and build the nationalized network. The second idea was to have wireless providers build their own competing 5G networks.

Ajit Pai, the current Federal Communications Commission Chairman, and who happens to be a strong free market advocate, pushed back on the plan publicly. He issued a statement after reports of the 5G nationalization plan were published, stating that he opposes any such proposal. Pai emphasized that such a plan would be costly, ineffective, and most importantly, unnecessary. He noted that America has already been a leader in 4G technology and that “the market, not government, is best positioned to drive innovation and investment.”

A source “familiar with the documents,” told Axios the NSC’s major concern is America’s ability to compete with China and be secure from Chinese cybersecurity threats. The nationalization of such a huge private industry would be an unprecedented move by the US government to take control of the airwaves. The government claims that it would leave other spaces where private companies could build. However, making such a move under the guise of national security would set a precedent that could lead to a complete government takeover over time.

The outline emphasized that the option to secure the US from China’s 5G encroachment was for the government to build the network itself and rent access to top carriers. The federal government would “create a federal process for installing the wireless equipment, preventing states and cities from having their own rules for where the equipment could go,” reported Axios.

The NSC documents also suggested that the US could set an example for other allies currently struggling against China’s “neo-colonial behavior.” The memo states that without a nationalized 5G network, we are at a “permanent disadvantage to China in the information domain.”

The US Treasury’s Committee on Foreign Investment in the United States (CFIUS) has also been pushing the administration to take a more protectionist stance on wireless technology development in the name of national security. In March, CFIUS recommended that President Trump not allow Singapore-based Broadcom Ltd.’s takeover of San Diego-based Qualcomm Inc. Trump issued an executive order blocking the deal after CFIUS warnings that the merger would “allow Huawei, a Chinese company to take the lead” in 5G technology.