REDTEA NEWS
Tank Gift to Ukraine Exposes the Sad Reality...
The Government Thinks We’re the Terrorists Now
FBI Admits It Uses CIA and NSA to...
Democrats Are About to Learn That Turnabout Is...
If You Like Your Gas Stove, You Can...
McCarthy’s Woes Are Payback a Long Time Coming
The Response to the Twitter Files Is Telling
Are San Francisco’s Killer Robots the Wave of...
The Genocidal Tendencies of Climate Change Crazies
The Siren Song of Being “Moderate”
Home News Anti-Regime Protests in Iran Spread as Crowds Chant “Death to Dictator”
News 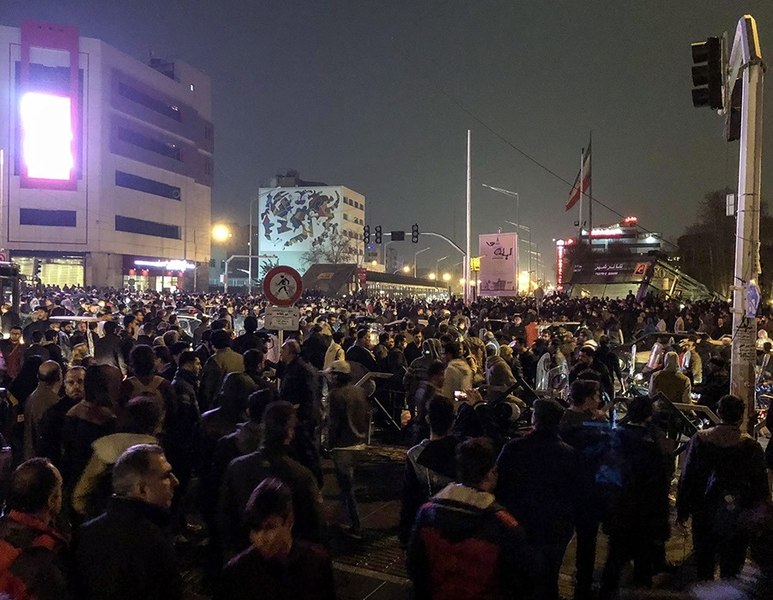 Protests in Iran over worsening economic conditions and government oppression have now reached over 80 cities in Iran, and in recent weeks have involved crowds of thousands of people as the effects of reinstated US sanctions kick in. Iranians have been experiencing worsening economic conditions and are angered by their government’s inaction and corruption.

The population has been facing a plummeting currency value, water shortages and electrical outages, rising prices, and an oppressive government that has not hesitated to use deadly force against protesters. Citizens have also voiced frustration that the government has refused President Trump’s initial offer to discuss a new nuclear deal and has continued to send taxpayer dollars to the Hezbollah and Hamas terrorist organizations.

Videos have shown protesters marching through the streets chanting, “Death to the dictator! Death to Rouhani!” and “Islamic regime must get lost!” Other videos have shown dozens of buses lined up since over 6,000 bus drivers in Tehran were stranded without gas after the government refused to pay back its debts to a contractor that provides drivers with fuel, according to Fox News. Another video recorded a bus driver shouting, “How dare the regime send money to Hezbollah and Palestine when the country is in trouble. Our revolution’s aim wasn’t to support dirty [Hezbollah leader] Hassan Nasrallah and we can be oppressed here. Enough.”

These protests do not seem to be enough to make Iranian President Hassan Rouhani reconsider President Trump’s offer to talk. Rouhani stated that he had no problem relying on China and Russia for help with the oil and banking sectors in the face of reinstated US sanctions. But these partnerships would have to keep Rouhani from a deep hole of economic distress that is being exacerbated by a weak domestic economy. And instead of spending money on economic recovery, Rouhani has been sending money to Syria, Hezbollah, and Hamas.

As noted by Lisa Daftari on WMAL radio, Iran will be looking to the EU (also a weakening institution) to save the country since much of the Arab world has turned away from the incapacitated nation. Daftari also pointed out that the sanctions applied by the Trump administration August 7 are more targeted and are therefore more damaging. Daftari, who has spent her career covering Iran, believes the regime will crack down on its own people before coming to the table with the US anytime soon.