REDTEA NEWS
Catholic Pro-Life Speaker the Latest Victim of DOJ...
New York Doesn’t Want Good Guys to Stop...
Top FBI Agent Forced Out After Allegations of...
Who Is the Real Threat to Democracy?
A Dozen Federal Agencies Behind the Online Censorship...
Government Is Behind Much of the Social Media...
Hunter Biden’s Laptop Repairman Alleges FBI Tried to...
Can You Trust the FBI Not to Steal...
Is General Milley Guilty of Insubordination?
Raid on Trump’s Home Highlights the Dangers of...
Home News Black Captain America and Female Thor Are Not Pioneers
News 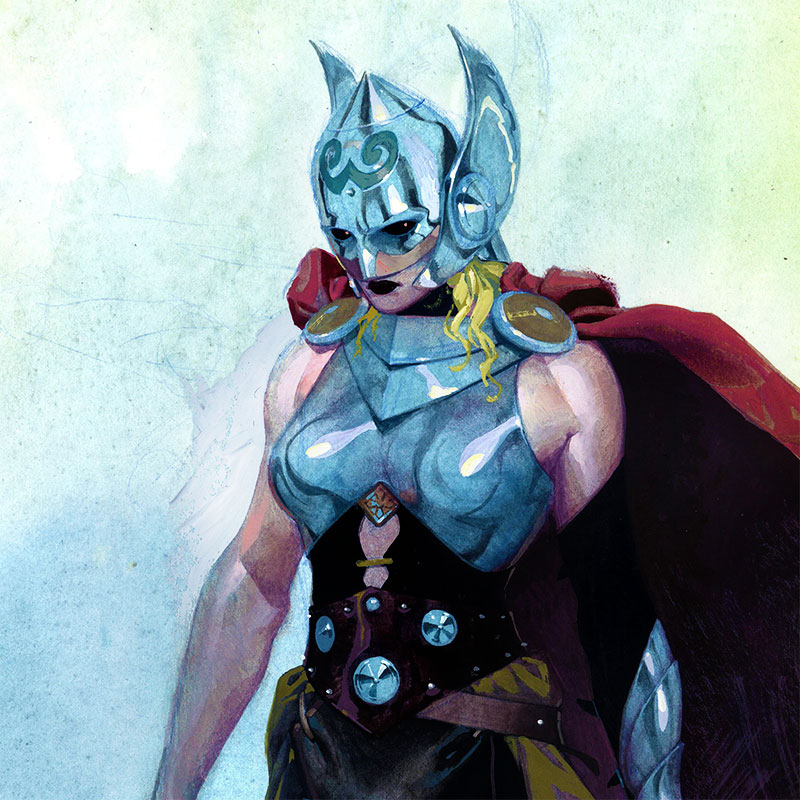 This week, it was three cheers for the red, white, and black, as Marvel Comics announced that the role of the venerable and very white Captain America will be taken over by the Falcon, an African-American from Harlem. The new version will debut in November.

That news comes on the heels (no pun intended) of the announcement that Marvel will remake its Thor character into a woman. No, not via the knife. It’s a product of being able to hold the hammer Mjolnir, which the male version of Thor is no long worthy of, but the muscular “new” She-Thor can do. Of course, that leaves an easy way back for the male version, who can always ask the black version of Norse God Heimdall for tips on what to do when someone usurps your traditional role.

Yes, the comics are at it again, turning the tables on long-standing heroes in order to gin up a few collectible issues and a brief bump in sales for a title. It’s a time-honored tradition in comics, dating back to the ‘60s, when heroes gradually became more than noble dudes and the rare dudette who fought for justice. In keeping with the times (and the innovation of Marvel Comics), the heroes of the era began to consider larger issues (except for the old, “what gives them the right to be judge and jury” issue).

The comics have sneaky ways of changing things up. There are alternate universes, Earths in different dimensions, reboots, imaginary stories (a neat trick, since all of the stories are already imaginary), changes in continuity, and other plot devices. All are in service to keeping characters and scenarios fresh and interesting for readers, and particularly for the writers and artists.

Not everyone likes when characters change, and some of the stories where they do are so contorted as to need a separate reader’s guide. But the magic of comics is the same as any literature — you can change the canon at a whim, then reboot it back to where it was when the new storyline runs its course or proves unpopular.

Change Without a Phone Booth

While the recent Marvel character changes have attracted huge media attention, they’re far from the only switches that have gone down in comicsdom. Here’s some of the more memorable ones:

CLAIRE KENT: In Superboy #78, the younger version of Superman saves an alien woman from a crashing ship, but makes the fatal error of criticizing her driving. Voila, alien Shar-La transforms him into Claire Kent. Superboy goes with the flow and becomes Super-Sister, telling anyone who will listen that she has traded places with her brother. The townies in Smallville, a hick town if ever there was one, amazingly take to the trans-hero and avoid asking any Glen or Glenda questions. In the end, the transformation is revealed as an alien illusion, and Superboy learns not to ridicule women drivers. At least out loud.

SUPERMAN TIMES FOUR: In the early 1990s, DC Comics "killed" Superman, and four new characters emerged to take up the title. One of them was African-American steel worker John Henry Irons. When Superman returned, Irons became known simply as "Steel," and still hangs around the DC universe. Good thing he didn't work as a shoe salesman.

THE REAL NICK FURY: The original Nick Fury was a white Army sergeant in World War II. Post-war, he found a cushy job as the leader of the espionage group SHIELD. But a funny thing happened along the way — a new comics writer decided that Nick Fury should be black, so he created another universe where such was possible. The black Nick Fury in the comics was modeled on actor Samuel L. Jackson, making for an easy transition when the movie version required the Fury character to appear. Today, while white Nick Fury presumably fights on in another universe, the Fury we all know is Jackson, who has usurped the original role.

GREEN LANTERN SCORECARD: You need a scorecard to keep up with which version of this hero you’re dealing with. There’s the Golden Age version, the Hal Jordan test pilot, the black Green Lantern (who also became the animated TV version), and the gay Green Lantern (who was the original Golden Age/Earth 2 Green Lantern with a new storyline), and finally the movie version (who once again became white). Can a gender switch to complete the circle be far away?

WHEN IRON MAN CRAVED IRON CITY: Tony Stark may be a “genius/billionaire/playboy/philanthropist,” as he stated in The Avengers film, but some of his greatest battles have been with the bottle. After Stark's second relapse into alcohol, his best friend James Rhodes briefly stepped in and took over the Iron Man identity (which was convolutedly hinted at in the film Iron Man II. Thankfully, the custom iron suit fit him perfectly in the inseam, and he later became the Marvel hero War Machine when Stark eased up on the boozing.

A GIANT DIFFERENCE: African-American scientist Bill Foster succeeded fellow lab experiment Henry Pym as Giant Man. Like Pym, he couldn’t make up his mind what he wanted to be called, so Giant Man gave way to Goliath, then morphed to Black Goliath, presumably to clear up any confusion between 15-story men of different skin pigments. 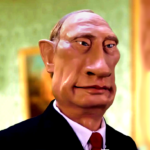