REDTEA NEWS
Democrats Don’t Care How Much You Suffer
The Real Purpose of the Second Amendment
Why Gasoline Prices May Never Come Down
Are We in Civil War Already?
The Narrative Is So Transparent It’s Laughable
Another Pro-Life Pregnancy Center Firebombed
Attempt on Kavanaugh’s Life Shows the Danger the...
Inflation Causing Americans to Change Spending Habits
American Gun Owners Are the Last Line of...
Democrats Still Don’t Understand Guns or Gun Owners
Home News Cruise the World on a Freighter — Yes, a Freighter
News 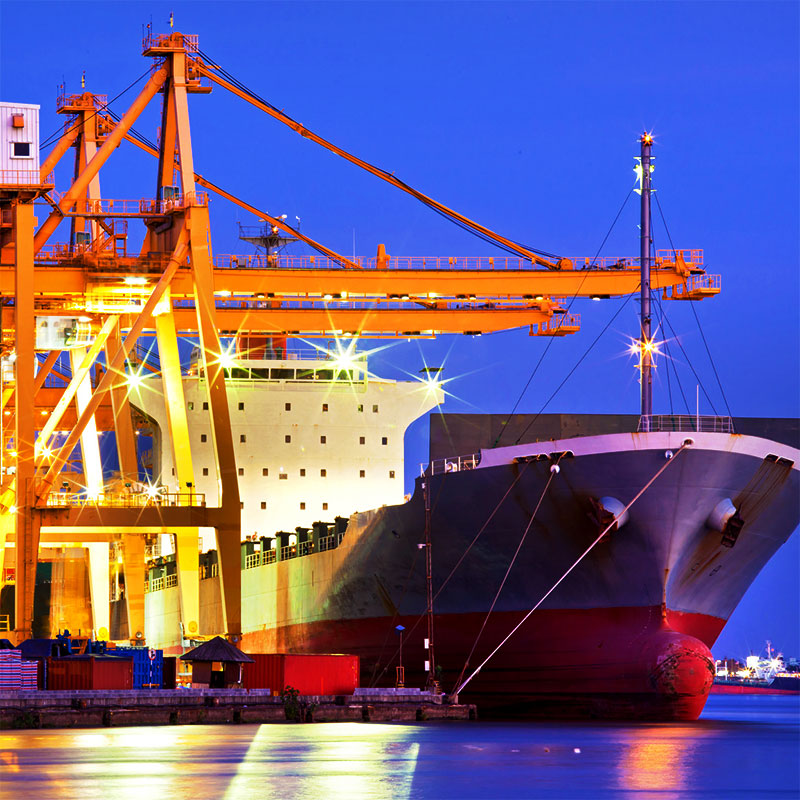 That’s a magical phrase in many households. Imagine the cushy deck chairs, the pina coladas, the lavish pools, the spectacular nightlife, the exotic midnight buffets stretching out in endless abundance.

But wait a minute. Your spouse didn't mean they would be booking Carnival, Royal Caribbean, or Viking. They had something different in mind: all aboard a merchant freighter!

If you've been wondering why the divorce rate is so high, perhaps you should look into this little-known area. Yes, people are actually booking passage on the same freighters that take cargo containers between the world’s ports.

We know your first questions: Are these people insane? Are they cheap? Insanely cheap? Maybe.

But cruising on a freighter actually isn't a bad experience if you’re good at keeping yourself amused, and don’t need the nightlife or the rock-climbing wall. And no, you won’t be sleeping in a steel bunk in the hold next to an alcoholic sailor with a bad cough. The amenities are actually pretty good on some freighters, and as long as you’re flexible and somewhat independent, they make for a viable alternative to the traditional cruise lines.

A host of worldwide passenger freighter and working merchant ships offer cruises worldwide. These include container ships, which carry blocks of shipping containers; supply and mail ships, which hit isolated coastal communities and islands; tramp steamers, which are the short notice haulers of the sea; and general cargo ships, which handle large goods.

Most of them are French or German containerships that have 20 international officers and crew on board. They typically have accommodations for 4 to 12 passengers on round trips and longer, one-way voyages. The average port time is one day.

The freighter cruise phenomenon has been covered fairly extensively in the travel press, so it’s not just an obscure hippie thing — although it wouldn't hurt to have a laid-back attitude. That’s because there are sometimes delays along the way, and while the ships travel much faster than they used to, it’s still a different experience than a regular passenger cruise ship. For one, there’s the time commitment: most freighters are out at sea for 120 to 130 days at a time when you’re on a cross-continental journey. Of course, you can stick closer to shore and jump between locations, but it still will take several days to traverse between ports. No wham/bam stops in tourist towns for these working ships.

You have to organize your own shore visits, which generally last for a day, but can be as quick as a half-day, depending on the ship’s loading schedule. It’s a business, after all, and time is money.

Still, the amenities on some ships include TV, book & video libraries, exercise rooms, swimming pools and, on larger ships, elevators. The ships go pretty much anywhere you’d want to go, although you’ll be greeted by stevedores rather than girls throwing flowers.

Of course, the crew is a working crew, and playing canasta with you isn't their priority. But travelers usually report pleasant interactions with them, sharing a drink and a meal in generally pleasant company.

How will you spend your days? Hint: bring plenty of good books, learn to relax, walk the decks, explore the interesting aspects of a world-traveling freighter, enjoy your interactions with whoever else is on board, and generally spend some time contemplating the vastness of the sea and the tiny speck of life that you represent in comparison. There are bars on board, although most times they’re deserted until the evening, and it’s not uncommon for the ship’s crew to spend time watching TV or movies with its guests.

In other words, garish entertainment, vulgar comedians, and discos aren't part of the scene. The food is usually simple and ample, although some chefs are more inspired than the others. Wine is served with the dinner meals, and you can buy some more alcohol from the ship’s stores for a moderate cost.

Here’s the real seller: the average cost is about $100 a day for a freighter cruise, or about ten times less than you’d spend on a traditional liner. While some around the world cruises are in the $50,000 range with all amenities, you would spend about $12,000 for a freighter version. You have to be in good health and provide certification of same (some ships require extensive walking on staircases, not exactly the stuff for out-of-shape elders). There is an age limit as well, which varies between freighter lines.

So what are you waiting for? You know you've always wanted to spend time at sea. Only now you can do it without taking out a second mortgage.