REDTEA NEWS
Derek Chauvin Found Guilty: Now What Happens?
Hoyer’s Hypocrisy on Afghanistan Troop Withdrawal
Is BLM Founder Enriching Herself at Activists’ Expense?
The Mainstream Media Is the Propaganda Arm of...
Will Hunter Biden Escape Justice Once Again?
New Round of Protests Besets Minneapolis
YouTube to Help Biden by Hiding “Dislikes”
Biden Bypassing Congress to Trample the 2nd Amendment
Free Speech and Fairness? The Left Thinks They’re...
Breaking the Rules: How the Left Wins
Home News Do We Live In A Police State?
News 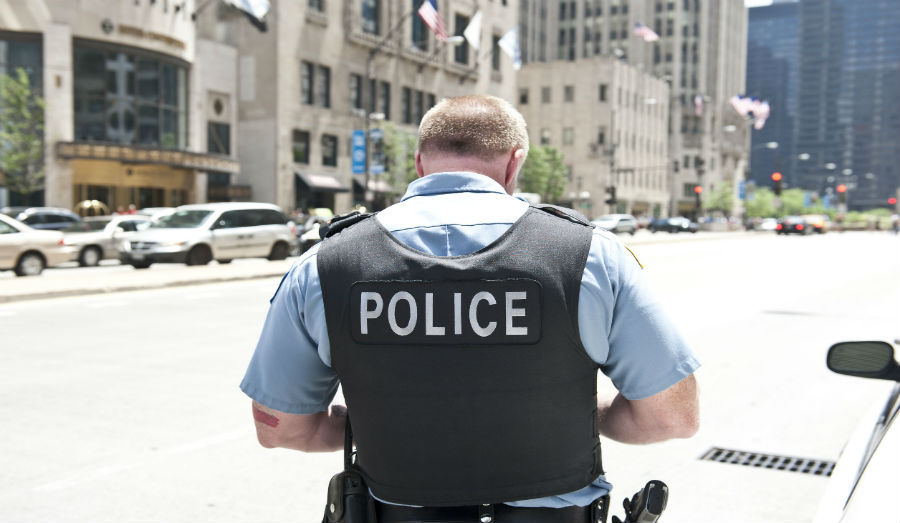 No one wants to have to admit that their government has become a tyrannical and oppressive police state. Instead, justifying, rationalizing, and burying one’s head in the sand is much easier. This is especially the case when popular media outlets, governing institutions, and mainstream narratives are all chanting in unison that “you have nothing to fear if you have nothing to hide.” This is nothing more than a clever way to justify the loss of freedom in exchange for a false sense of security. Here are three signs that we live in a police state.

Police Are Armed With Military Grade Weapons and Equipment

Police departments across America for years now have been receiving military grade weaponry and equipment through the 1033 program. Police forces possess enormous levels of military arms, night vision devices, military Humvees, mine-resistant ambush protected vehicles, drones, aircraft, and even surveillance technology. None of this equipment is necessary for police to have on American soil.

Police departments, especially in big cities, have become small armies. Former New York City Mayor Bloomberg used to brag that the NYPD was his personal army. And consider that in 1980 there were about 3,000 SWAT raids per year in the US; today that number has grown to over 80,000 per year, many of which are botched raids that harm and kill innocents.

The NSA collects billions of phone calls, emails, location details, and bits of information regarding your internet browsing activity. They do not need a court’s permission to browse and access the information they collect. The NSA has repeatedly lied about its activity, even lying to Congress, and the only reason we know all of this is because of brave, patriotic whistleblowers who told the American people the truth about their government’s unconstitutional activity. Sadly the government and many Americans view whistleblowers and truth-tellers as traitors and criminals.

Law Enforcement Serves the State Instead of the People

When the police no longer serve the interests and work for the safety of the public, but instead work to enforce the power and will of the state, that is how you know we’ve become a police state. And oftentimes enforcing that power of the state will come at the expense of the safety and livelihood of the public.

It has resulted in the overcriminalization of the American people, where 1 in 3 citizens have a criminal record, and where the US has 22% of the world’s prison population. Police departments are focused on extracting as much revenue out of the public as possible, instead of actually solving real crimes. And the Supreme Court has even ruled that police have no obligation to protect you. Do you feel safe yet?