REDTEA NEWS
Can Massacres Like the Uvalde Shooting Be Stopped?
The Establishment COVID Consensus Is Cracking
Will Monkeypox Be the Next Big Health Scare?
Are Democrats Going to Push Price Controls?
NIH Royalty Payments Bring Up Conflict of Interest...
The COVID Narrative Is Changing Before Our Very...
Dishonesty Is the Left’s Stock-In-Trade
FBI Whistleblowers Coming Out of the Woodwork
Are You in a Government Database? Probably So
Leftist Tolerance on Display in Wake of Roe...
Home News Do We Really Need a TSA?
News 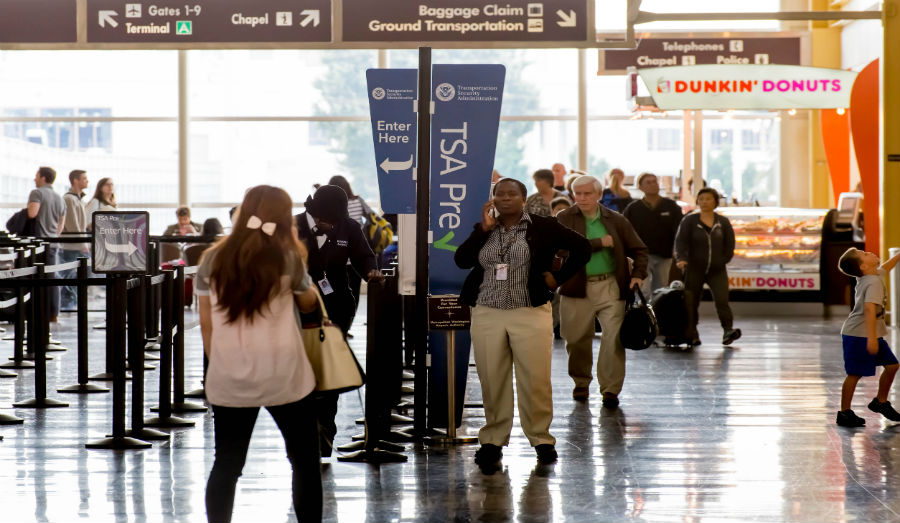 Since the inception of the Transportation Security Administration (TSA) and the government take over of airport security post-9/11, the TSA has done an outstandingly terrible job. It is awful at screening for prohibited and dangerous items, abysmal at actually catching terrorists and keeping Americans safe, it irritates consumers and infringes on their privacy, and it does this lousy job while wasting mind-blowing amounts of money.

In an internal investigation of the TSA, the Department of Homeland Security (DHS) had undercover agents attempt to smuggle mock explosives and weapons. The DHS managed to successfully smuggle the contraband past TSA 95% of the time.

When it comes to stopping and capturing terrorists the TSA is also abysmal. In fact, it refuses to say if it has ever caught a terrorist. Its behavior detection program designed to thwart terrorism doesn’t work, according to its own research, and possibly involved racial profiling and targeting of minorities.

Congressman John Mica (R-FL), pointed out “that Richard Reid, the ‘shoe bomber,’ was stopped by alert passengers, not by the TSA. The father of the ‘underwear bomber’ warned the government about his son, but the TSA still allowed him to fly with a bomb in his underwear. Only passengers prevented him from detonating it. After the Times Square Bomber’s attack failed in 2010, the man ‘ordered his ticket on the way to JFK, went through TSA, [and] got on the plane.’”

When it comes to spending, the TSA is painfully wasteful. The previous private screening companies spent $820 million per year; the TSA spends 10 times that, at $8.2 billion. When creating the TSA, Congressman Mica added a provision where airports can opt out of “federalized” security. The San Francisco airport took advantage of this and hired a private screening company. A leaked 2007 TSA study found that San Francisco’s private airport screener is twice as good at detecting fake bombs as the TSA. Customers also found the company to be friendlier, more helpful, more efficient, and the lines to be much shorter and faster.

Canada, Israel, and some European countries have forms of privatized airport security. Canada’s aviation security expenses are 40% less per capita and 15% less per traveler than in the US. Israel and European countries allow private companies to compete for contracts, and it is that competition that drives up quality and effectiveness and drives down prices and waste.

The TSA does not make Americans safer, it does not offer high quality airport security and screening, and it rarely if ever actually catches terrorists. It is incredibly inefficient and wasteful and it is coming at the expense of the taxpayer’s wallet, the individual’s right to privacy, the customer’s experience at the airport, and at the expense of our safety and security. It is time we abolish the government monopoly that is the TSA and allow competition to flourish.