REDTEA NEWS
The Real Purpose of the Second Amendment
Why Gasoline Prices May Never Come Down
Are We in Civil War Already?
The Narrative Is So Transparent It’s Laughable
Another Pro-Life Pregnancy Center Firebombed
Attempt on Kavanaugh’s Life Shows the Danger the...
Inflation Causing Americans to Change Spending Habits
American Gun Owners Are the Last Line of...
Democrats Still Don’t Understand Guns or Gun Owners
Ask the Wrong Questions And You’ll Get the...
Home Breaking News What The Intel Miss Means For The Future Of Computing
Breaking NewsNews 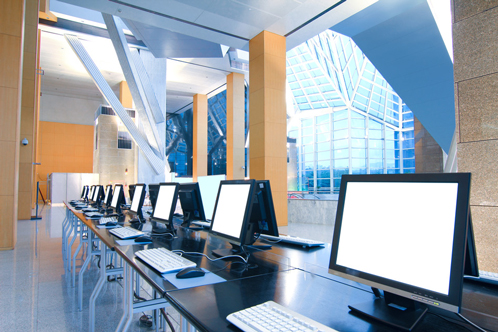 The bad news from Intel was worse than anyone expected and the changes the company announced in the wake of dismal earnings speak to seismic changes ahead in the PC industry. Not only did Intel miss on earnings but they’re laying off 12,000, eleven percent of the company’s employees, and two of the company’s top execs announced they were leaving. This won’t be the last layoff for Intel as the company seeks to transition to cloud storage and smart devices.

If the first quarter of 2016 was not great for the general economy it was a disaster for the computer industry. PC sales cratered, down nearly ten percent from last year and dropped to 2007 levels. And the bad news for the venerable old PC is just going to get worse.

This is a trend we could have seen coming years ago had we just looked to Japan. The PC has been dying over there for at least a decade longer than it has in the U.S. and the trend toward smart, small and connected devices has only accelerated.

Who Needs a PC?

The simple question that highlights the dismal road ahead for PCs is who really needs one anymore? As portable devices like tablets and smartphones continue to become more capable, the incentive to carry a full size laptop or the need for a desktop PC continues to decline. These days you need a reason to have a PC, like an application that requires the memory and processing power of a bigger machine. Applications like professional video editing, batch photography processing, engineering design and a handful of other applications are part of a diminishing number of applications that need a powerful desktop. Just a few years ago word processing would be on that list but the rise of powerful web-based word processing apps, like Google Docs, that can function on just about any mobile device, has cut into what has traditionally been one of the go-to functions for PC computing.

In the early days of mobile technology a device like a cellphone just didn’t have the processing power to run web-based word processing and spreadsheet apps and the screens were impossibly tiny. Modern cellular devices, with retail prices anywhere from $500 to $700, bring increased screen size and capabilities to mobile devices. It’s much easier to add a keyboard to a tablet or smartphone than it is to haul a full size laptop. As WiFi becomes more ubiquitous in the world, web-based productivity apps become more integral to business processes.

Also called “cloud services” it’s really just server-based big data applications that use a set of protocols to connect over the internet, called an API. Those massive cloud platforms are offered by companies like Amazon, Oracle and Adobe. Anyone with a bit of programming skill can create an app for any connected device that leverage the power of those massive online data farms. Most cloud storage is priced by how much space you use on the server, which is incredibly cheap compared to running your own servers. That means anyone with a bit of programming skill and a dream can stand up an enterprise scale application that runs on inexpensive connected devices. All the security, licensing and backups are handled by the service providers, some of which specialize in specific industries and in business to business applications.

Death Of The PC Is Imminent

The PC will likely limp along a while longer but the hand is definitely writing a dismal future for PC sales on the wall. As inexpensive connected devices become more capable there’s simply less incentive for internal networks of connected PCs.

If it’s any consolation, it’s not just PCs getting dinged. When you can watch streaming high definition television shows on your phone or tablet, there’s less need for a second or third TV in the house. Many young people don’t even own a TV these days and there’s little incentive to get one. It’s just more junk to haul around for a generation that wants to live light and be mobile. 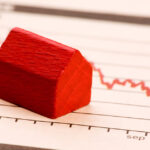 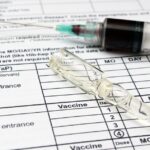