REDTEA NEWS
Hollywood Elites Befuddled by Concerns of Ordinary Americans
The Medical Industry Continues to Fail Patients
Red Wave? What Red Wave?
Leftists Melting Down as Musk Takes Over Twitter
Fetterman’s Disability Can’t Be Covered Up
Kanye West the Latest Victim of Last Gasp...
Alex Jones Verdict a Loss for Free Speech
Under Biden, Even the Air Force Can’t Escape...
While US Continues to Focus on Russia, China...
Democrats Maneuvering to Make the Deep State Permanent
Home News Is Europe’s Immigration Situation as Bad as the US, or Is It Even Worse?
News 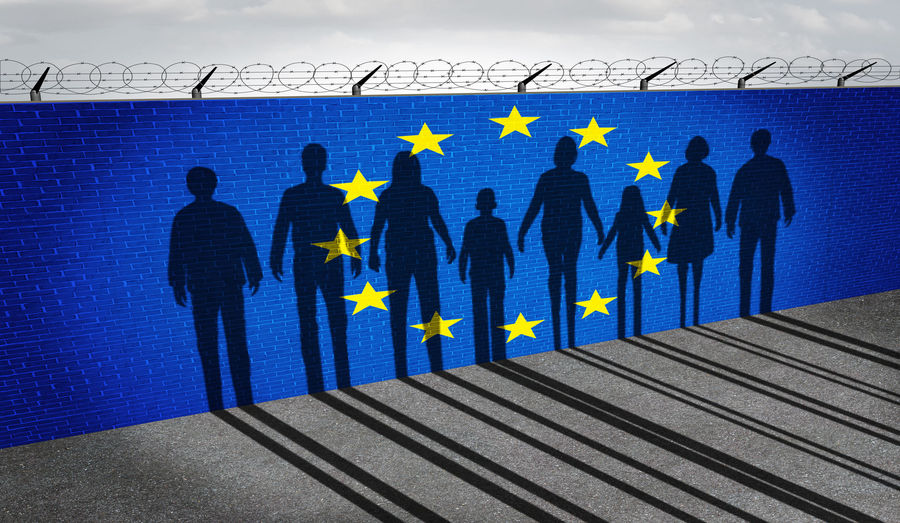 While many in the United States feel that the immigration situation is bad, and getting worse all the time, the reality is that the number of immigrants coming to the US, both illegal and legal, is declining. Furthermore, as a nation of over 300 million people, the US can continue to absorb immigrants without huge immediate changes to our national culture. While immigrants have changed the face of the country over time, it has been so gradual that many aspects of immigrant culture have been absorbed into American culture. Pizza, anyone?

While there are certainly aspects of some foreign cultures that we don’t want to import, crime being among them, the US is still in a relatively strong position to do something about it. And despite the numerous articles about the porosity of US borders, the US still is in a strong geographic position. Just like a Japanese or German invasion of the US would have been impossible during World War II, a similar invasion by immigrants would be difficult today, especially now that border security is being stepped up.

Europe, on the other hand, is in a much more precarious position. Attached via land to Asia, and with thousands of miles of coastline which immigrants from Africa can penetrate, the European Union has a much more difficult time combating illegal immigration. It’s no secret, either, that immigration to the EU has increased significantly in recent years. Poor economic conditions in Africa and military conflict in the Middle East have combined to send a surge of immigrants towards Europe.

Imagine 4-5 million immigrants a year coming to the US and you have an idea of what Germany and its neighboring countries are going through. The sheer number of immigrants is overwhelming the country’s resources, and it’s been like that for a while. Those were just the numbers from 2016, when an estimated 500,000 total illegal immigrants entered the EU. The numbers were even higher in 2015, when nearly 2 million illegal immigrants alone entered the EU, out of 4.7 million total immigrants. In some areas the number of immigrants passing through on their way to Germany reached into the hundreds of thousands in just a few weeks. That’s not immigration, that’s an invasion.

Given that some of the immigrants who arrive in Europe are already radicalized or are fertile ground for radicalization by Islamic terrorists, and that crime committed by immigrants is rising, it’s understandable that Europe has seen a major backlash against immigration. Anti-immigrant parties are on the rise, but it remains to be seen whether Europe can do anything to stem the tide of migrants. Looking at it that way, we almost have it easy here in the US. So every time you think that the immigration situation here is bad, just remember that it could always be far worse.