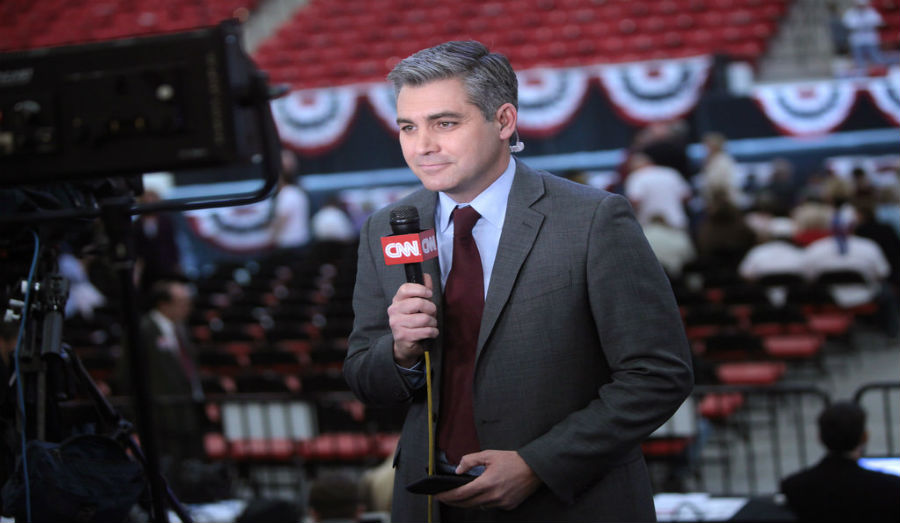 CNN’s Jim Acosta, who has been determined to cause a scene at every press conference as of late, attempted to stump White House Press Secretary Sarah Sanders by asking her if she could point to any specific instance where the media purposely misled the American public. Acosta apparently had a hard time accepting President Trump’s criticism of Washington Post reporter Dave Weigel’s posting of an intentionally misleading picture of empty seats at President Trump’s rally in Pensacola, Florida that was a packed event.

After a few weeks of obvious anti-Trump stories being retracted or corrected by big-name media outlets, such as Acosta’s own employer, Sanders had no issue immediately answering with the recent botched ABC report by Brian Ross. Ross’s false bombshell story, which Sanders called “pretty misleading to the American people,” led to his resignation after it was found that President Trump did not direct Michael Flynn to contact the Russians as a candidate, as Ross had claimed in his reporting.

Sanders, in between having to say “excuse me,” and “I’m not finished,” scolded reporters for not recognizing that the media has put out far too many stories in recent weeks that they “know to be false” and has used information that hasn’t been verified. As Sanders attempted to take questions from other reporters, Acosta continued to talk over the person she called on – to which Sanders said: “Jim, I’m going to say, once and for all, that I’m moving on to Jim Stinson.”

But apparently, Acosta is determined to continue to drum up tensions so he can gain more retweets. Since the incident, he tweeted a claim saying that Sanders couldn’t promise that he would “be allowed into a pool spray again” after he shouted a question at President Trump at a bill signing that only a limited number of reporters were given access to.