REDTEA NEWS
When “Good Intentions” Go Awry: The Consequences of...
Democratic Rhetoric Is Going to Result in Violence
Is Biden Trying to Get Into a War...
Austria Locks Down, Other Countries to Follow
Rittenhouse Acquittal Is a Victory for Self Defense...
The Nanny State Encroaches Even Further
If You Want a Better Future, Educate Your...
Metallurgist Caught Faking Results on Submarine Steel
As Durham Closes In, the Establishment Gets Nervous
The Lesson to Be Learned From the Elections
Home News A Libertarian’s Opinion on Trump After One Year
News

A Libertarian’s Opinion on Trump After One Year 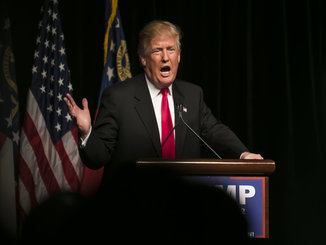 As a libertarian, a classical liberal, someone who hates both political parties, I’m comfortable in saying that I have a more objective understanding of Trump and his presidency than most people. Democrats and left-wingers blindly hate Trump and many Republicans blindly support and defend every action Trump takes.

With a year under Trump’s belt it’s been a mixture of surprisingly good in some ways as well as extremely disappointing and saddening in other ways. Here are the positives and negatives of Trump so far as I see them.

During the election I heard many Republicans say things like “Donald Trump is more libertarian than Gary Johnson” and the reason for that was due to Trump’s criticisms of past military interventions, his support for auditing the Federal Reserve, and his claims of support for free markets. Most of this hasn’t panned out yet.

Trump has done more bad than good. His actions with Jeff Sessions, anti-immigration, expansion of drone strikes and military intervention, and support for protectionist economic policies have led to more suffering than the good actions have alleviated. It's hard to even say if Trump is still a better choice than Hillary (which I used to strongly think), only because Hillary wasn’t an anti-free trade, closed-borders, populist, and with a Republican congress she would have faced heavy obstruction, for the better obviously.

Let’s hope that we’ve already seen the worst of Trump and that his best is yet to come.

Don’t Let the Present Moment Pass You By, Live Here in the Now