REDTEA NEWS
Can Massacres Like the Uvalde Shooting Be Stopped?
The Establishment COVID Consensus Is Cracking
Will Monkeypox Be the Next Big Health Scare?
Are Democrats Going to Push Price Controls?
NIH Royalty Payments Bring Up Conflict of Interest...
The COVID Narrative Is Changing Before Our Very...
Dishonesty Is the Left’s Stock-In-Trade
FBI Whistleblowers Coming Out of the Woodwork
Are You in a Government Database? Probably So
Leftist Tolerance on Display in Wake of Roe...
Home News Mandatory Savings — Sensible Policy, or Big Government Asset Confiscation?
News

There’s understandable concern in some quarters about the poor savings habits of Millennials — the generation now in their early 20s and 30s.  Of eligible workers under 25, only 43% participate in 401(k) plans.  The rate of workers over 45 who participate, by contrast, is 70%.  For those Millenials who do participate, those under 25 contribute a paltry 4.3% of income.  It gets slightly better, at 5.5%, for those between 25 and 34.

It’s easy to explain away these figures by noting that young people ordinarily make less money, and therefore can save less money than their senior counterparts.  Also, when you’re young, particularly in your 20s, you’re frequently under the illusion that you have more time than you actually have.  Therefore, you tend to postpone the habit of saving.  While that notion seems intuitively correct, we’d have to look at saving rates for twenty-somethings of previous generations to truly appreciate whether we’re faced with a new trend.

Still, whether the phenomenon is new seems moot. What’s significant is that if workers fail to save early enough, they will have insufficient funds for their retirement.  Ultimately society will bear the burden, through increased health and elder care costs, either through the public dole or the cost of private insurance.  As a society, we’re starting to experience some of these problems now, as it becomes manifest that many Baby Boomers are unable to finance their retirement years.

Some interpret the low rate of savings by Millennials as a cultural phenomenon, and point to the frequently-cited higher rate of Japanese household savings as a case in point. . Others view it as a clarion call for financial literacy.  In other words, if young people know better, they’ll save more.

But the most controversial suggestion to solve the problem of inadequate savings originates in proposals to legislate mandatory savings.  These plans would work much like Australia’s system of "superannuation accounts."   An employer would be required to set aside a percentage of an employee’s earnings (9% in the Australian model), and employees would be encouraged to contribute a certain amount.

Actually, it remains to be seen whether employees would be encouraged or required to contribute a fraction of their earnings.  But one thing’s for sure — in either case, such legislation would compromise an individual’s freedom.

While the argument is principally one of freedom, it also shakes out as an argument against the denial of the individual’s right to embrace investment opportunity cost.  If I’m required to post a percentage of my income in low-return (but guaranteed) treasury bonds, than I’m prevented from investing this money in something else I’m persuaded might give me a greater rate of return.

Mandatory savings or confiscation?  To paraphrase the old carnival barker, “you pays your money; you get no choice.” 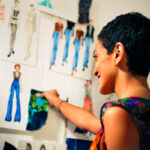 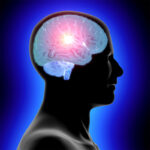