REDTEA NEWS
Progressive Democrats Hate Women
Rand Paul to Seek DOJ Criminal Referral for...
Maskless Democrat Who Caught COVID Wants Mask Mandate
Nancy Pelosi’s Bishop Gives Her a Smackdown
Was Whitmer Kidnapping Plot an FBI Creation?
Are US Cities Returning to the Days of...
Is the Government Reading Your Text Messages?
Over Half of White Liberal Women Have Mental...
Is the FBI the New Stasi?
New COVID Variants: Much Ado About Nothing?
Home News New York Times Publishes Editorial on Antifa “Smash the State” Fashion in “Style” Section
News 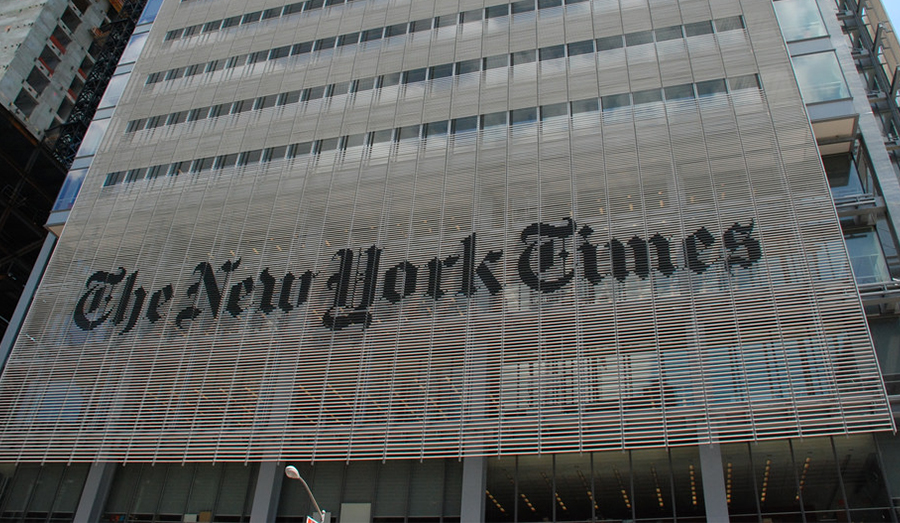 Yes, you read that correctly.

The New York Times has given a fashion spread to the violent leftist anarchist group Antida in its “Style” section, calling the “intimidating” clothes they wear “black-bloc fashion.” The article mainly serves as a style guide with “advice on how to dress for a riot.” The Times notes that some fabrics can make it hard to deal with certain chemical contaminants, like pepper spray, and advises “activists” not to bring their cell phones to avoid cell phone tower tracking.

Moreover, the Times says the “uniformity” allows Antifa to “participate in illegal acts like property damage, refusing police orders or physical assault” against those they deem “white supremacists” without getting caught. And it gives them a way to create “equality through anonymity.” Spoken like a true communist, one Antifa member told the Times, “black bloc creates a feeling of ‘Who you are is who I am.’”

The Times even went so far as to trace the lineage of the Antifa movement to anti-capitalist movements in Europe. Quoting an “anarchist news service,” the Times said the black clothing “makes it easier for saboteurs to take the offensive against storefronts, banks and any other material symbols and power centers of capitalism and the state.”

Calling people who want to punch other people because they think they’re Nazis “activists” is nothing new for the liberal media, but this… this is a whole new level. Encouraging a violent group by making them seem cool or edgy with a Style guide in the New York Times is highly irresponsible for one of the most established media outlets in the world. No matter how high resolution their enlarged black-and-white pictures of black hoodies and military boots are, violence should never be in style.

One of the most violent Antifa “protests” occurred on President Trump’s Inauguration Day in Washington, DC, where protesters were armed with crowbars and did massive damage to private property and businesses, and were responsible for multiple police injuries. Shame on the Times for encouraging such immature and violent behavior that has contributed to a hostile and divided political climate.