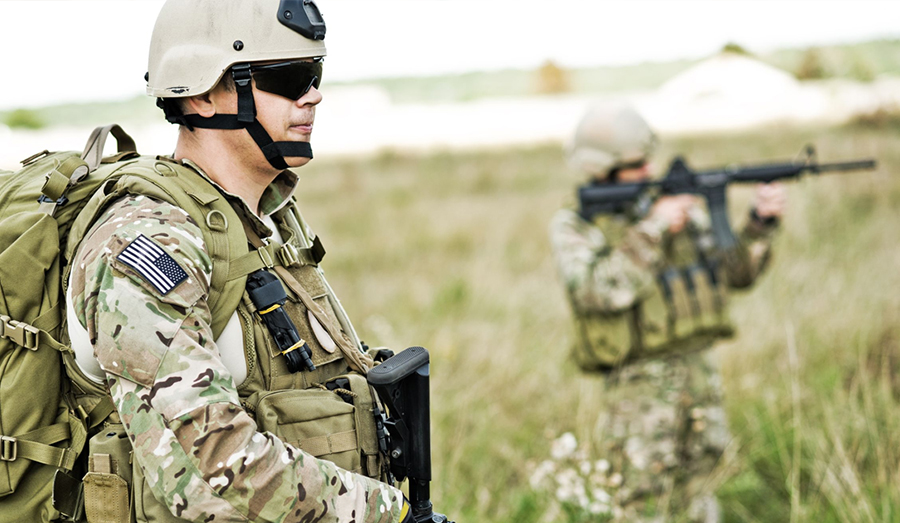 President Trump has fully reinstated a program that transfers military equipment to local police departments. The program, known as the 1033 Program, allows the Department of Defense to transfer excess military equipment to local law enforcement agencies. President Obama had signed an executive order in 2015 limiting the types of equipment that could be transferred to police departments. That executive order has now been overturned.

The Obama executive order led to the prohibition of transferring equipment such as tracked armored vehicles, weaponized vehicles, and grenade launchers to local law enforcement agencies. Many critics of the 1033 program emphasized that the transfer of surplus military equipment to law enforcement agencies promoted a militarization of police departments. Feeding into this too was the fact that many police officers either had prior military service or continued to serve as military reservists. This has helped lead to an increasing “us vs. them” mentality among some police officers, who now view their communities less as a community to be served and protected and more as a group of potential threats to be neutralized.

Pictures of small-town police departments receiving tracked armored personnel carriers, mine-resistant armored vehicles, and military camouflage uniforms used to provoke amusement, as many people questioned why small towns that faced nowhere near the criminal or terrorist threat of urban metropolises were arming themselves with equipment designed to withstand armor piercing ammunition and improvised explosive devices. It didn’t help that the departments’ justifications for those transfers were often very thinly supported, citing scenarios that might occur once in a blue moon.

The riots in Ferguson, Missouri brought the issue of the militarization of police to the national stage. Images of police dressed like storm troopers attempting to control the streets, using physical force to disperse protesters, bystanders, and media alike were seared into the national psyche. As the old saying goes, if you have a hammer, everything begins to look like a nail. The Ferguson police department certainly had its hammer and it treated everyone like a nail. Those protests became the catalyst for a rethinking of the 1033 Program.

Now that President Trump has undone President Obama’s executive order, there will undoubtedly be further discussion on the role of police in society. As every little town develops a SWAT team to deal with mundane criminal activity, the increasingly militarized role of police departments is becoming apparent even to those who normally support the police wholeheartedly. That militarization didn’t happen overnight and it won’t disappear overnight either. And while President Trump’s executive order may not have an immediate effect on police militarization, hopefully, it will spur debate on whether the 1033 Program should be continued.