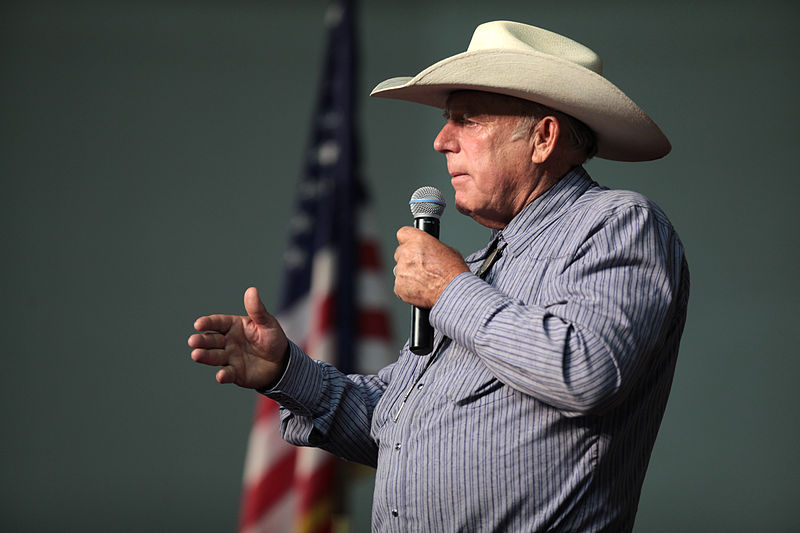 On March 8th, Ryan Bundy announced he would be starting a petition drive to get himself on the ballot for governor of Nevada as an Independent. Ryan Bundy had supported his father, cattle rancher Cliven Bundy, when he became the face of an emboldened Western states’ rights movement. In 2014, the Bundy family inspired militia groups from across America to join him on his property, prompting a standoff with federal agents who threatened to seize his cattle for unpaid “grazing fees.”

After years of court battles, Cliven Bundy, his sons Ryan and Ammon, and militia member Ryan Payne had their charges dismissed in December 2017 when the judge declared prosecutorial misconduct. The experience has evidently inspired Bundy to run for public office to ensure fellow ranchers and farmers do not have to experience what his family went through. Reuters reported that Bundy’s rhetoric embodies the “sagebrush rebellion,” a grassroots movement seeking to stop the federal government from controlling vast areas of land in the West that could otherwise be used for economic development.

Bundy filed his campaign petition on Monday, March 19th, showing he successfully gathered the 250 signatures of registered voters needed as an Independent to qualify for the ballot. When asked about his candidacy drawing Republican votes away from the GOP candidate, he told Reuters “principles” and the rights of Nevada’s citizens are more important.

According to Las Vegas Now, 17 people will be running for governor of Nevada in 2018, including three conservatives jockeying in the primary for the GOP ticket. State Senator Michael Roberson (R-NV) helped pass a commerce tax in 2015, which could be a big weakness that Bundy could hit on if he takes a more right-leaning stance.

Bundy recently attended a Lincoln Day Dinner in Utah where former presidential candidates Mitt Romney and Ron Paul were present. Ron Paul gave a passionate speech in favor of limiting the government’s power and Bundy led the dinner by giving the opening prayer.