SOMALIA OR BUST:  A Hawaii-based ground crew last week discovered a dazed 16-year-old wandering the tarmac in Maui. The story later came out that he was trying to get home to his mother in Africa, and hoped to accomplish that by stowing away in the wheel well of a Hawaiian Airlines plane, subjecting himself to sub-zero temperatures and little oxygen. Video later confirmed that the teen hopped the fence at the San Jose airport. A few questions to ponder: could this have been a dry run for something more sinister? Why was it so easy to hop the fence at an international airport and nestle into the belly of a passenger plane? And why are certain organizations sponsoring the immigration of unskilled minors who don’t really want to be in the US?

VICTORY IS OURS AT MARATHON:  For the first time in 30 years, an American won the men’s division at the Boston Marathon. Boy-next-door Meb Keflezighi survived the pressure cooker tension of heightened security at the race to cross the finish line in an impressive 2:08:37, proving once again that the USA won’t be intimidated by the terrorist actions of its own naturalized citizens.

WINNING ANOTHER RACE: The US Supreme Court said in a 6-2 vote that Michigan can bar the consideration of race in college admissions. Since applicants can indicate their race on the voluminous forms they must fill out, and selection is done by committee at most institutions, the net effect of the ruling likely means zilch. Fall 2014 admissions data reported by the Los Angeles Times claims 28.8% of California residents accepted to one of nine University of California campuses were Latino. Asian Americans lead the pack at 36.2% of acceptances.

ASIAN PERSUASION:  President Obama took a week-long trip to four Asian countries, where he rattled the sabre at North Korea, shored up the US military presence in the Philippines, and assured Japan that we’ll defend the useless rocks in the sea that they claim. The key to the trip, though, is lobbying for the finalization of the Trans-Pacific Partnership, a free-trade agreement that makes NAFTA look like it was drafted by Walmart executives. Lovers of cheap labor, unite!

E-SMOKED:  The nanny government has decided that the explosion of e-cigarettes over the last two years is a bad thing, so it’s time to install new regulations and generate new taxes. The Federal Drug Administration has proposed new rules that start out small; but when’s the last time government didn't increase its reach into a market to appease the hand-wringers (non-smokers) and those who benefit from stifling competition (Big Tobacco)?  The only good news is it’ll take a while for any new rules to be fully implemented.

BURN THE WITCH:  In the media rush to condemn LA Clippers owner and NAACP Lifetime Achievement nominee Donald Sterling for allegedly making racist remarks in a taped conversation, a few details have been overlooked straight from Journalism 101: who, what, why. First is that California’s wiretapping law requires two-party consent to record a private conversation or telephone call without the consent of all parties. Since it’s unlikely that Sterling would be candid if he knew he was being recorded, it seems any investigation needs to start with the very valid question of who recorded the conversation and why.

There’s also the small matter of V. Stiviano’s involvement in Sterling’s life. His ex-wife contends that Stiviano’s gifts from Sterling include $1.8 million in cash for a duplex near the Beverly Center, $240,000 for upkeep and living expenses, a Ferrari, two Bentleys, and a 2013 Range Rover.

Admittedly that’s chump change for the multi-billionaire, but certainly an amount that should be accounted for in his divorce from his wife of 50 years. And the gifts cause observers to wonder whether the alleged recording was an insurance policy for a woman who allegedly also goes under the aliases of Vanessa Maria Perez, Monica Gallegos, and Maria Valdez, as claimed in ex-wife Rochelle Sterling’s lawsuit.

All of which doesn't mitigate what the 81-year-old Sterling allegedly said. But with questions already surfacing regarding the chain of custody on the recording, it does raise some reasonable doubt as to whether it’s verbatim. 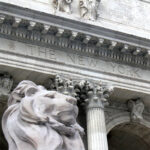 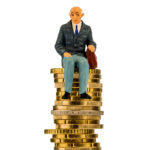 Can You Depend on Your Pension Once You Retire?