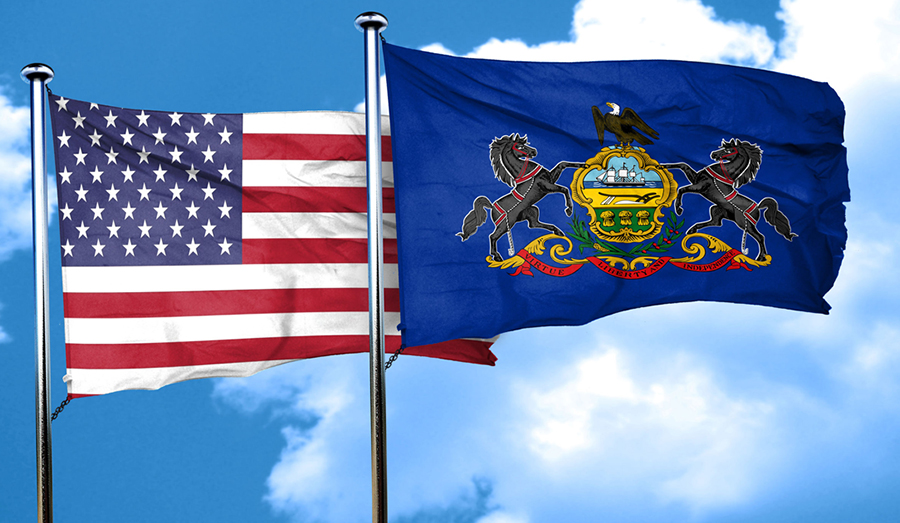 To replace disgraced Republican Rep. Tim Murphy, who is stepping down amid an extramarital scandal, Pennsylvania’s 18th district will be holding a special election on March 13th. In a huge upset to the Republican establishment, Republican Rick Saccone, who calls himself “a Trump Republican before Trump” has secured the party’s nomination for the first real post-November test of the Trump presidency. Saccone has built up an extensive track record of voting for conservative Christian values and limited government, which is sure to play well in a heavily Christian district Trump carried in 2016 with 58 percent of the vote.

During his time representing the 39th District in the PA House of Representatives, Saccone promoted bills that would have allowed schools to display the national motto, “In God We Trust,” and would have declared 2012 to be “The Year of the Bible.” The American Conservative Union gave him an 83 percent voting record in 2016 for opposing new taxes, firearm restrictions, and expanded oil and gas regulation, while supporting pro-life legislation. He also voted 90 percent with The National Federation of Independent Business in 2015 and 2016. While he cast no votes with the Marijuana Policy Project, he voted with the ACLU 75 percent of the time. Pennsylvania’s Firearm Owners Against Crime advocacy group declared that Saccone “fits the bill in spades.”

Saccone’s background includes impressive military service as an Air Force flight mechanic and later counterintelligence and diplomacy that took him to North Korea and South Korea. While overseas, he was part of an effort to prevent the regime in North Korea from developing nuclear weapons. This experience with national security is another trait that has proven admirable to the grassroots he’ll need to be successful.

One of the seven Democrats competing for their party’s nomination has already attacked Saccone, equating him to Roy Moore. With no sexual allegations made against the Representative, the attack appears to be a smear against his Christian conservatism.

Evidently, the race for Pennsylvania’s 18th is already heating up and all eyes will be watching. With no distracting sex scandals and a clear conservative Trumpian choice, voters will be sending a loud and clear message on where they want the direction of this country to go. The media and the Swamp better be listening.