REDTEA NEWS
NIH Royalty Payments Bring Up Conflict of Interest...
The COVID Narrative Is Changing Before Our Very...
Dishonesty Is the Left’s Stock-In-Trade
FBI Whistleblowers Coming Out of the Woodwork
Are You in a Government Database? Probably So
Leftist Tolerance on Display in Wake of Roe...
China Demands Censorship of US Landmarks in Movies
Biden Administration Clueless About Border Fiasco
The Left’s Meltdown Over Roe v. Wade
The Left’s Censorship Campaign Is Backfiring
Home News Tech Industry Looks Forward, Politicians Look Back
News

Silicon Valley and the tech industry exude so much optimism it's contagious. There is a desire to solve the planet's most difficult problems and a belief they can do it.

On the other coast, official Washington and the political industry are mired in pessimism. Rather than a sense that problems can be solved, the political discussion focuses on the limits of political power and the threats from outsiders. There's more energy invested in protecting the status quo than problem-solving.

The contrast was especially evident this week.

On the west coast, young entrepreneurs and others talked about how technology will reinvent just about everything at the Bloomberg Next Big Thing Summit. Attendees heard pitches and ideas that would make driving safer, feed the poor, empower ordinary citizens, provide opportunities for women, personalize manufacturing, lead to healthier lives and so forth. There were also exotic topics in the mix, like colonizing Mars, flying cars, and using drones for search-and-rescue operations.

The tech industry has one huge advantage over the political industry — it delivers.

Not all of the ideas will succeed, of course. Some will start off in one direction only to find solutions in another. That was the experience of Skycatch CEO Christian Sanz. He listened to customers, and has a new business using drones to monitor construction sites, inspect oil and gas pipelines, and more.

Technology was the key ingredient in every pitch at the Bloomberg event, but it was viewed as a tool for democratizing everything — giving more power to more people than ever before.

Back east, official Washington was rocked by the defeat of House Majority Leader Eric Cantor, R-Virginia, in a primary.

It was a shock, because the political rules are written by insiders to protect insiders. The morning-after "analysis" focused on concerns of the political elites. Did this mean the Republican establishment had lost to the Tea Party?

As if to confirm the political world's inward-looking focus, the other DC hot topic of the week was the release of Hillary Clinton's book: Hard Choices. The book didn't offer new ideas for the nation, but it mattered to political insiders who want to see how she might perform as a candidate. Taking the tone of a theater review, USA Today reported that an interview with Dianne Sawyer created "the first 'gaffe' cycle (of the 2016 campaign). Clinton was widely panned for telling Sawyer that she and her husband took lucrative speaking gigs because they were 'dead broke' after leaving the White House and needed to make money to pay their mortgages."

No wonder people are turned off by political intrigue. It's much more uplifting to hear Jennifer Dulski of change.org tell how her petition platform enabled a 17-year-old to change the ingredients in Coke and Pepsi products. Or how William Zhou of chalk.com wants to help teachers so that the teachers can inspire students.

Most Americans have a hard time relating to the lifestyle of either political insiders or dot.com entrepreneurs. But there is no doubt that the problem-solving attitude of the technology industry strikes a chord that resonates with 21st-century Americans. Not only that, the tech industry has one huge advantage over the political industry — it delivers. At a time when politicians rarely keep their campaign promises, the technology transformation has already produced more positive change than just about anyone ever expected. 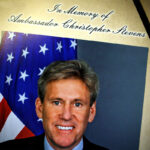 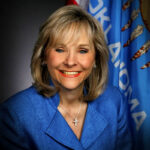