REDTEA NEWS
Democratic Rhetoric Is Going to Result in Violence
Is Biden Trying to Get Into a War...
Austria Locks Down, Other Countries to Follow
Rittenhouse Acquittal Is a Victory for Self Defense...
The Nanny State Encroaches Even Further
If You Want a Better Future, Educate Your...
Metallurgist Caught Faking Results on Submarine Steel
As Durham Closes In, the Establishment Gets Nervous
The Lesson to Be Learned From the Elections
Biden Doubling Down on the Stupid
Home News The Trump Tariffs Need to Stop
News 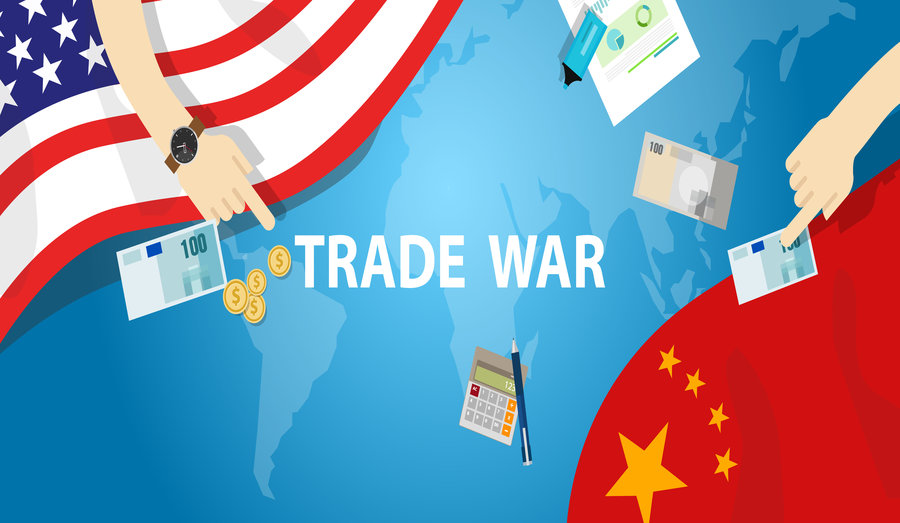 With President Trump doubling down on his desire for tariffs, domestic jobs, and “fair trade,” it appears he has ignited a trade war. If Trump wants to avoid an economic meltdown, a major international conflict, and hurting Americans’ wallets, he needs to cut it out with the protectionism.

“When goods do not cross borders, soldiers will” was famously stated by Frederic Bastiat, a well-known 19th century economist and author, who is now a favorite of libertarians and small-government conservatives. There is also considerable research backing up that statement, demonstrating that countries with more tariffs, trade barriers, and protectionism are more likely to be invaded, to invade, and to go to war. Trade barriers only increase hostility and make people worse off and poorer.

With Trump aggressively antagonizing Russia in Syria and also igniting a trade war with China, the prospects for World War III seem more likely than ever. Trade wars almost always become worse and worse until they completely deteriorate into hostility, war threats, and then all-out war. The quickest way to end tensions and hostility, and to make allies is to trade openly with them.

China Isn’t Killing Us on Trade

If anyone is getting shafted it is China. Their population produces and manufactures goods that Americans are willingly purchasing, and in return China receives trillions of dollars of worthless Federal Reserve Notes. We in America are making out like bandits.

The truth is China is not taking advantage of the United States, and any claims of “China is devaluing its currency to gain an advantage” is quickly negated by the fact that America is one of the world’s leaders in currency devaluation, much more than China is.

China produces cheap goods and services that Americans voluntarily buy. The cheaper goods makes our standard of living cost less. By imposing tariffs on American citizens, Trump is effectively taking away freedom of choice and alternative economic options from Americans, thus forcing them to pay for higher priced goods.

On net, tariffs cause far more bad than good. They do protect the jobs of a small minority of workers, most likely Trump’s voting base and special interest donors, but this comes at the expense of lower prices and options. Now Americans will be paying much more for nearly everything. Everything that Trump slaps a tariff on will now be more expensive and lower quality, but even worse, our relationship with China will continue to worsen until we embrace open trade or we go to war.