REDTEA NEWS
Democrats Don’t Care How Much You Suffer
The Real Purpose of the Second Amendment
Why Gasoline Prices May Never Come Down
Are We in Civil War Already?
The Narrative Is So Transparent It’s Laughable
Another Pro-Life Pregnancy Center Firebombed
Attempt on Kavanaugh’s Life Shows the Danger the...
Inflation Causing Americans to Change Spending Habits
American Gun Owners Are the Last Line of...
Democrats Still Don’t Understand Guns or Gun Owners
Home News This Special Election In Pennsylvania Tests Trump and GOP in Rust Belt For 2018
News 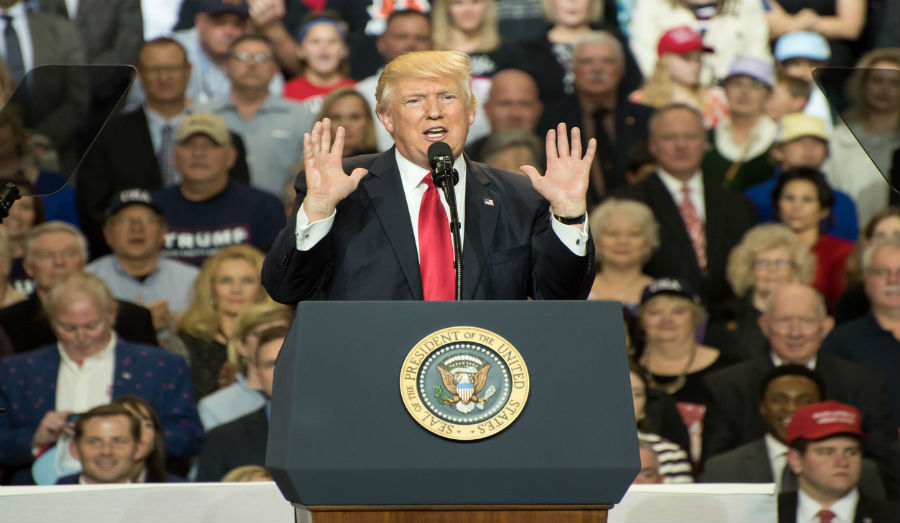 The recent loss for the GOP in the Alabama Senate race should be a reminder for Republicans that the conservative vote matters and Trump voters won’t be silenced. So far, this message came through loud and clear to Pennsylvania state Republican leaders who chose Rick Saccone, a state representative with strong conservative credentials and supporter of President Trump, to face the Democratic candidate in a special election that will decide who replaces disgraced Republican Representative Tim Murphy.

Saccone is not riddled with a scandal like Roy Moore was, but is instead a demonstrated pro-life, religious liberty-supporting, fiscal hawk, conservative representative. He supported Trump for president and has called himself a Trump before there was one. As a result, come May 2018 this race will be a true test for how voters feel about the Trump agenda almost two years later and should provide a preview for what is to come in the November 2018 midterm elections.

Adding to the challenge, Democrats are running a fairly strong candidate for the rural district. Conor Lamb is an oddball liberal millennial. A Marine veteran and former assistant US attorney, Lamb is not outwardly against gun rights and has not endorsed universal Medicare. However, when pressed about his stance on abortion, he called it “the law of land,” despite his supposed Catholic background.

Not only does Saccone’s strong pro-life voting record present a challenge to Lamb, but also his strong background in pushing for legislation that would get rid of state grants for sanctuary cities and would guarantee federal agents access to jailed immigrant suspects. Illegal immigration and a conservative cultural platform is what helped Trump win the rural district and the entire state of Pennsylvania in the presidential race.

If Saccone were to win the race, it could motivate conservatives across the country heading into November and would prove that the Trump agenda is still popular and winnable in areas that voted for him.