REDTEA NEWS
Political Commissars Are Here And Are Starting Their...
Mormons Pointing to Higher Actual Inflation
Top Scientists Feared COVID Came From Lab All...
Quebec to Start Fining the Unvaccinated
McCarthy Threatens to Strip Democrats of Seats If...
Supreme Court Shows Its Schizophrenia
Beset by Crime Wave, LA Residents Flock to...
The Case of Jan. 6 Gets Curiouser and...
Twitter Continues Censorship Rampage, Bans MTG
The Capitol Protests One Year On
Home News Trump and Sessions Push for Death Penalty for Drug Dealers
News

Trump and Sessions Push for Death Penalty for Drug Dealers 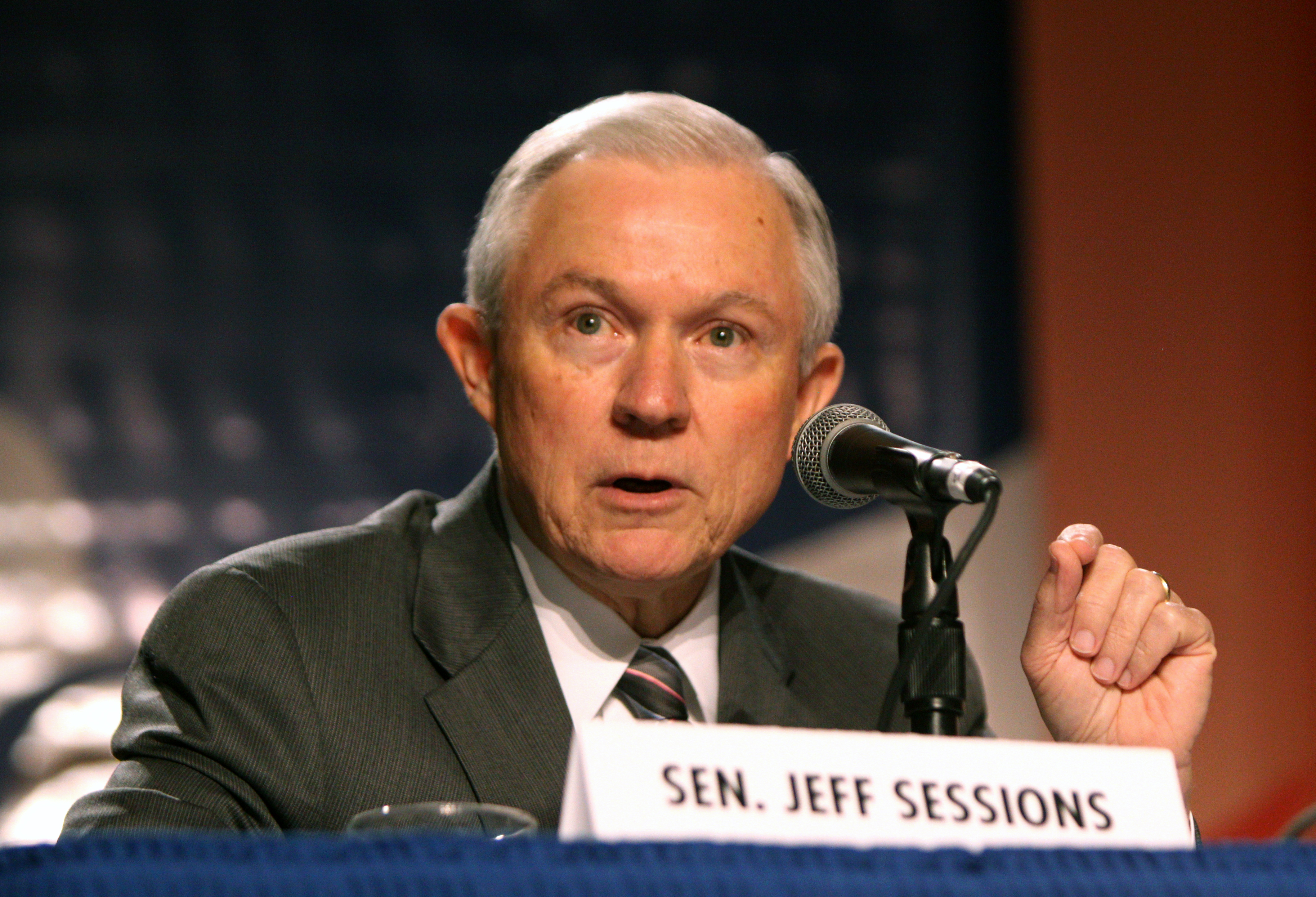 President Trump continues to “talk tough on drugs”, repeatedly showering praise on oppressive regimes that execute drug addicts and dealers, and saying how only toughness will solve America’s drug problem. Just this past Monday, March 19th, Trump came out with a proposal to combat the opioid crisis with life sentences and death penalties for drug dealers. He also placed some of the blame on immigrants, saying we need a border wall in order to keep out drugs.

Back in April 2017, Trump expressed approval and praise for Philippine President Rodrigo Duterte, who stated in June 2017 that “Hitler massacred three million Jews, now there’s three million drug addicts. I’d be happy to slaughter them.” Over 12,000 people have died in Duterte’s drug war, with 7,000 directly killed by police forces, and Duterte has used the drug war in order to impose martial law, to murder government officials, and to jail and kill protesters and rebels. Trump also said to Duterte in a phone call “I just wanted to congratulate you because I am hearing of the unbelievable job on the drug problem. Many countries have the problem, we have a problem, but what a great job you are doing and I just wanted to call and tell you that.”

Trump has also pointed to China and Singapore’s use of death penalties as successful in combating drug use. China does sentence drug dealers to life sentences and death penalties, but they keep the statistics secret. Amnesty International estimates that thousands of people annually are sentenced to death each year, compared to the US average of about 36 death sentences per year since 1976. Singapore also keeps its data a state secret, but it is known that individuals caught trafficking marijuana, cocaine, opiates, and other substances can receive death penalties.

Seeing Trump wishing to emulate totalitarian governments that do not respect the lives, individual rights, and civil rights of their citizens is highly disturbing. Attorney General Jeff Sessions backed Trump, promising to push for the death penalty whenever possible against drug traffickers.

If Trump really cares and truly is serious about stopping drug trafficking, he should begin with the United States government, where the CIA has trafficked heroin and cocaine in the past, and with the numerous politicians who have been caught in possession of cocaine and other substances. And perhaps Trump should also crack down on the legal and socially accepted drugs, alcohol and tobacco, as these drugs kill way more people than all illegal drugs combined.

That would be the principled prohibitionist and drug warrior approach. But the war on drugs isn’t about principles, logic, effectiveness, or seeing positive results, it is about power and money. There are certain groups of people who make enormous amounts of money off of the continuation of the war on drugs – Big Pharma, prisons, police and correctional officer unions, tobacco companies, and the entirety of the prison-industrial complex. And the state benefits the most as it can increase its power and control as China and the Philippines are doing.

Trump can address the drug problem in one of two ways. He can either address it Mao’s way, in which the Communist leader of China executed those who used and sold drugs, or he can address it Milton Friedman’s way, which is the libertarian response, one in which addiction and drug use are treated as human and health problems, not as criminal problems. Prohibition only leads to powerful cartels, gangs, criminals, and an abundance of more dangerous and unregulated drugs.