REDTEA NEWS
NASA Wants to Nudge an Asteroid: What Could...
Has President Biden Lost His Mind?
Biden Nominating Communist to Top Bank Regulator Post
What Do You Get With Woke Prosecutors?
Are You Prepared for War? China Is
FBI Investigating Groups That Helped Afghan Refugees Escape
Illinois Passes Legislation to Eliminate Fossil Fuels
Marines Imprison Officer Who Spoke Out Against Afghanistan...
Will Vaccine Mandates Wreak Havoc on New York’s...
Appeals Court Reverses Its Ruling on Under-21s Buying...
Home News Trump Is Not an Outsider, He Was Part of the Plan All Along
News 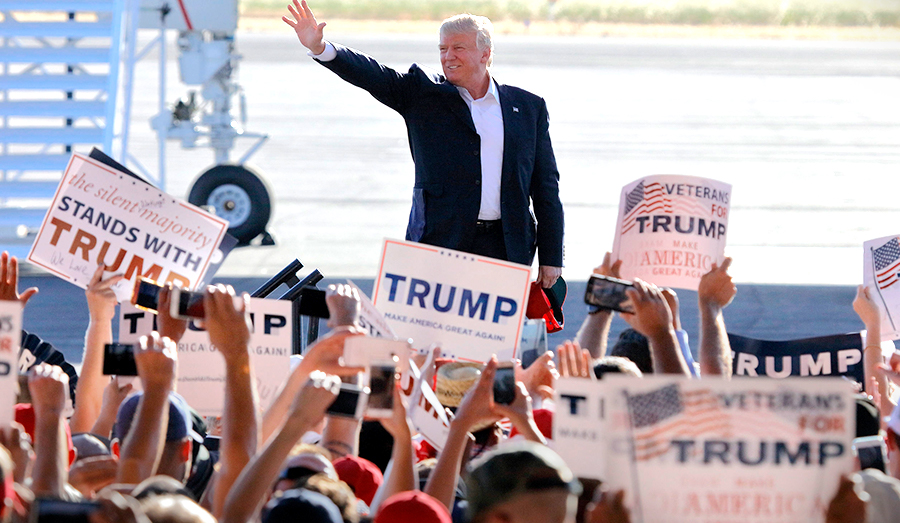 During the 2016 election Donald Trump did a phenomenal job of getting people to perceive him as “anti-establishment.” Nearly everyone was convinced he truly was an outsider or a wild card that no one could’ve seen coming. I no longer believe it’s true that he’s an outsider.

I believe Hillary legitimately thought she’d win and saw herself as the rightful heir to Obama’s presidency. But I also think the deep state, the CIA, the military-industrial complex, whatever you want to call it, “those that control the government from behind the scenes”, had Trump in their pocket from day one. This is because things played out for Trump perfectly. He was also the only candidate who could have beaten Hillary, and Trump was groomed perfectly for it.

For as much as the media is supposedly out to get Trump, they helped him more than anyone else by giving him insane amounts of free air time and media coverage. If the mainstream media is heavily influenced by the CIA (which it is), then certainly they could’ve done something about that, like by ignoring him completely. If Trump truly were an outsider he would’ve never made it as far as he did. And if Trump truly were anti-establishment, he would’ve been assassinated already.

The thing is, Trump is completely submissive to the edicts of the deep state. Troop presence in the Middle East has increased, US government sales of weapons to terrorists and dictators have continued, and drone strikes have increased and become more brutal in their targeting of civilians. Government spending and borrowing has continued to grow.

The worst of the worst when it comes to war-hungry neoconservatives and deep state cronies have been able to gain greater influence over the functions of government while under Trump. Examples of this are known CIA torturer and black site operator Gina Haspel becoming the Director of the CIA and National Security Advisor John Bolton, who continues to think the Iraq war and all the ensuing Middle East involvement has been productive and wants to go even further.

I am of the belief that Trump was merely a pawn used to fuel the flames of division between the far-left and the far-right and to further destabilize American society. By getting a person like Trump into office, there is now essentially free rein for the government to grow and do as it pleases. Under Trump the government has been enabled to do whatever it wants, including becoming even more of a quasi-totalitarian imperialist police state, while everyone else remains distracted by everything thing Trump or Bernie Sanders says.