REDTEA NEWS
Tank Gift to Ukraine Exposes the Sad Reality...
The Government Thinks We’re the Terrorists Now
FBI Admits It Uses CIA and NSA to...
Democrats Are About to Learn That Turnabout Is...
If You Like Your Gas Stove, You Can...
McCarthy’s Woes Are Payback a Long Time Coming
The Response to the Twitter Files Is Telling
Are San Francisco’s Killer Robots the Wave of...
The Genocidal Tendencies of Climate Change Crazies
The Siren Song of Being “Moderate”
Home News Trump Wants Power Back To States, Ends Obama Plan To Fund East Coast Amtrak Project
News 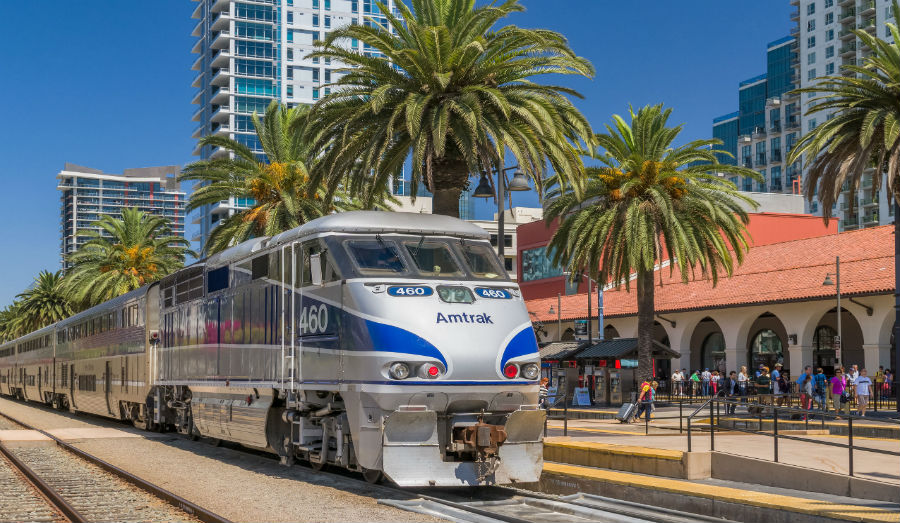 President Trump put the kibosh on a deal President Obama had made with New York and New Jersey, supported by Senator Chuck Schumer (D-NY), that would have split costs between the two states and the federal government to repair damage to the deteriorating Amtrak tunnel connecting them. Fox News reports that the rail tunnel project would have cost $13 billion, with the states getting their portions in the form of loans from the federal government.

The deputy administrator of the Federal Transit Administration, K. Jane Williams, wrote to New York and New Jersey declaring that there was no formal binding agreement making the federal government responsible for going through with the project. Williams wrote that “the responsibility for funding a local project where nine out of 10 passengers are local transit riders” rests with the states.

Conservative writer Scott St. Clair tweeted in defense of the Administration’s decision, saying “Why should taxpayers in South Dakota or South Carolina have to chip in for a rail tunnel for Jersey commuters who work in New York?”

Downsizinggovernment.org reported in 2016 that Amtrak’s revenue hasn’t been able to pay for its expenses on its own, consuming “more than $40 billion in federal subsidies over the decades.” The watchdog website also reported that Amtrak’s workforce consists of “20,000 employees earning an average $105,000 a year in wages and benefits.”

With waste and abuse such as this, it’s easy to see the Trump Administration made a smart decision to put a halt to the company’s flow of handouts.