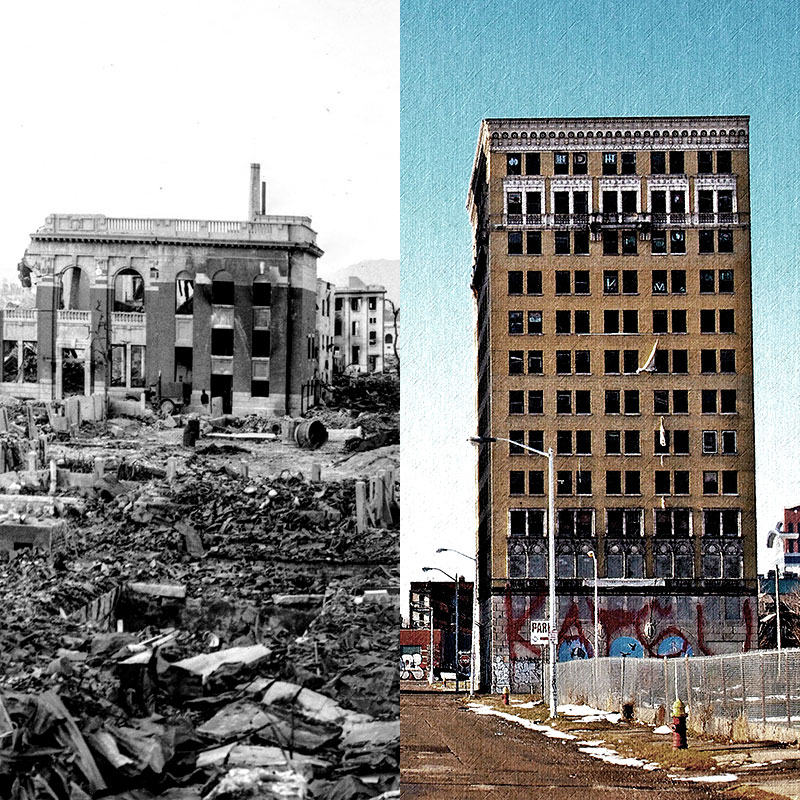 Given that astronomical figure — which the task force admits likely won’t get everything done that needs to be done — it’s worth looking back at another city that was once devastated, yet managed to rebound in a short time period.

Hiroshima was hit with the first atomic bomb ever dropped on a populated city on August 6th, 1945. Two-thirds of the city was instantly destroyed, with 60,000 of the 90,000 buildings in the city demolished. Hiroshima’s population was estimated at 350,000. After the bombing, it fell to a low of 86,000.

Contrast that with Detroit. At its peak, the city was estimated to have 1.8 million residents. Known as the Paris of the West and the Arsenal of Democracy, the thriving city was hit with two blows — the decline of the American auto industry and the race riots of the late 1960s. Left in the wake was a city whose population fell to less than half of its peak, with an estimated 86,641 blighted structures and vacant lots.

Hiroshima’s decline was instant, while Detroit’s played out over several decades — but there are parallel lessons to be learned on the path to a comeback.

Hiroshima: The Allied occupation government provided subsidies to reconstruct the city. The assistance created jobs and provided the city with hope.

Detroit: Roughly $456 million in available federal money has been identified. That leaves a shortfall of $394 million still needed to clean up the residential areas and nearby retail areas. Officials have pinned hopes that “stakeholders” will emerge that will fund the rest of the money. Half of current Detroit property owners don’t pay their property taxes, which is why the Chinese are buying up a lot of real estate there on the cheap.

Hiroshima: Hiroshima's adopted "peace" as its motto for rebuilding. Critics claimed that allowed the aggressor in World War II to pose as the victim. But the city took its mission seriously, and today has a thriving tourism industry and museums dedicated to world peace.

Detroit: Pundit George Will blamed “a cultural collapse” for the city’s problems. “You have a city, 139 square miles, you can graze cattle in vast portions of it, dangerous herds of feral dogs roam in there.”

Tina Person, also known as the “East Side Lady,” told a crowd protesting proposed pension cuts that “We need Django in the City of Detroit,” referring to the ultra-violent revenge film Django Unchained.

Hiroshima: Treat the injured, lure back the population. Hiroshima officials proposed the construction of a large peace memorial as the city's new anchor. The memorial eventually became the Peace Memorial Park. Hiroshima gradually restored electricity, transportation, and other functions. The people collected any unburned materials they could find and began rebuilding their homes and their lives.

Detroit: While debate continues about selling off the city’s art collection and the animals from its zoo, someone proposed erecting a statute of Robocop, the science fiction law-enforcement officer from the 1987 film and 2014 remake who cleans up the city — in pretend.

Hiroshima: The city remains a vibrant symbol of international peace and a tourist attraction. 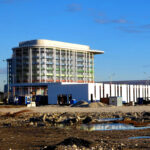 World to Olympic Committee: Thanks But No Thanks to 2022 Games 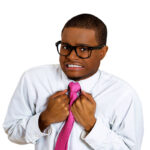