REDTEA NEWS
Biden Administration Activates FBI Against Incensed Parents
NASA Wants to Nudge an Asteroid: What Could...
Has President Biden Lost His Mind?
Biden Nominating Communist to Top Bank Regulator Post
What Do You Get With Woke Prosecutors?
Are You Prepared for War? China Is
FBI Investigating Groups That Helped Afghan Refugees Escape
Illinois Passes Legislation to Eliminate Fossil Fuels
Marines Imprison Officer Who Spoke Out Against Afghanistan...
Will Vaccine Mandates Wreak Havoc on New York’s...
Home News Uniting the Left and Right: We All Have Far More in Common Than We Think
News 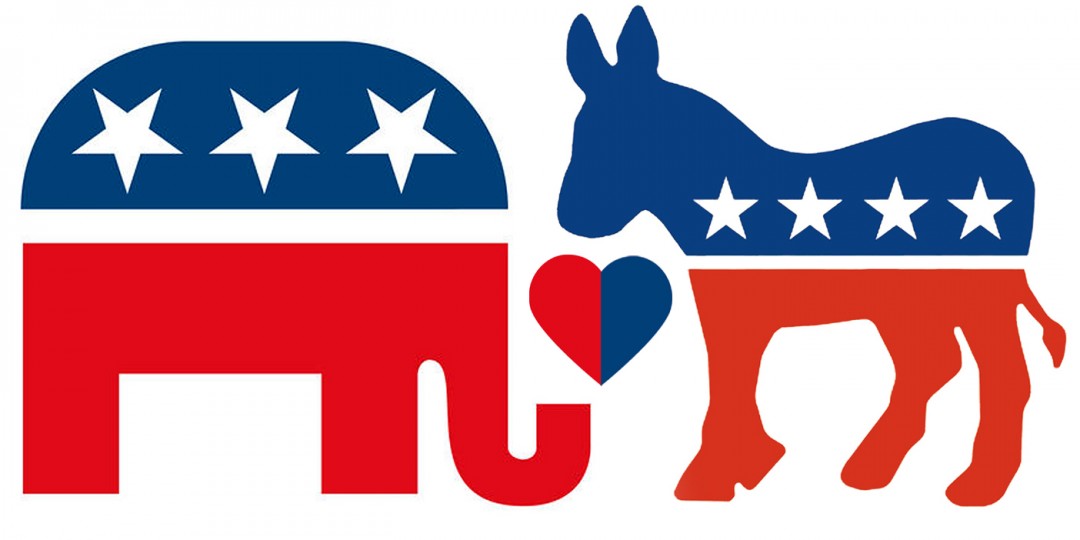 The two-party system is designed to divide us. Liberals and conservatives hating each other is precisely what those in power want. The truth is we all have far more in common than we think, this includes those who vote Democrat and Republican. Both parties are out of touch with the majority of the American people, and so instead the left, the right, and everything in between need to unite. We aren’t so different and we want many of the same things.

The Politicians Are the Enemy, Not Our Neighbors

Only about 25% of the voting population voted for both Trump and Hillary. That leaves over 50% of the country unrepresented by government. And within each of those 25% of Republican and Democrat voters, many held their noses while they voted and would have preferred someone other than Trump or Hillary.

The die-hard Democrat Party voters and die-hard Republican Party voters are a tiny minority of the country. The two-party system does a great job of giving fringe minorities on the left and right an incredibly loud voice. What this does is make many people hate the opposing side because they think these fringe views represent all Democrats or all Republicans. The reality is most people hated Hillary, Trump, and politicians in general. Most people distrust the government.

We’re All More Similar Than We Think

The two-party system, by giving loud representation to fringe minorities, causes us to view one another as the enemy. It makes us think that what the opposing side wants is going to be harmful to us, which causes us to be distrustful and closed-minded to the other side.

The reality is most of us want many of the same things. We want economic prosperity, a growing economy, one that serves the interest of the majority. We want high quality healthcare. We want to see poverty eliminated and to help one another, we just may disagree on how to achieve that. We want a peaceful and productive society that respects the rights of everyone.

What the two-party system does is highlight the couple of minute differences in opinion that we have and exploit them in a way that causes us to hate and resent one another, forgetting that the important and more pressing issues are the ones we agree on.

The problem with government and the two-party system is that it forces us to accept one-size-fits-all policies for the entire country. This is why politics is so divisive. Instead, it should be okay if we disagree on types of policies, as a proper society should enable those of us who disagree to still find representation.

If we could transcend the two-party system and instead adopt a more decentralized system of governance, this would allow the majority of people to finally address the biggest and most important problems that we agree on, such as using not using our tax dollars for military interventionism, the war on drugs, and other government programs that are largely unpopular. And it would also allow those of us who disagree on smaller things, such as abortion, healthcare models, levels of taxation, and other issues to find our safe havens where we can be equally represented.

By embracing a more decentralized state- and local-based approach to governance and problem solving, we could all be much more represented. Our needs and wants wouldn’t be in direct conflict with one another as it is under the top-down, one-size-fits all structure of government.

Remember, none of us has all of the answers. None of us are capable of planning society or running each other’s lives. Most of us want to see one another succeed and to see society flourish. Its okay if we disagree, because at the end of the day we should be able to live our lives without interfering with one another. This would be made possible by a decentralized form of governance, where decisions are made at more local and individual levels. This would give us all more power, more freedom, and we could with greater ease hold those in charge accountable for their actions.