REDTEA NEWS
Biden Administration Picks Already Causing Concerns
Are We Seeing the Beginning of the End...
Keep Calm and Carry On
Trump Impeached a Second Time, But Why?
The Leftist Purge of the Internet Is Underway
Democratic Hypocrisy on Protests Knows No Bounds
Do Democrats Want a Civil War?
Will January 6 Go Down in History as...
Georgia Goes Blue: What Does That Mean for...
Leftist Hypocrisy on Political Rallies Growing More Obvious
Home News Violence and Overdose Is Driven by Drug Prohibition
News

Violence and Overdose Is Driven by Drug Prohibition 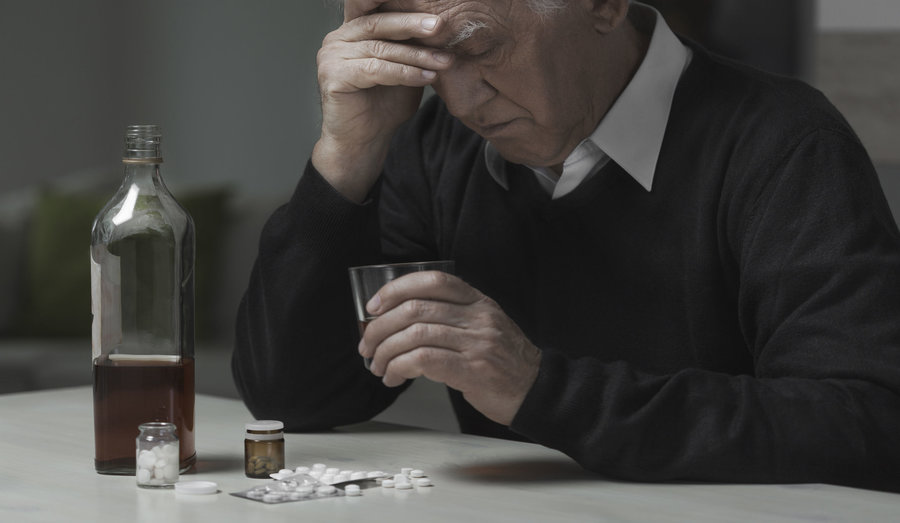 Drug legalization, especially for marijuana, is more popular than ever, with over 60% of the population in favor of legalization. Republicans are much more socially liberal than previously, with about 50% supporting marijuana legalization.

You’d think the blatant failure that is the War on Drugs, with the trillions in wasted dollars and the millions of innocent lives ruined, would make it easy and obvious to stand against drug prohibition for conservatives, but you’d be wrong. There still exists a strong prohibitionist movement that wants to continue the War on Drugs, and this group needs to be confronted with facts and evidence, and scolded for its support of such clear injustices and immorality.

Violence and Death Comes From Prohibition

Drug cartels and drug gangs are empowered, made stronger, made wealthier, and given considerable market power when drugs are made illegal. The drug war has been the cause of enormous violence and killing that would not exist if we had a legal, free market in drugs.

Turning over drug production to the black market greatly decreases the quality, purity, and safety of those drugs, as they will be made in bathtubs and kitchen sinks, mixed and cut with who knows what. Sadly, this is the main driver of heroin overdoses: the volatility and unpredictability of the quality of the drugs.

Decriminalization would allow pharmaceutical companies to produce these drugs with near perfect quality and it would allow doctors to better administer the usage of these drugs. It would also allow those who are addicted to purchase from a safe and credible pharmacy instead of from a criminal cartel. It would allow them to access police and legal protections, and they would be enabled to go to doctors and addiction centers for help without the fear of being thrown in jail.

People Who Do Drugs Are Not Bad People

Most people take a drug every day, and many different types of people get addicted to drugs, for very different reasons. Caffeine, alcohol, nicotine, and sugar are all some of the most addictive drugs in the world and if abused can harm you, yet very rarely do people think those who drink coffee, wine, energy drinks, or smoke cigarettes are bad people, because they aren’t.

My university’s libertarian club hosted a former drug and corrections officer who now works at a marijuana dispensary and gives talks against drug prohibition. She told a story of a police officer she knew who suffered a severe back injury and in his treatment received opioid painkillers. He ended up getting addicted to the painkillers because his pain was extraordinary, and his addiction ended up killing him.

Many people get addicted to drugs and this does not mean they are bad people. People get addicted for various reasons including: a traumatic and troubled upbringing, unresolved emotional issues, military PTSD, work injuries, deeply ingrained self-hate, bad influences in one’s social surroundings, or a lack of education.

What this issue comes down to is treating drug addicts as people with a health problem who need support and a helping hand, rather than treating them as criminals and throwing them in jail and ruining the rest of their lives. People, whether addicts or recreational users, should not be thrown in a cage for ingesting certain substances and altering their consciousness. The only principled prohibitionist stance is one in which all intoxicants and all drugs are illegal, and history and economics should make it crystal clear why that is a terrible idea.

Take the 1920s alcohol prohibition for example. Large numbers of police officers were killed, courts became bloated as many Americans were now criminals, cartels and gangs took control of entire cities, people were going blind and dying from consuming alcohol because it was unregulated and also being poisoned by the FBI, and yet alcohol consumption remained high. Banning things never works and leads to all sorts of unintended horrible consequences.

Our Attorney General Jeff Sessions thinks “Good people don’t smoke marijuana.” What a ludicrous statement. Many hard-working, entrepreneurial, and honest people smoke marijuana. Many honest people drink beer or smoke tobacco. Some people need marijuana in order to stop seizures or to alleviate their back pain or to relax. Eleven of our Presidents have smoked marijuana at some point. The idea that people should be thrown in a cage for decades, deprived of all their freedoms, and subjected to the rape and abuse of prison simply for ingesting the “wrong” substance is absolutely disgusting and morally bankrupt.