REDTEA NEWS
DOD Orders Review of Social Media Psyops
Catholic Pro-Life Speaker the Latest Victim of DOJ...
New York Doesn’t Want Good Guys to Stop...
Top FBI Agent Forced Out After Allegations of...
Who Is the Real Threat to Democracy?
A Dozen Federal Agencies Behind the Online Censorship...
Government Is Behind Much of the Social Media...
Hunter Biden’s Laptop Repairman Alleges FBI Tried to...
Can You Trust the FBI Not to Steal...
Is General Milley Guilty of Insubordination?
Home News Why Do Conservatives Support Military Interventionism?
News 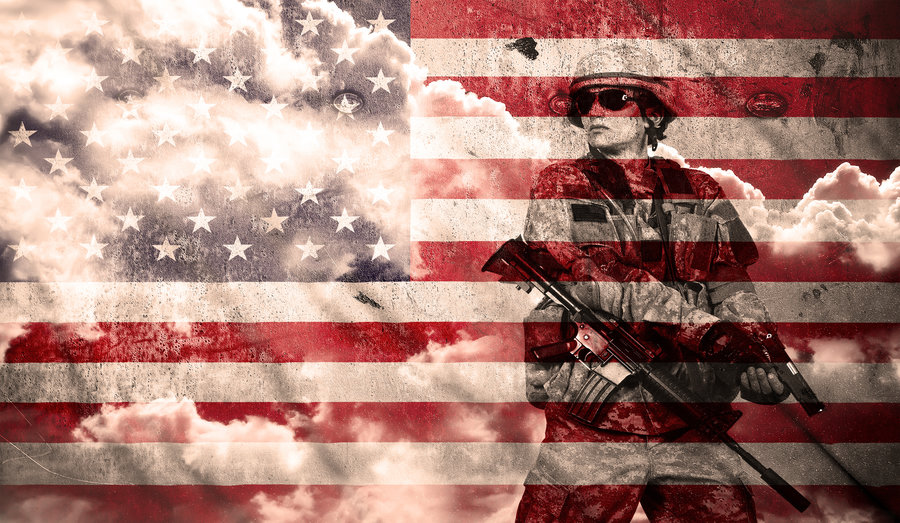 Nowadays, and for quite some time now, support for increasing military spending and a powerful military force is taken for granted by Republicans as a good and necessary thing. This wasn’t always the case, and the truth is powerful military interventionism originated with Progressivism.

A group of politicians, authors, and journalists who advocated for global free trade, personal freedom, limited government, and a non-interventionist foreign policy made up the Old Right. They fought in opposition to President Franklin Roosevelt’s New Deal and US entry into World War II.

After World War II, the Old Right was the loudest and most powerful voice resisting a foreign policy of anti-communism that was the root of the Cold War. The Old Right’s reasoning was that a Cold War would result in imperialism abroad and totalitarianism at home, because it would be required that enormous power be centralized into the hands of the Executive Branch. Boy were they correct.

On the other side of this debate were anti-communist politicians and corporate liberals who wanted to create permanent military bases, alliances, and economic interventions all throughout the world. These corporate liberals were businessmen who were infamous for supporting anti-free market policies in order to benefit from them. The Old Right was also anti-communist, but they were extremely skeptical of placing this enormous power and responsibility into the hands of the Executive Branch.

It should be clear which side won this debate. The Republican Party of today has more in common with the Democratic Party than it does with the Old Right.

The Constitution and the Founders

George Washington in his farewell address said that it was America’s “true policy to steer clear of permanent alliance with any portion of the foreign world.” In Thomas Jefferson’s inaugural pledge he promised “peace, commerce, and honest friendship with all nations - entangling alliances with none… the supremacy of the civil over the military authority.” John Quincy Adams in 1821 declared that America “goes not abroad, in search of monsters to destroy. She is the well-wisher to the freedom and independence of all. She is the champion and vindicator only of her own.”

The Founders believed that the best national defense was a well-armed populace. They were against the existence of a standing army, because they knew it would place excessive power into the hands of the government, and that the standing army would eventually and inevitably be used to expand the size and power of government, and to oppress the citizenry.

Reaching Out to the Conservatives of Today

I suspect that many conservatives today are unaware of this history about conservatism, the Founders, and foreign policy. Many of them likely simply believe whatever the Republican Party says. It also seems, though, that there is a revival of the anti-interventionist and free market spirit among conservatives, a sort of revival of the Old Right.

In 1990, libertarian political theorist and Austrian economist Murray Rothbard pondered, “But if the Cold War died in the Communist collapse of 1989, what can the ruling conservative-liberal Establishment come up with to justify the policy of massive intervention by the U.S. everywhere on the globe? In short, what cloak can the Establishment now find to mask and vindicate the continuance of U.S. imperialism?”

Rothbard was right in asking this, and yet following the Cold War the US government has created scapegoat after scapegoat, bogeyman after bogeyman, in order to justify the continuance of perpetual war in order to line the pockets of the military-industrial complex and to expand the authoritarian powers of the Executive Branch.

Many will cry “But what about terrorism?” The response is that nearly every single terrorist organization and dictator that the US has gone to war with was at a previous point in time receiving money, weapons, and assistance from the US government. The US government has created and empowered the very bogeymen that it said we need to go and fight. This was true with Saddam Hussein, Osama Bin Laden and Al Qaeda, and now ISIS.

The solution is to stop getting involved in alliances. To stop sending arms, taxpayer money, and weapons to brutal dictators and terrorists. To stop sending our innocent, hardworking, and dear Americans to go fight and die in wars based off of lies and deception. It’s time we embrace a foreign policy of non-interventionism, peace, and global trade with all.