REDTEA NEWS
Catholic Pro-Life Speaker the Latest Victim of DOJ...
New York Doesn’t Want Good Guys to Stop...
Top FBI Agent Forced Out After Allegations of...
Who Is the Real Threat to Democracy?
A Dozen Federal Agencies Behind the Online Censorship...
Government Is Behind Much of the Social Media...
Hunter Biden’s Laptop Repairman Alleges FBI Tried to...
Can You Trust the FBI Not to Steal...
Is General Milley Guilty of Insubordination?
Raid on Trump’s Home Highlights the Dangers of...
Home News Why Do We Want Self-Driving Cars? Self-Driving Uber Kills Pedestrian
News 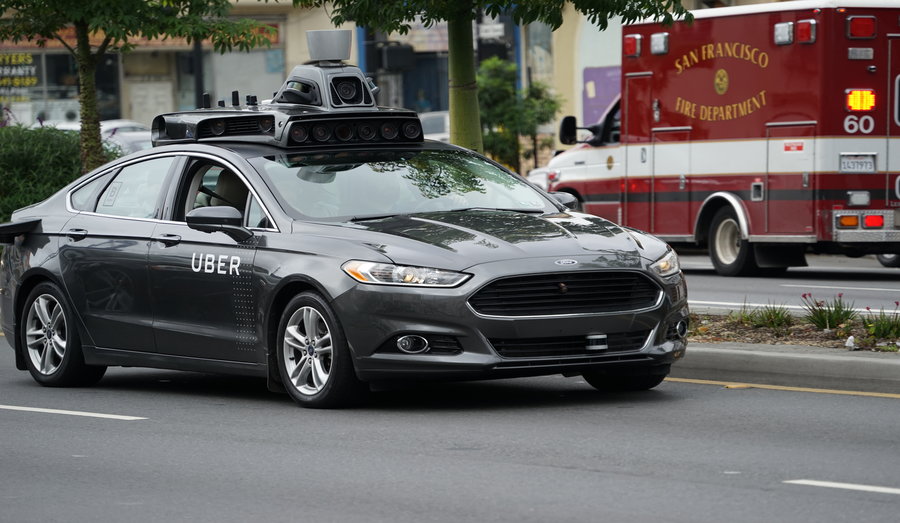 For die-hard automotive enthusiasts, the gradual dying out of manual transmissions has been cause for grief. The deterioration of driving skills engendered by the proliferation of automatic transmissions is readily apparent to anyone who has spent any time at all on the road. But if that weren’t bad enough already, automakers are spending increasing amounts of time and money researching and developing self-driving cars. But is that really such a great idea?

Last week a self-driving car struck and killed a pedestrian in Tempe, Arizona. While the pedestrian was crossing the street outside a crosswalk, the car had a safety driver who could have stopped the car and avoided the collision. But the driver wasn’t paying attention, and the sensors in the Uber car that should have sensed the presence both of the pedestrian and her bicycle in front of the car failed to detect her. In response, Uber’s self-driving program testing has been suspended in Arizona, and Uber had decided not to reapply for a self-driving car permit in California.

While technologists tout self-driving cars as the way of the future, that fatal accident is a pretty damning condemnation of existing self-driving technology. Self-driving cars are supposed to be safer than normal cars, as they are supposed to remove the element of human error that is common to most car crashes. That obviously isn’t the case yet, as the human element of error has moved from the driver’s seat to the design and implementation of sensors.

Further adoption of self-driving cars will require ever more sensors to avoid collisions, which will require more computers and more networking capability. As has already been demonstrated, existing cars with networking technology can already be hacked and controlled from afar by dedicated hackers. How much worse will that be when all cars are self-driving, and hackers can easily take control of whole fleets of cars on the road, turning them into unstoppable missiles, killing drivers and pedestrians, and creating havoc on the highways?

Do consumers actually want self-driven cars? Not really. The main impetus behind the move towards self-driving cars is government safety and fuel economy mandates. Taking a human driver out of the equation allows automakers to remove the primary variable that influences safety and fuel economy, fulfilling the government’s wishes while forcing consumers to accept whatever is coming down the pike. But as incidents like the Uber accident demonstrate, continuing down that road could end up costing people their lives.