REDTEA NEWS
Democrats Don’t Care How Much You Suffer
The Real Purpose of the Second Amendment
Why Gasoline Prices May Never Come Down
Are We in Civil War Already?
The Narrative Is So Transparent It’s Laughable
Another Pro-Life Pregnancy Center Firebombed
Attempt on Kavanaugh’s Life Shows the Danger the...
Inflation Causing Americans to Change Spending Habits
American Gun Owners Are the Last Line of...
Democrats Still Don’t Understand Guns or Gun Owners
Home Survival Don’t Make These 5 Mistakes When It Comes to Food Storage
Survival 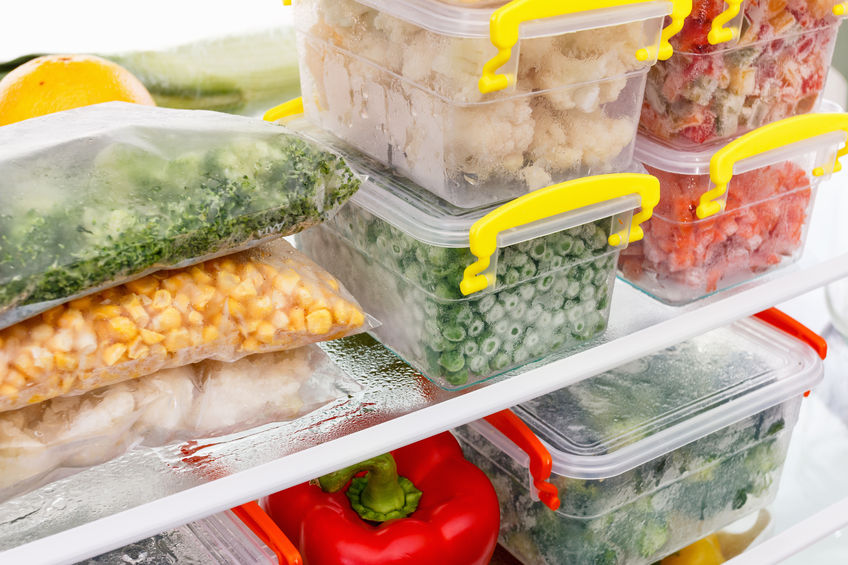 Once you’ve made the decision to start storing survival food, you’ll have to take care to properly store it so that it’s available to you when you most need it. It isn’t a buy and forget type of deal – if you don’t maintain your food stores then you risk losing everything, wasting lots of money, time, and effort. Here are five mistakes you’ll want to avoid when storing your survival food.

1. Not Choosing the Right Storage Containers

Yes, that 55-gallon drum and that plastic trash can are certainly cheap, as is that 5-gallon bucket that used to hold the chlorine for your pool, but are they really what you need for food or water storage? Are they food safe? Do you know what was stored in them previously?

In general, you want to use food-safe containers that are intended for food storage. Storing food and water in used containers is a bad idea, because they may have been used to store chemicals. So if you have a five gallon bucket that was previously used to store chlorine or other powdered or liquid chemicals, it’s not safe to store food in it.

Get the right kind of food-safe containers, ones that come with an airtight lid. That means no plastic trash cans. You’ll also want to toss in some oxygen absorbers just in case, to absorb any excess moisture that may be present in the containers at the time you fill them.

Because you’ll most likely be storing your food in plastic containers, you’ll need to be concerned about degradation of the plastic over time. Many plastics are subject to embrittlement over time, and particularly when exposed to sunlight.

Not only will sunlight degrade the plastic containers, but it can also raise the temperature of the food stored within. That fluctuation in temperature over time will reduce the shelf life of your food stores. Keep your food containers in a dark, cool area that isn’t exposed to direct light.

A lot of people will store their food in a basement or a root cellar. It may be dark and cool year-round, but what about humidity? Moisture is the enemy of long-term food storage. If you have a basement that remains damp you’ll need to, at the minimum, run dehumidifiers to keep your food from spoiling. In the longer term, however, you should think about finding a better storage location, one that isn’t subject to moisture and dampness.

Rotating food is an absolute necessity. You’re supposed to store what you eat and eat what you store. You need to keep records, label your food, and establish a FIFO system (first in, first out) so that you’re always eating the oldest food in your stockpile, then replacing it with fresh food. That way when you really need to draw on that survival storage, you won’t suddenly find that half your food is 10 years old and rancid.

5. Not Properly Canning or Dehydrating Food

Many people try to store their own canned or dehydrated food. While that can be useful in providing some much-needed variety to a survival diet, doing it wrong can ruin your food or, in the worst case, kill you. Improper canning can lead to the development of botulinum toxin in your food stores, which can lead to botulism poisoning. While the toxins can be destroyed by boiling for ten minutes, many canned foods such as fruit are often consumed without cooking. Botulism poisoning, if left untreated, is fatal in nearly half of all its victims.

Failing to dehydrate foods properly can also destroy food or cause illness. Too much moisture can allow bacteria to grow. In the best case, this can allow for molds to grow that will spoil food. But even if there is no visible spoilage, dangerous bacteria such as salmonella and E. coli can still survive. Storage of home-dehydrated food is best done for short periods of time. Unless you really know what you’re doing and can measure the moisture content of your dehydrated foods, you can’t guarantee that they’ll last as long as you need them.