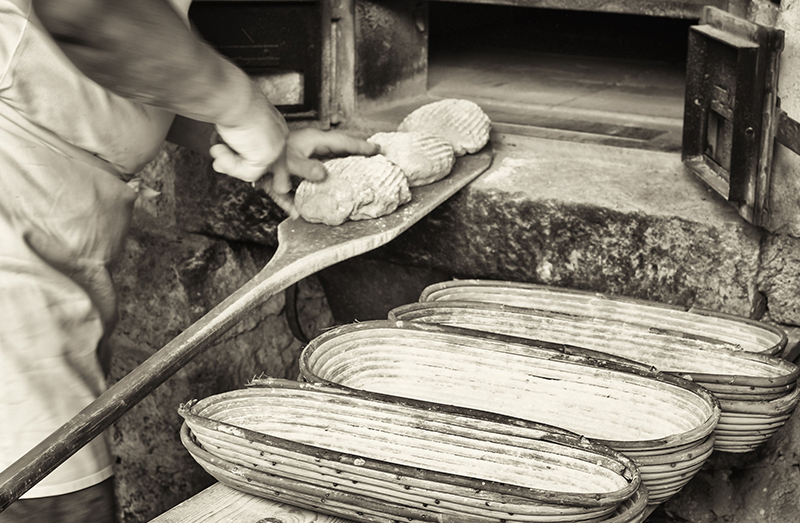 One of the common mistakes that many preppers make is stockpiling a whole bunch of food and supplies but never actually practicing the skills necessary to put those supplies into productive use. If you stockpile guns and ammo but never practice your shooting skills, those guns aren’t going to be of much help to you. If you stockpile seeds but never practice building a garden and protecting it against insects and birds, you’re going to face a tough time when you really need to depend on your own food production. And if you stockpile food but never learn how to cook with it, you might as well flush it down the toilet.

One of the food staples that people will rely on in a crisis is bread. How many revolutions have been fought because people no longer had access to bread? How many governments have toppled because of crowds flocking to the streets demanding bread? Bread is incredibly important to many people’s diets, but it’s not that easy to make perfectly. If you’re storing up flour in preparation for a crisis but don’t know how to bake bread, now’s the time to start practicing.

One of the first things to realize is that you’ll get a more consistent bread if you weigh your ingredients rather than measure them by volume. In the United States, we’re used to measuring things in cups, tablespoons, and teaspoons. But if you measure flour in cups, based on how compactly you compress the flour and the different densities of various flours you could end up varying the amount of flour in your bread recipe by up to 50%! That obviously makes a big difference in your final recipe.

For a standard yeast bread, you’ll often see references to hydration ratios or baker’s percentages. That refers to the amount of water you’ll add to your flour. A normal bread might have a 50-60% hydration ratio, a baguette might be 70-75%, and a wet-doughed bread like ciabatta might be around 80%. So if your recipe calls for 10 ounces of flour, a 70% hydration ratio means you’d want to use 7 ounces of water. Recipes are only a guideline, however, as the type of flour you use can affect how much water is absorbed and how wet the dough becomes.

You could start off your baking practice by using various bread recipes or even experimenting on your own. A standard baguette recipe would call for anywhere from a 68-74% hydration ratio, 2% yeast, and 2% salt. So for 10 ounces of flour, you would use 6.8-7.4 ounces of water, 0.2 ounces of yeast, and 0.2 ounces of salt. Adjusting ratios, adjusting the amount of kneading of the dough, and adjusting proving times all affect the taste and shape of the final product.

Your first attempt at baking bread will likely result in something not quite what you expected unless you’re either a naturally-talented baker or very lucky. But unless you really screw things up you’ll still end up with something edible, in all likelihood tastier than what you can buy at the store. Just remember to keep practicing until you develop the skill to determine how much gluten development is needed and when the dough is properly proofed.

In a crisis situation, you may not have access to yeast. No worries, you can still bake bread. Flatbreads and tortillas are two quick ways to make bread without yeast. And because of natural yeasts present in the air, you can make starters that will capture those yeasts and allow you to use them to bake yeast bread. The taste will probably be a little different than what you’re used to, but it’ll still be edible. Once again, the key is to practice. Developing that knowledge and that skill before you’ll need it to survive is the key to survival.