REDTEA NEWS
Tank Gift to Ukraine Exposes the Sad Reality...
The Government Thinks We’re the Terrorists Now
FBI Admits It Uses CIA and NSA to...
The Medical Industry Continues to Fail Patients
Democrats Are About to Learn That Turnabout Is...
If You Like Your Gas Stove, You Can...
McCarthy’s Woes Are Payback a Long Time Coming
The Genocidal Tendencies of Climate Change Crazies
The Response to the Twitter Files Is Telling
Are San Francisco’s Killer Robots the Wave of...
Home Survival Survival Ammunition: 7.5x55mm Swiss
Survival 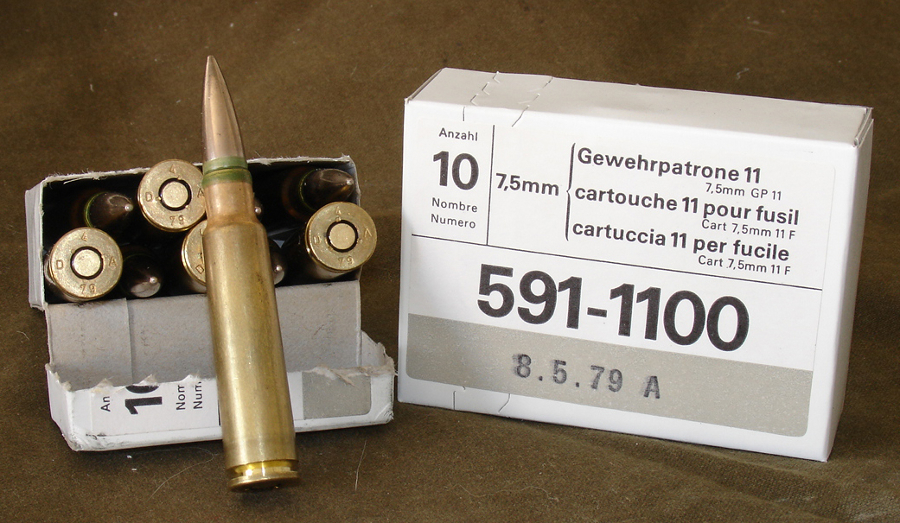 One of the things for which Switzerland is best known is its militia system. Surrounded by mountains, the country has natural defenses against aggression. But sitting surrounded by traditional great powers Italy, France, Germany, and Austria, Switzerland has had to jealously guard its independence lest it be annexed to one of those other countries.

The way Switzerland has done this is to require all of its young men to join the army. They only receive about four months worth of basic training, but upon completion of their service they are issued an assault rifle which they are to keep at home and maintain ready for mobilization. Up until a few years ago, they were also required to keep 60-90 rounds of ammunition too, so that they could fight their way back to an armory to get more ammunition. That requirement was done away with by Swiss gun control activists, who are pushing to minimize the size of the army and reduce the number of guns in civilian hands.

With only 9,000 career soldiers in service, Switzerland is highly dependent on the shooting skills of its militia for its defense. That has resulted in a culture that values shooting and marksmanship. Each year the Feldschiessen contests in the various Swiss cantons draw thousands of shooters looking to compete and show off their accuracy.

Because of Switzerland’s insularity and neutrality, its firearms and ammunition designs have often differed from that of its neighbors. Switzerland adopted the Schmidt-Rubin series of rifles beginning in the late 19th century, and continued them in active service through the 1950s. Those rifles were known for their incredible machining, tight tolerances, and outstanding accuracy. But the ammunition they fired was just as highly regarded.

The 7.5x55mm Swiss cartridge was initially developed as the 7.5x53.5mm GP90 cartridge, adopted for the Model 1889 rifles. Some changes were made in 1903, but in 1911 the cartridge was lengthened to 55mm and its performance improved for the new Model 1911 rifles. This new GP11 cartridge was to serve as the standard Swiss service cartridge until the adoption of the GP90 5.56x45mm cartridge in 1990.

The 7.5x55m Swiss cartridge was one of the first smokeless powder cartridges fielded in Europe, and it underwent many of the same improvements over its lifetime as its foreign counterparts. In its current GP11 loading, it sports a 174-grain boat-tailed spitzer bullet traveling at 2,560 feet per second, for about 2,500 foot-pounds of muzzle energy. That places it squarely in the realm of .308 Winchester or .30-06 Springfield power levels.

The GP11 ammunition has the reputation of being high-quality match-grade ammo, a rarity for service ammunition. But the Swiss place a great emphasis on accurate fire, so perhaps that’s understandable. GP11 ammunition features a Berdan-primed brass case and a nickel-plated jacketed lead core bullet. Much of the GP11 was exported to the United States as surplus over the past 20 years or so, and supplies have just about dried up. When you find GP11, expect to pay about 90 cents per round.

Commercial ammunition is available, with Prvi Partizan being the cheapest at about 65 cents per round. Brass cases are available from Prvi Partizan and Norma for those who handload, and the cartridge will fire any .308”-diameter bullet. Because the cartridge features a wider rim and head than the 8mm Mauser/.30-06 Springfield family of cases, it cannot be formed from any other brass. Be careful about bullet seating in the 7.5x55mm, because chamber throats, particularly in the K31 rifles, are short and tight, necessitating deeper bullet seating.

Recoil of the 7.5x55mm Swiss cartridge is stout, and can be unpleasant to experience. But with a full power rifle cartridge like this you won’t be shooting dozens of rounds. For a long distance standoff cartridge or hunting round, the 7.5x55mm Swiss can be a perfect choice. Just make sure you stock up on ammo and components while they’re still readily available. 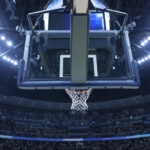 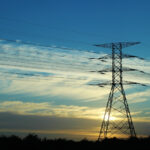