REDTEA NEWS
Democrats Don’t Care How Much You Suffer
The Real Purpose of the Second Amendment
Why Gasoline Prices May Never Come Down
Are We in Civil War Already?
The Narrative Is So Transparent It’s Laughable
Another Pro-Life Pregnancy Center Firebombed
Attempt on Kavanaugh’s Life Shows the Danger the...
Inflation Causing Americans to Change Spending Habits
American Gun Owners Are the Last Line of...
Democrats Still Don’t Understand Guns or Gun Owners
Home Survival Survival Firearms Battery: 7.62×51/.308 Battle Rifles
Survival 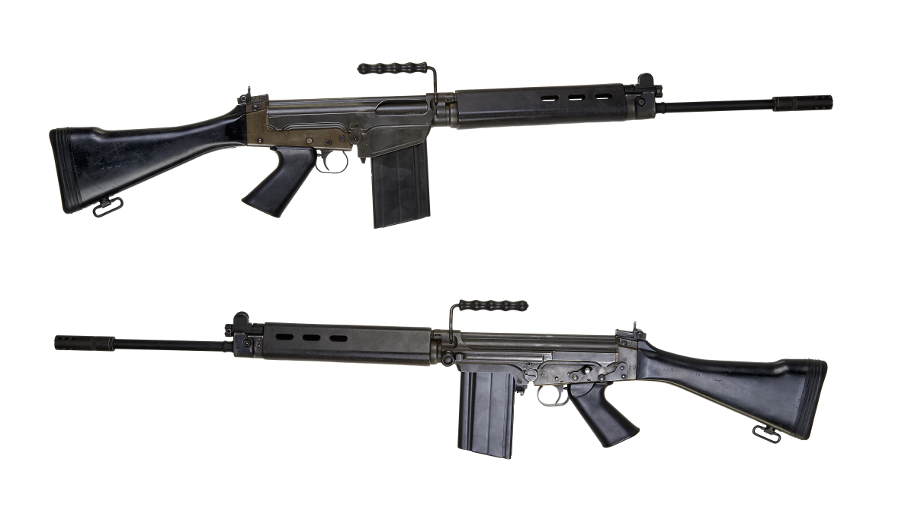 Today we’re looking at an option that’s becoming increasingly popular among shooters and preppers: the battle rifle. Unlike assault rifles, which fire an intermediate size cartridge, battle rifles fire a full-powered rifle round. And in the case of the most popular battle rifles, that’s the 7.62x51mm NATO cartridge, or the .308 Winchester.

7.62x51mm/.308 Winchester has become perhaps the most popular full-sized rifle round in the country, making it the second-most popular rifle cartridge behind the .223 Remington. In its standard military loading, it fires a 145-150 grain bullet at 2700-2800 feet per second, making it nearly twice as powerful as the .223 Remington. And when loaded with heavier bullets in the 165-180 grain range, the 7.62x51/.308 can nearly equal the power of the venerable .30-06 round. That kind of power makes battle rifles chambered in 7.62x51/.308 very popular both with hunters and with preppers. There are three major platforms of .308 battle rifle that are available today.

Once known as the “Right Arm of the Free World,” Fabrique Nationale’s Fusil Automatique Léger has been used by over 90 countries around the world. While no longer in service in its native Belgium, the rifle continues to see use throughout Africa and South America. The two major variants of the FAL are known as metric-pattern and inch-pattern rifles, with the metric rifles being based on the original FAL measurements and the inch rifles being based on the UK’s L1A1 version of the FAL. While parts kits of both FALs and L1A1s were imported to the United States, most L1A1 kits in the US were built on metric receivers. Metric receivers can accept only metric-pattern magazines, while inch receivers can accept both inch- and metric-pattern magazines.

The FAL has an adjustable gas system that allows the shooter to tune the rifle for the type of ammunition being used, allowing for smooth function, lessened recoil, and greater reliability. With millions of FALs being built and used worldwide, it remains one of the more popular battle rifle platforms in the US. But now that supplies of surplus FAL parts have started to dry up, rifles, parts, and magazines are getting more expensive. Expect to pay $15-20 for a surplus magazine, and $900-1000 or more for a rifle.

The Heckler & Koch G3 and associated rifles (CETME, HK-91, PTR-91, C308) are probably the third-most popular battle rifle available today. They’ve always been a bit expensive, and due to their partially welded construction they’ve never been as popular with amateur rifle builders. One of their primary selling points is the cheap price of their magazines, still available for less than $5 apiece. Those magazines are built of aluminum, however, and thus are easily damaged, so you’ll definitely want to stock up.

The G3 also features a fluted chamber, which eases extraction under muddy and dusty conditions, but which significantly reduces the life of cartridge brass for those who like to reload. Because it hasn’t been the most popular rifle on the market, the G3 also features less aftermarket support than other rifles do. The cheapest G3-type rifle you’ll encounter today is the Century C308, at around $600-700. An actual H&K-produced G3 or HK91 will cost you several thousand dollars.

Finally, there’s the growing popularity of AR-pattern .308 battle rifles. Right now there are three major platform types that are competing against each other. The dominant platform has been the DPMS LR-308 platform, which has the greatest variety of magazines available for it. It’s essentially just a scaled-up version of the AR-15, and many parts will interchange with the AR-15.

Then there’s DPMS’ GII pattern rifles, a .308 battle rifle built on a platform that’s halfway between the size of the LR-308 and the AR-15. It’s lighter than most other .308 battle rifles, but its parts are still proprietary, so it hasn’t gained much penetration into the market yet.

Finally there’s the AR-10, manufactured by Armalite. While AR-10 owners love the quality of their rifles, the lack of parts interchangeability with the LR-308 series and the high cost of magazines keeps them from being more popular.

Because all of these rifles are modular in the same way that the AR-15 is, owners can change caliber by switching a barrel (for a permanent change) or switching an upper receiver assembly (for a temporary change.) Popular calibers include all the .308-based cartridges (.243 Winchester, .260 Remington, 7mm-08 Remington, .338 Federal, and .358 Winchester), newer flat-shooting cartridges such as 6.5 Creedmoor and 6mm Creedmoor, and big-bore cartridges such as 45 Raptor.

There’s no question that a battle rifle cartridge offers far more power than an assault rifle cartridge. With more than twice as much muzzle energy from the .308 cartridge, and better energy retention at longer ranges, the .308 is hands-down the winner over .223 when it comes to power. Build a big-bore rifle and you could start reaching the energy levels of some of the classic African hunting cartridges.

While the heavier bullets of battle rifles will tend to drop more than some of the .22-caliber bullets, they retain energy much better at distance. While the .308 isn’t the ideal 1000-yard cartridge, it will be far easier to hit targets at that distance than with a .223, and with far more authority to boot. When you need to reach out and touch something at long distance, the larger cartridges are the way to go. And with the ability to build battle rifles in flat-shooting cartridges such as 6mm and 6.5 Creedmoor, long-distance shooting with a battle rifle has become easier than ever.

The rifles are heavier, the ammunition is heavier, and the magazines are heavier. Expect a battle rifle to weigh at least two to three pounds more than a comparably-equipped AR-15, if not more. Since ammunition will be heavier too, expect to be able to carry less of it. Per pound, you can expect to carry at least double the amount of .223 as you would of .308.

Assault rifle ammunition can be had for as little as 20 cents per round for steel-cased ammunition, or around 28 cents a case for cheap brass-cased .223 ammo. Steel-cased .308 (which has a dodgy reputation for reliability) will run at least 32 cents a round, while military surplus brass-cased ammo will run around 40 cents per round. The costs for reloading are higher too, as .30-caliber bullets will be more expensive than .22-caliber bullets.

None of these rifles are cheap. Quite frankly, you probably wouldn’t want them to be cheap if your life depends on them. But expect to pay over $1000 for a rifle, magazines, accessories, etc. Yes, it’s not as cheap as an AR-15, but if you need the extra power and range that a larger rifle can give you, you may find that the extra cost is worth it.