REDTEA NEWS
Tank Gift to Ukraine Exposes the Sad Reality...
The Government Thinks We’re the Terrorists Now
FBI Admits It Uses CIA and NSA to...
Democrats Are About to Learn That Turnabout Is...
If You Like Your Gas Stove, You Can...
McCarthy’s Woes Are Payback a Long Time Coming
The Response to the Twitter Files Is Telling
Are San Francisco’s Killer Robots the Wave of...
The Genocidal Tendencies of Climate Change Crazies
The Siren Song of Being “Moderate”
Home Survival Survival Firearms Battery: Glock Pistols
Survival 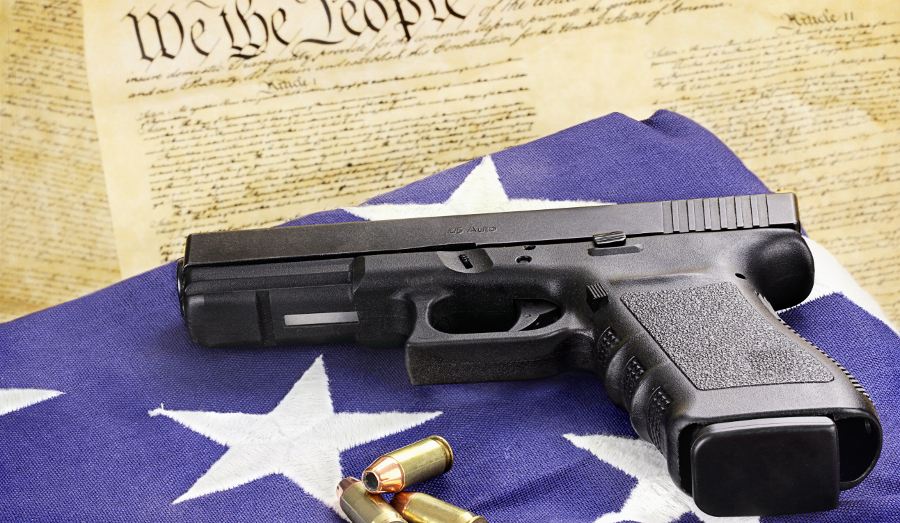 No firearms collection is complete without at least one handgun. Easily concealable, they allow a person to travel with an effective means of self defense without advertising that fact to the world. Of course as everyone knows, a pistol is just what you use to fight your way back to your rifle. In the event of an all-out gunfight, a pistol can be handy but it will always lose out to a long gun.

One of the most popular pistols in the world is the Glock family of pistols. First produced in 1982 for the Austrian armed forces, the Glock 17 took the shooting world by storm. With a frame made out of polymer, the Glock was far lighter than existing metal-framed pistols. Its striker-fired system, lack of external safeties, and double-stack 17-round magazine capacity helped to make it both a military and commercial success. The success of the Glock 17 spawned a whole family of pistols in multiple different calibers.

The Glock family of pistols are available in many different sizes which fit into the following general categories: Standard, Compact, Subcompact, Slimline, Competition, and Long Slide. The standard size pistols such as the Glock 17 all use the same frame size, with the exception of the Glock 20 (10mm) and Glock 21 (.45 ACP) which use a slightly larger frame. The compact pistols are smaller than the standard size pistols and generally hold 2 fewer rounds in their magazine. The subcompact are smaller still, and may be difficult to hold for those who have large hands. All of the subcompact and compact pistols are able to accept magazines from their larger brethren. For instance, you can use the 17-round magazine of the Glock 17 in a Glock 19 and Glock 26, or the 15-round magazine of a Glock 19 in a Glock 26. The slimline pistols feature a single-stack magazine and are intended for maximum concealment.

Here’s a list of the most common Glock models you may encounter.

There are numerous variations of these pistols too, such as the -L suffix long slide pistols or the -C suffix pistols with compensated barrels and slide cutouts to match. It should be pointed out that because of the popularity of Glock pistols there is a huge aftermarket of firms offering supplies for them. You can purchase barrels in different calibers for just about every pistol Glock makes, even in relatively obscure calibers. For instance, in addition to the standard 10mm barrel of a Glock 20 you can purchase barrels in .40 S&W, .357 SIG, or 9x25 Dillon.

Glocks have also gone through a number of different generational changes through their production run, and not all parts will interchange across all generations.

The first generation of Glock pistols featured a two-piece recoil rod and spring assembly and had no checkering on the front strap and back strap of the grip.

The third generation of Glock pistols added an accessory rail on the forward part of the frame under the barrel to allow for the mounting of pistol lights, lasers, and other accessories. The grip featured finger grooves and thumb rests. Later third generation pistols featured a larger locking block and an additional cross pin to help distribute recoil forces. The third generation Glocks are the standard for which many aftermarket parts are designed.

The Gen5 Glocks were released in mid-2017 and feature a number of new features as well as redesigned parts. Many of the parts can now no longer be interchanged with previous Glock generations. Gen5 Glocks also feature an ambidextrous slide stop release, a flared magazine well, and no longer have finger grooves on the grip.

Glocks ushered in the era of cheap, reliable, high-capacity pistols. Consistently priced below the cost of competing metal-framed pistols such as the Beretta 92, SIG P220/226, and Heckler & Koch USP, Glock easily found acceptance among both the shooting public and law enforcement agencies. The price of a new Glock still is only just over $500, while used guns and police trade-in guns can often be found in the low $300s.

Designed initially as a service pistol, Glocks have a reputation for reliably feeding any ammunition they are fed. Aftermarket barrels are available for those who want to shoot lead bullets (which should not be fired in factory Glock barrels) or who want tighter chamber tolerances, but those barrels may affect reliability.

The number of aftermarket parts available for Glocks is mind-boggling. From different strengths of recoil spring to varying triggers to fancy slides and caliber conversion barrels, you can modify a Glock to make it just the way you want it to be.

While Glocks have been around for decades, their ultimate long-term lifespan is unknown. All polymers break down over time, particularly when exposed to sunlight, so it’s only a matter of time before a Glock frame will crack or break. There are many gun owners who still shoot rifles with steel receivers that were produced from the 1860s to the 1890s. Will Glock frames still be shootable 120-150 years from now? The jury is still out on that.

Part of the Glock’s ability to digest all sorts of ammunition is the design of its feed ramp and chamber. But by easing feeding, many Glock factory barrels leave the underside of the case head unsupported, leading to the infamous “Glock smile” on fired brass. While that’s not normally a concern for new ammunition, for those who reload their brass it could result in weakening of brass near the case head and possible case ruptures on subsequent firings, which could destroy the gun and cause serious injury to the shooter.

The Glock has taken a lot of grief from shooters over the years because of the strange angle of its grip and bulky back strap. Differing significantly from most other pistols such as the 1911 with which most shooters are familiar, firing a Glock requires a slightly different grip on the pistol that takes some getting used to and can require some work to acquire the sights. While it isn’t a problem for most shooters, the ability from Gen4 onwards to customize the backstrap can eliminate that problem.