REDTEA NEWS
NIH Royalty Payments Bring Up Conflict of Interest...
The COVID Narrative Is Changing Before Our Very...
Dishonesty Is the Left’s Stock-In-Trade
FBI Whistleblowers Coming Out of the Woodwork
Are You in a Government Database? Probably So
Leftist Tolerance on Display in Wake of Roe...
China Demands Censorship of US Landmarks in Movies
Biden Administration Clueless About Border Fiasco
The Left’s Meltdown Over Roe v. Wade
The Left’s Censorship Campaign Is Backfiring
Home Survival Survival Firearms Battery: The M1 Carbine
Survival 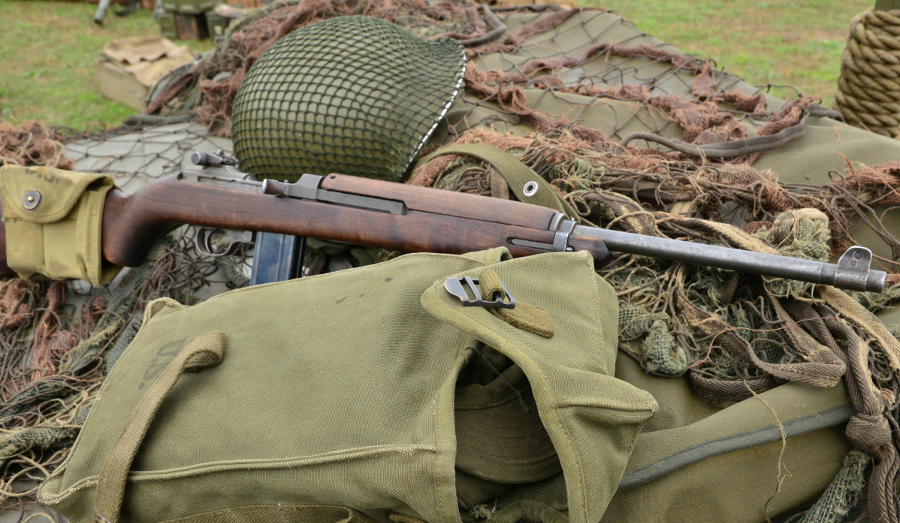 The M1 carbine and its variants were produced in greater numbers than any other firearm that saw service in World War II. Over 6 million were produced, with many being provided after the war to allied countries. The M1 carbine found great popularity among civilian shooters too, as cheap surplus rifles and ammunition endeared it to the shooting public and to veterans who had fond memories of their carbines.

Developed to be a lighter, handier rifle than the full-size and heavy M1 Garand, the M1 Carbine was intended to be issued to artillerymen, truck drivers, and other support troops. Lighter and handier than both the Garand and the Thompson submachine gun, the M1 carbine offered twice the muzzle energy of .45-caliber submachine guns with a much longer effective range, offering support troops an effective means of self-defense against behind-the-lines enemy attacks.

Featuring a 110-grain bullet traveling at around 2,000 feet per second, the .30 Carbine cartridge has energy levels slightly less powerful than the Soviet 5.45x39mm cartridge. While the M1 carbine was initially quite popular with troops, its performance as a front-line service cartridge in the Korean War led to both the cartridge and the rifle coming in for criticism.

The cold temperatures in Korea often led to jams, due to weak springs and lubricants freezing. And because the carbine’s ammunition wasn’t terribly powerful and had to rely on round-nose full metal jacket ammunition, it developed a reputation for not being able to stop charging Chinese and North Korean troops. Modern ammunition such as the Hornady 110-grain FTX has remedied that to an extent, although the bullet is still not available to handloaders.

Advantages of the M1 Carbine

Weighing less than 6 pounds fully loaded, and with folding paratroop stock available, the M1 Carbine doesn’t take up much space. It’s perfect for using for its intended purpose, a light, handy rifle to carry along when a full-size rifle is inconvenient.

Because of the millions of rifles produced, parts and accessories continue to abound. While some original GI issue parts have gotten expensive, aftermarket magazines and other accessories remain relatively affordable.

4. Flies Under the Radar

With blued steel and a wooden stock, the M1 carbine doesn’t scream “assault weapon” in the same way that an AR or AK does. But with 30-round magazines commonly available and more effective ammunition hitting the marketplace, the M1 carbine can be just as effective as an AR-15 under the right conditions.

Disadvantages of the M1 Carbine

Let’s face it, the design of the M1 carbine is old and dated, and not very ergonomic compared to modern offerings. Combine that with millions of rifles that aren’t getting younger and you have a recipe for dwindling usage of the carbine.

The last round of surplus M1 carbines received by CMP two years ago sold in the $600-700 range and were quickly scarfed up. Modern reproductions by Auto Ordnance and Inland Manufacturing will likely run you $800-1000. In an age of $400 AR-15s, that just isn’t competitive.

The .30 Carbine cartridge was originally designed to shoot round-nose cartridges. And because of the relatively short nose of the bullet, it just isn’t feasible to load spitzer bullets into the cartridge. That means that most shooters will be limited to FMJ or maybe some softpoint bullets, but nothing terribly effective for self defense or harvesting game. The one exception is the Hornady FTX, which is available in loaded ammunition but not yet as a separate component.

In terms of its power, the .30 Carbine is equaled or exceeded by the .300 Blackout, the latest new cartridge for the AR-15.With a wider bullet selection, the ability to shoot heavy subsonic bullets, and the modularity enjoyed by the AR-15 platform, the AR-15 chambered in .300 Blackout is the modern equivalent of what the M1 carbine should have been.