REDTEA NEWS
Will Monkeypox Be the Next Big Health Scare?
Are Democrats Going to Push Price Controls?
NIH Royalty Payments Bring Up Conflict of Interest...
The COVID Narrative Is Changing Before Our Very...
Dishonesty Is the Left’s Stock-In-Trade
FBI Whistleblowers Coming Out of the Woodwork
Are You in a Government Database? Probably So
Leftist Tolerance on Display in Wake of Roe...
China Demands Censorship of US Landmarks in Movies
Biden Administration Clueless About Border Fiasco
Home Survival Survival Firearms Battery: Small Ring Mauser Rifles
Survival 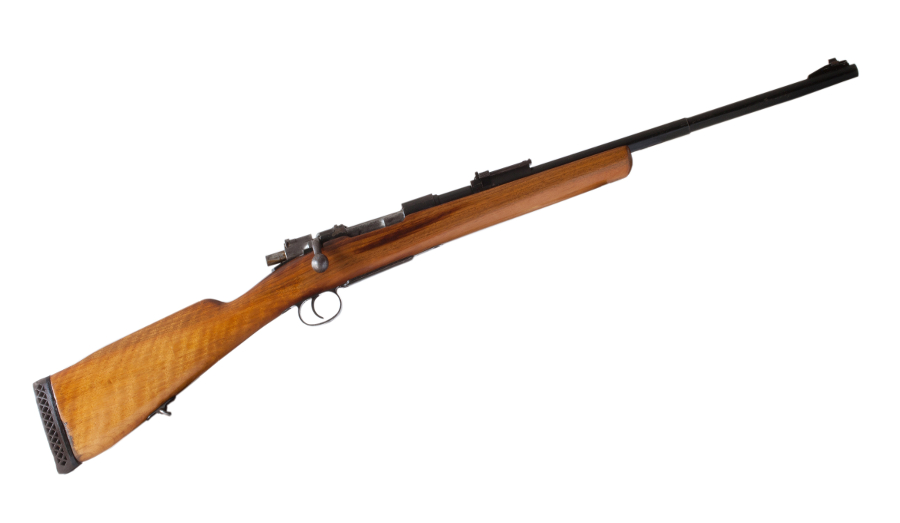 When people think of Mauser rifles, they generally think of World War I and II and the German Army. The Mauser 98 that was used in Germany from 1898 to 1945 was the pinnacle of bolt action rifle development, coming after a hurried 12-year arms race that began with the French Army’s introduction of the Lebel rifle in 1886. The Mauser 98’s predecessors, because they lasted less than a decade and were constantly being improved upon, therefore don’t receive the same attention that their more recent brethren do. But they’re still perfectly serviceable and capable of being part of your battery of firearms.

Improvements made in 1891 included removing the barrel jacket, which experience had shown had led to moisture retention, rust, and burst barrels in the Commission rifles. The 1891 rifles were adopted by Argentina, with some making their way to Peru. The 1889 and 1891 rifles (and the less common 1890 Turkish rifles) were chambered in 7.65x53 Mauser, commonly known as 7.65x53 Argentine. Very similar in size and performance to the modern .308 Winchester cartridge, the 7.65x53 was originally loaded with a round-nosed 211-grain bullet traveling at around 2,100 feet per second. Later loads featured a 154-grain spitzer bullet at around 2,700 fps and a 174-grain bullet at around 2,400 fps.

Because of the age of these guns, condition is very important. They don’t handle gas from a pierced primer or ruptured case as well as the later large ring Model 98 Mauser rifles, and thus are in less demand from hunters and shooters.

Mauser continued the development of his rifles, not content to rest on his laurels. With the development of a claw extractor in the experimental Model 1892 rifle, Mauser went on to develop a staggered box magazine that fit flush with a rifle’s stock. Those two features went into the Model 1893 rifle which, chambered in the new 7x57mm Mauser cartridge, equipped the Spanish military.

The 7x57mm cartridge, known as the .275 Rigby in England and its colonies, has become one of the all-time classic hunting cartridges. It originally featured a 173-grain bullets traveling at 2,300 fps, giving modest recoil and a flat trajectory.

American troops in Cuba during the Spanish-American War were tremendously outgunned when they faced Spanish forces, as they were still armed with single-shot .45-70 Springfield rifles. Both the longer range and faster rate of fire of the Mausers were deadly against US troops. The 7mm Model 1893 Mausers were also used to deadly effect against British troops in South Africa during the Boer War, as the Boers were able to outrange British troops and harass them using guerrilla tactics.

Later loads adopted for the 7mm Mauser cartridge included a 139-grain bullet traveling at 2,800 fps. The 7mm Mauser became a very popular cartridge for militaries in South and Central America.

In their original chambering the small ring 7mm Mausers remain capable hunting rifles. Again, because of their age, condition is very important when buying these rifles. This is particularly the case when purchasing Spanish-produced rifles, which have a reputation for using inferior steel and manufacturing processes to those rifles manufactured in Germany or Belgium. The Model 1895 Mauser rifles, most often seen with Chilean markings, feature an additional safety feature in the form of a small metal shoulder behind the bolt handle in order to contain the bolt in the event of failure of the locking lugs.

Both 1893 and 1895 Mausers may also be found rechambered in 7.62 CETME or 7.62 NATO. This was most often accomplished by re-boring and rifling the barrel to 7.62mm dimensions, then reaming the chamber and soldering a 7.62 CETME or NATO chamber insert into place. These inserts weren’t always installed well, as cross-sections demonstrate, so those rifles chambered for 7.62mm cartridges should probably be rebarreled.

The 1894 and 1896 Swedish Mausers are considered to be the ultimate small ring Mausers. Featuring a gas escape hole in the bolt, the Swedish Mausers also feature some of the highest-quality steel, manufacturing processes, and finishing used in any military Mausers.

Swedish Mausers are chambered in 6.5x55mm, which has become one of the most popular hunting cartridges in the world. Originally featuring a 156-grain roundnosed bullet traveling at around 2,400 fps, the cartridge was updated during World War II to a 140-grain spitzer bullet traveling at around 2,600 fps. Because of their sectional density, 6.5mm bullets have an ability to penetrate incredibly deeply. Famed Scottish big game hunter W.D.M. “Karamojo” Bell frequently used the 6.5x53mm Mannlicher cartridge (slightly less powerful than the 6.5x55mm) and the .275 Rigby to make one-shot kills on elephants, taking them down with a brain shot right between the eyes.

Most Mauser 98 rifles are classified as “large ring” rifles due to their receiver ring measuring 1.410” versus the 1.300” of the pre-1898 Mausers. However there are a few Mauser 98 variants that are technically “small ring” Mauser 98 rifles. These include the Mexican Model 1910 and 1936 rifles, the Kar. 98A rifles, and the G33/40 rifles. All of these feature a 1.300” receiver ring. The Mexican and G33/40 rifles feature barrels with a .980” shank as those of the pre-1898 small ring Mauser rifles while the Kar. 98A rifles feature a barrel with a 1.100” shank as those of the post-1898 large ring Mauser rifles. All of these small ring Mauser 98 rifles feature the additional gas handling ability of the Mauser 98 while retaining the smaller receiver ring size. They have therefore traditionally been in high demand by gunsmiths for building custom rifles due to the lighter weight of their smaller receivers.

Because they’re less desirable to collectors than large ring Mausers (especially those from World War II) small ring Mausers tend to be cheaper than their more recently produced brothers. For a sporterized small ring Mauser in decent condition, expect to pay between $150 and $300. Small ring Mausers in original military condition with matching numbers will command a higher premium, particularly the Model 1895 Chilean Mausers, the rarer Spanish carbines, and the 1894 Swedish carbines and 1896 Swedish rifles.

Despite their age and the relative “weakness” of the cartridges they are chambered in compared to modern magnum cartridges, small ring Mausers are perfectly capable of taking just about any game in North America. Their cartridges still offer more power and a flatter trajectory than the venerable .30-30 Winchester, which has taken numerous deer, elk, and bear over the decades.

While there aren’t as many parts and accessories available for small ring Mausers as for the Mauser 98, there is still a decent selection. New barrels can be found in 7x57mm, 6.5x55mm, 300 Savage, 250 Savage, and .35 Remington among others. And with thousands upon thousands of these rifles having been imported to the United States since World War II there are spare parts and tooling galore that you can use to fix up your rifle.

Small ring Mausers aren’t as good as their large ring brethren at handling pierced primers or ruptured cases. While that shouldn’t be a concern for most shooters who examine their firing pins, check for proper headspace, and don’t try to get 50 reloads out of a single brass case, it could potentially be an issue if you happen to get a brittle case or a factory overloaded round.

Combine that with rifles that may be 125 years old, of unknown metallurgy, subjected to God only knows what type of handing over the years, and you really need to be careful when firing these things. Shoot low-powered factory ammo or, if you handload, keep pressures low, in the 45,000 PSI range, and don’t try to make these old rifles into something they’re not.

Ever since the Mauser 98 was introduced, most bolt action rifles have used a bolt that cocks when the bolt is opened. The earlier small ring Mausers, on the other hand, cock when the bolt is closed. It’s a little more difficult to cock on closing, taking more force to close the bolt. That makes it less than ideal for a situation in which an animal is charging you or someone is shooting back at you.