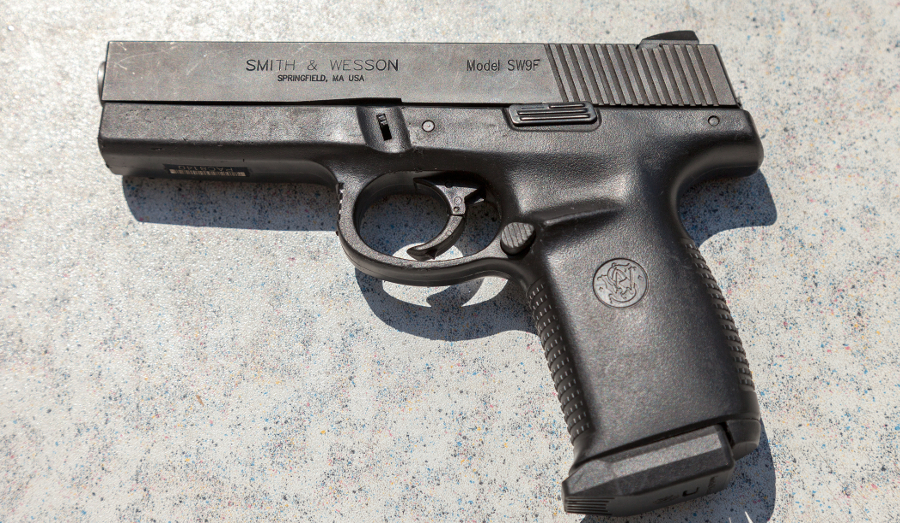 Traditionally better known for its revolvers, Smith & Wesson has made significant inroads into the semiautomatic pistol market in recent decades. While many gun owners swore off S&W in the aftermath of the company selling out to gun control proponents during the Clinton administration, those memories have faded for many gun owners.

Smith & Wesson’s pistols have become increasingly popular in recent years, both with recreational shooters and with police departments. Its two most popular lines right now are the SD series (formerly known as the Sigma) and the M&P series. Both pistols follow the popular pattern of other common self defense pistols today in that they are both polymer-framed and striker-fired.

The SD pistols have been on the market for about 25 years and are so similar to Glock in their operation that S&W actually had to settle a civil case brought by Glock for patent infringement. The SD pistols are available in 9mm and .40 S&W. Standard magazine capacity is 17 rounds for the 9mm and 15 rounds for the .40 S&W.

Smith & Wesson Sigma and SD pistols are dirt cheap compared to most other pistols on the market. Brand new they can be found for a little over $300, while used models can be found for as little as $200. M&P pistols, being newer, are generally more expensive, but a new M&P pistol can often be found priced the same as or just lower than a Glock, at less than $450. Some police trade-in M&P pistols are also starting to hit the market, and are available for less than $300.

The grip angles of the Sigma, SD, and M&P pistols were designed to replicate that of the 1911 pistol, one of the most ergonomic pistols to shoot. By contrast, Glock’s grip angle is often canned by many shooters as being awkward and unnatural to hold, requiring the shooter to relearn the hold in order to get a good sight picture.

If you’re one of those people who likes 8-10 magazines for each of your pistols, that will cost you. Brand new magazines for S&W pistols run about $35, versus less than $25 for Glock magazines. That’s not a deal breaker, since the pistols are generally cheaper than Glock, but you will want to weigh the overall cost of a pistol together with the magazines you need when deciding on a purchase.

2. Doesn’t Bring Anything New to the Table

Polymer-framed striker-fired pistols aren’t anything new. Each new model that comes out operates essentially the same as every pistol that has come before it. For those who may already own a high-capacity striker-fired pistol from Glock, SIG Sauer, Heckler & Koch, etc., the S&W pistols may not bring anything new to the table. But if you’re looking for your first pistol and haven’t already invested in magazines, holsters, and accessories for another brand of pistol, the S&W pistols may be worth looking at.