REDTEA NEWS
Catholic Pro-Life Speaker the Latest Victim of DOJ...
New York Doesn’t Want Good Guys to Stop...
Top FBI Agent Forced Out After Allegations of...
Who Is the Real Threat to Democracy?
A Dozen Federal Agencies Behind the Online Censorship...
Government Is Behind Much of the Social Media...
Hunter Biden’s Laptop Repairman Alleges FBI Tried to...
Can You Trust the FBI Not to Steal...
Is General Milley Guilty of Insubordination?
Raid on Trump’s Home Highlights the Dangers of...
Home Survival Survival Firearms Battery: The 1911 Pistol
Survival 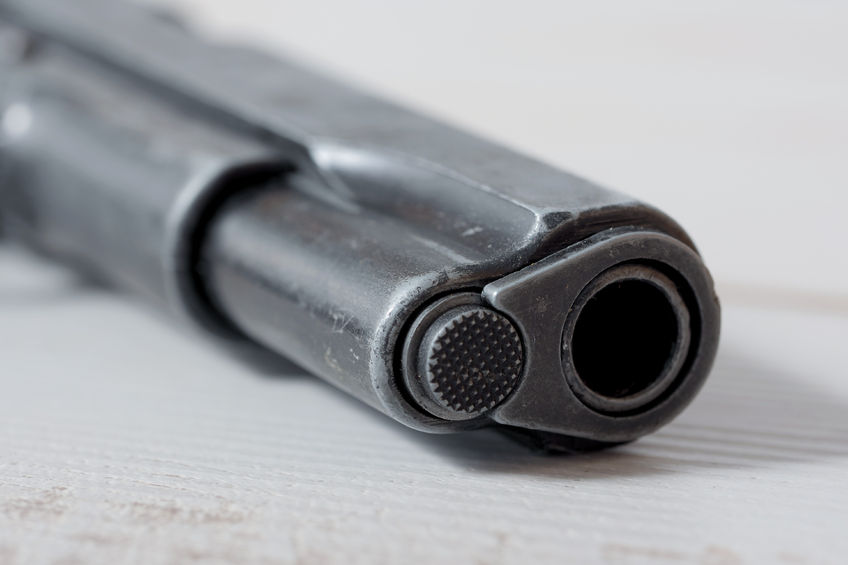 There is perhaps no autoloading pistol more iconic than the John Moses Browning-designed 1911 pistol. Developed for the US Army and introduced into service in 1911, the 1911 pistol remains one of the most-used and best-loved pistols in the United States. Tell someone that you carry a .45 and people will automatically assume that you carry a 1911.

But this American icon isn’t just available in .45 ACP. Its popularity in handgun shooting competitions has meant that over the years it has been built in various other popular handgun calibers, including 9mm Luger, 10mm Auto, .38 Super, .38 ACP, and .40 S&W. And because of that popularity, aftermarket barrels, magazines, and other accessories are available for interested individuals to convert their existing .45-caliber pistols to other calibers, or to build complete pistols from the ground up.

Because the patents on the 1911 ran out years ago, numerous companies offer their own clones of the 1911, in all various sizes and calibers. They range from standard shooter-grade pistols available for $400-500 all the way up to custom-made, hand-fitted “race guns” built for extreme accuracy that can run into the thousands of dollars.

Advantages of the 1911 Pistol

Chambered in the standard .45 ACP, the 1911 offers plenty of stopping power, which is why it remains a popular carry gun for many people today.

There’s almost no limit to the amount of aftermarket accessories you can get for a 1911. From different safeties, grips, and triggers to match-grade barrels and bushings, the variety of options available can be almost overwhelming.

Because it uses only a single-stack magazine, the 1911 is much thinner than most modern double-stack pistols. It can therefore be concealed inside a waistband or underneath a shirt or coat much more easily than most modern pistols.

1911 pistols can be modified in any number of ways to benefit their owners. From super-smooth triggers to incredibly accurate competition guns to light-recoiling plinkers, 1911s can be tuned to perform just the way you want them to.

The grip angle of the 1911 pistol remains the standard by which all other pistols are judged. It is comfortable for most shooters to hold and allows shooters to acquire a good sight picture relatively easily.

Disadvantages of the 1911 Pistol

The 1911 pistol was designed to feed standard military full metal jacket (FMJ) or “ball” ammunition. Because of that, not all 1911s will properly feed the hollowpoint ammunition that has become the standard for personal defense. Those feeding problems could occur for a number of reasons and require a number of possible fixes, from new magazines to polishing the feed ramp to different brands of hollowpoints. Most modern-made 1911s should feed hollowpoints right out of the box, but if yours doesn’t then you may have to do some troubleshooting to get it to feed reliably.

With a pistol that has been around for as long as the 1911 has, it’s inevitable that many manufacturers have tried to tinker with it. Between ramped vs. non-ramped barrels, Series 70 vs. Series 80, Government vs. Commander vs. Officer, not to mention all the varieties of hammers, triggers, safeties, etc., you can have two pistols that look nearly identical externally but that have very few if any internal parts that will interchange. In general, a 1911 that is described as GI or GI-spec should conform to the original 1911 specifications and should be able to use the widest variety of replacement or aftermarket parts and accessories, although you still should do your research just to make sure.

Designed over a century ago, the 1911 system is relatively complex by modern standards. Field stripping the pistol to clean it isn’t as simple as it is with modern pistols such as the Glock. Putting it back together is a little more complicated too, given the swinging link under the barrel. Once you get the hang of it, it’s not too difficult, although it is a lot slower than taking apart a modern pistol.

The 1911 extractor is a known problem point in the pistol, one that can lead to numerous problems with feeding, case extraction, and ejection. And because the extractor is an internal one, it is quite a pain to remove, adjust the tension, re-insert, test for function, repeat if necessary, etc. While brand new pistols should work fine, you may happen upon one that doesn’t work well, or you may buy a used pistol that features a weak extractor.