REDTEA NEWS
Democrats Don’t Care How Much You Suffer
The Real Purpose of the Second Amendment
Why Gasoline Prices May Never Come Down
Are We in Civil War Already?
The Narrative Is So Transparent It’s Laughable
Another Pro-Life Pregnancy Center Firebombed
Attempt on Kavanaugh’s Life Shows the Danger the...
Inflation Causing Americans to Change Spending Habits
American Gun Owners Are the Last Line of...
Democrats Still Don’t Understand Guns or Gun Owners
Home Survival Survival Firearms Battery: The Ruger 10/22
Survival 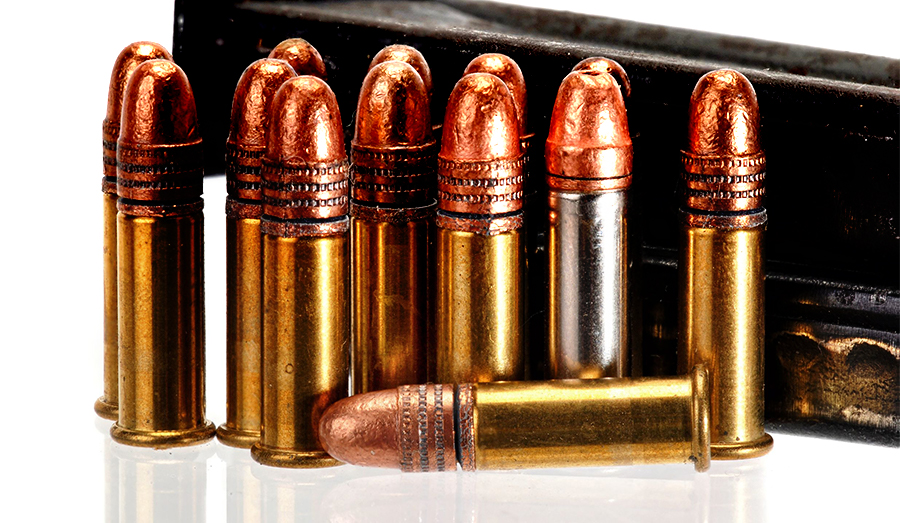 No survival firearms battery is complete without a .22 rifle. In fact, aside from shotguns a .22 rifle may be one of the most versatile firearms in anyone’s armory. A .22 has enough accuracy to be used on small game at distances out to 100 yards. Its recoil is manageable enough that even children can shoot one easily. It doesn’t make a lot of noise, either, and when fitted with a sound suppressor can be quiet enough to shoot without hearing protection. While the .22LR cartridge doesn’t have a lot of power, with proper shot placement it can be used to hunt deer (where legal) or for self defense if you don’t have anything more suitable at hand.

In short, a .22 rifle is one of the indispensable tools that anyone serious about prepping should own. And there’s perhaps no other .22 rifle more popular or widely owned today than the Ruger 10/22. Since its introduction in 1964, over 5 million Ruger 10/22 rifles have been produced. The availability of aftermarket accessories has grown so large that, just like Glock pistols, it’s possible to build a 10/22 rifle completely out of parts not made by Ruger. There are even 80% receivers available for the 10/22 for those who want to challenge themselves and test their machining skills.

While the standard cartridge capacity of the 10/22 is 10 rounds fed from a detachable rotary magazine, aftermarket magazines are available that can extend the rifle’s capacity to 25, 30, or even up to 110 rounds. Now that .22LR cartridge prices are back to more reasonable levels, as low as 3 cents per round, the 10/22 can also provide shooters with hours of plinking fun at the range.

Because of its popularity and ubiquity, the 10/22 is available for sale everywhere at low prices. It isn’t a terribly technologically advanced rifle either, so production costs remain low. Expect to pay $200-250 for a normal entry-level model. As with many other firearms, there are special edition models that come with extra bells and whistles that cost more.

Ammunition costs are cheap too. While the old days of .22LR being available for a penny or two per round are probably long gone, $10 should get you 200-300 rounds of ammunition, plenty enough for a fun afternoon range session.

With so many 10/22s on the market, accessories are available from dozens of different manufacturers. From match-grade barrels to folding stocks to high-capacity magazines, you can purchase pretty much any accessory you can think of.

Disadvantages of the 10/22 Rifle

While a .22 rifle should definitely be part of your firearms battery, you may not want to make it the first rifle in your battery. Defending yourself and your family should be your first priority, which means that a more effective defensive rifle such as an AR-15 or AK-47/AKM variant should be your primary long arm.

2. Some Aftermarket Accessories May Not Function 100%

As with anything that you may modify with aftermarket parts, those parts may inhibit the original function of what you’ve just modified. With the 10/22 in particular, aftermarket magazines have a reputation for not feeding with 100% reliability. That’s not a reason not to buy a 10/22, but rather a reason to make sure that any magazines or other aftermarket parts and accessories you purchase for your rifle will work flawlessly for you.