REDTEA NEWS
Don’t Interrupt Your Enemy When He’s Making a...
Democrats Don’t Care How Much You Suffer
The Real Purpose of the Second Amendment
Why Gasoline Prices May Never Come Down
Are We in Civil War Already?
The Narrative Is So Transparent It’s Laughable
Another Pro-Life Pregnancy Center Firebombed
Attempt on Kavanaugh’s Life Shows the Danger the...
Inflation Causing Americans to Change Spending Habits
American Gun Owners Are the Last Line of...
Home Survival Survival Firearms Battery: The Ruger GP100 and SP101
Survival 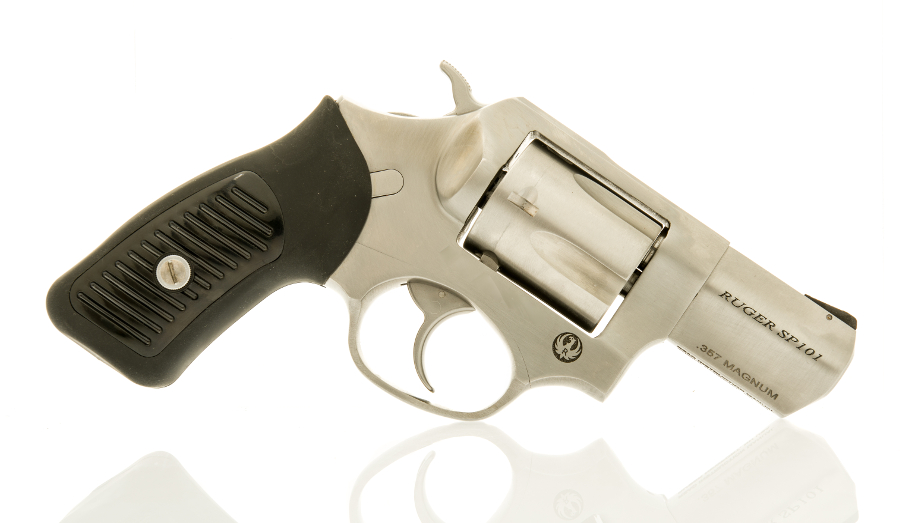 One of the most popular handgun cartridges for self defense is the .357 Magnum. Its reputation for stopping power is legendary. For use against two-legged assailants, the 125-grain hollowpoint loads have been judged to be just about the most effective man-stoppers available, while with heavier loads up to 180 or 200 grains the .357 can be used as an effective defense against Eastern black bears.

The GP100 features a medium-sized frame, but was designed from the ground up to be able to fire as many full power .357 Magnum loads as the shooter could handle. It’s a heavy revolver, fully capable of soaking up the recoil of heavy .357 Magnum loads. Available in barrel lengths of 3”, 4”, and 6”, the revolver has also been produced in .327 Federal Magnum, .44 Special, 10mm Auto, and .38 Special. Older versions of the GP100 came with a 6-shot cylinder in .357 Magnum, while newer versions come with a 7-shot cylinder.

Advantages of the GP 101

The GP100 is an incredibly strong revolver, capable of shooting full power .357 Magnum loads. That makes it ideal for backpackers or hunters who need to defend themselves against charging bears, feral hogs, or other dangerous creatures. With 180- and 200-grain hardcast lead bullets, the .357 Magnum can be a capable stopper of big game.

Revolvers are often favored by many shooters because of their ease of use. There aren’t safeties to worry about engaging, slide releases to keep your fingers off of, or magazine releases to figure out. Load the cylinder, close it, and the gun is ready to fire. You’ll never have to worry about a case failing to eject, nor will you have to learn the tap, rack, bang clearance drill to clear a jammed pistol.

Disadvantages of the GP100

Fully loaded the GP100 weighs around four pounds. Not only is it significantly heavier than many pistols, because of its cylinder it’s also incredibly bulky, making it less than ideal for concealed carry for those of smaller stature.

Even with the 7-round cylinder, the GP100 still is well under the magazine capacity of most semiautomatic pistols. With pistols available that can fire 15 rounds of .357 SIG or 10mm Auto, you can get twice the equivalent firepower from a pistol without having to reload.

Advantages of the SP101

The SP101 is one of the most popular concealed carry revolvers on the market, particularly in its 2” barrel lenth. It also comes in a hammerless version intended specifically for concealed carry, so that the hammer won’t snag on clothing when drawn from under cover.

Those who own the SP101 universally praise its strength and solidity. While you wouldn’t want to fire full-power .357 Magnum loads out of it day in and day out, it is more than strong enough to handle .357 Magnum loads in a self defense situation.

Disadvantages of the SP101

As with the GP100 (and most other revolvers), the SP101 carries far fewer rounds than full-size semiautomatic pistols. Even against compact pistols such as the Glock 19, the SP101 only carries one-third the amount of ammunition. But if you’re considering the SP101 as a backup gun and comparing it to .32 ACP pocket pistols or to slimline Glocks with their 6-round magazines, that lack of ammunition capacity suddenly isn’t as marked a difference.

Even as heavy and well-built as it is, the SP101 is still on the smaller side as far as revolvers go. Particularly with the 2” barrel versions, full-power .357 Magnum loads can feel very sharp. That may make it uncomfortable for extended range sessions, and may dissuade shorter and smaller-handed shooters from shooting it.

You Must Be Patient With Gold and Silver