REDTEA NEWS
NY to Ban All New Gas-Powered Car Sales...
Milley’s Backstabbing Coup Attempt Means He Needs to...
Australia Has Given In to Totalitarianism
Biden’s Vaccine Mandate Turns the US Into the...
Ashli Babbitt’s Killer Will Get Off Scot-Free
Social Media Companies Banning Criticism of Biden
Cancel Culture in Overdrive: Gen. Flynn’s Credit Cards...
Republicans Continue to Give in to Democrats
US Actions in Afghanistan Have Been Disgraceful
Doctors Are Rebelling at Treating the Unvaccinated
Home Survival Survival Firearms Battery: The SKS
Survival 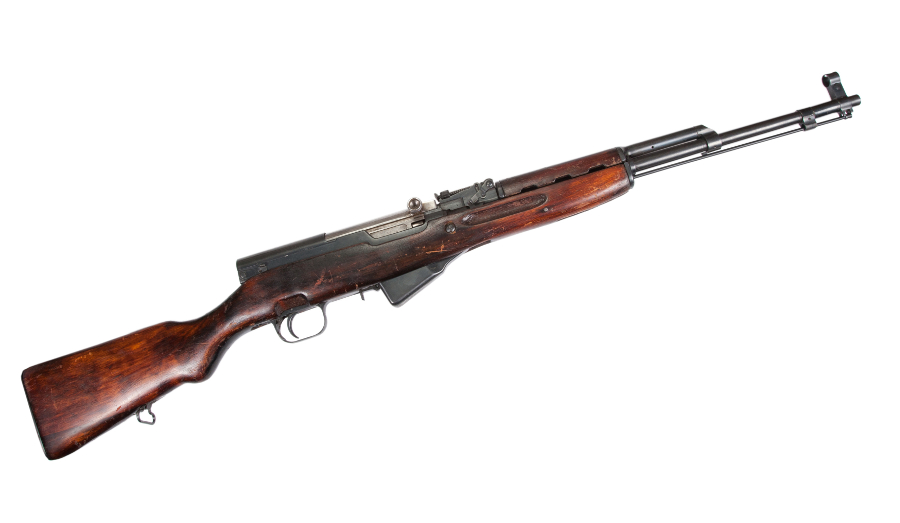 While it is often confused with the AK-47 by those with a lack of firearms knowledge, the SKS rifle has very little in common with the AK aside from the distinctive slots in its handguard. Developed towards the end of World War II by Sergei Simonov and quickly replaced by the AK in front-line Soviet service, the SKS bolt and gas mechanisms have more in common with the FN FAL than with the AK family of rifles. The SKS does, however, fire the same 7.62x39mm round as the AK.

While the SKS has a barrel 4-6” longer than the AK, due to the types of gunpowder used in the 7.62x39 the gains in velocity are minimal. You might expect about 100 feet per second of additional velocity for a 122-124-grain bullet out of the SKS. If you’re a handloader, you could probably create a faster load that is tuned for the gas system. And while some hunters like to use the heavier 154-grain loads to get closer to the performance of the .30-30 Winchester, too frequent use of the heavier bullets can cause excessive wear on the rifle and its operating components.

Still, with the longer sight radius afforded by the longer barrel, the heavier weight, and the mild recoil of the 7.62x39 cartridge, the SKS can be an accurate rifle for hunters. Since the 7.62x39 is not too much less powerful than the .30-30, the SKS has become a popular deer cartridge in heavily wooded areas such as the Upper Midwest.

While the major supplies of surplus SKS rifles have long since dried up and you can longer pick up a good condition SKS for $99, they’re still not super expensive, and they still have significant amounts of spare parts and aftermarket accessories available. The most common varieties you’ll find on the market are Chinese, Romanian, and Yugoslavian. The Yugoslavian models have a gas valve that enables the gas system to be shut off when launching rifle grenades. That valve can leak, causing malfunctions, so make sure to pay attention to that if purchasing a Yugoslavian rifle.

Steel-cased 7.62x39mm ammunition is about the cheapest ammunition on the market, at 21-22 cents per round. The SKS has a 10-round fixed magazine and the magazine is normally filled with stripper clips, so a case of ammunition will last a good long while. There’s also commercially-available hunting ammunition for those who want to use their SKS against deer, hogs, or other similarly-sized game, allowing the SKS to function both as an effective hunting rifle and as a defensive rifle for a survival scenario.

There’s nothing quicker than a semiautomatic rifle for quick followup shots when they’re needed. If you shoot a deer and it starts to run, or if you’re being charged by a large boar, it’s nice to know that you have a second (and third, fourth, etc.) shot ready to go as soon as you pull the trigger. You’d be hard pressed to find a cheaper semiautomatic rifle that offers as much power as the SKS.

With the supply of surplus rifles dried up and no more being sold by dealers, the secondary market is the only place to find them, and many of those rifles are starting to be snapped up by collectors. While you can still get lucky occasionally and find an SKS for $300, expect to pay $400-450 or more. While that’s still a bargain for an effective semiautomatic centerfire rifle with plenty of aftermarket support, it’s highway robbery for those who remember when the SKS was the poor man’s deer rifle.

While the SKS’ bulk soaks up a lot of recoil, it also makes it a bear to handle. With its thick, military-grade stock and beefy construction, the SKS isn’t nearly as svelte as your average bolt-action hunting rifle and can weigh close to 10 pounds fully loaded. Particularly for those with a smaller frame, it may be difficult to maneuver it in tight areas or to carry for extended periods of time.

But if you’re able to get your hands on an SKS, it’s an enjoyable rifle to shoot, and a practical one too. And with its ease of operation and cheap, readily available ammunition, you certainly can’t go wrong in making the SKS a cornerstone of your survival armory.