REDTEA NEWS
Catholic Pro-Life Speaker the Latest Victim of DOJ...
New York Doesn’t Want Good Guys to Stop...
Top FBI Agent Forced Out After Allegations of...
Who Is the Real Threat to Democracy?
A Dozen Federal Agencies Behind the Online Censorship...
Government Is Behind Much of the Social Media...
Hunter Biden’s Laptop Repairman Alleges FBI Tried to...
Can You Trust the FBI Not to Steal...
Is General Milley Guilty of Insubordination?
Raid on Trump’s Home Highlights the Dangers of...
Home Survival Survival Firearms Battery: The Winchester Model 70
Survival 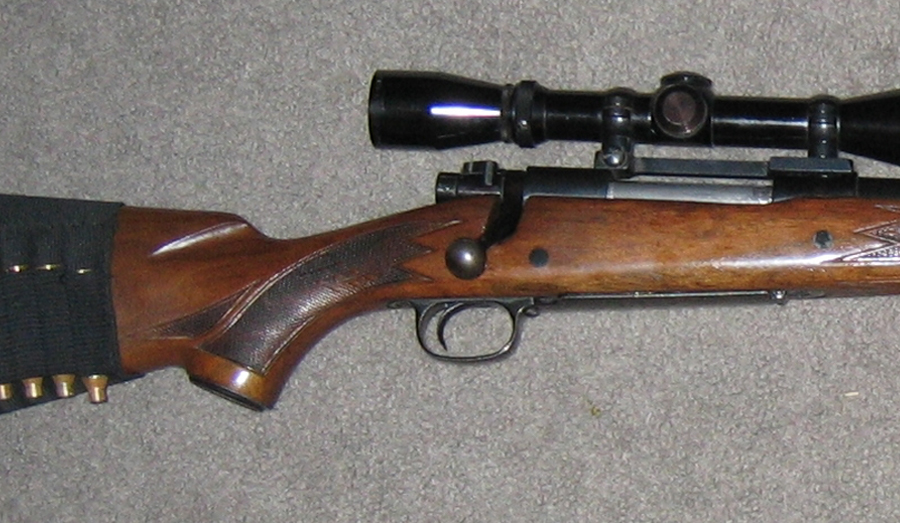 It’s been heralded by gun writers as “The Rifleman’s Rifle” and “The Bolt Action Rifle of the Century.” The Winchester Model 70 helped to put bolt action rifles on the map in the United States, making them one of the most popular choices for hunters, target shooters, and sportsmen. It helped move hunters from lever and pump action rifles to bolt action rifles, and helped cement Winchester’s reputation as perhaps the premier rifle manufacturer in the United States.

The Winchester Model 70 was first introduced in 1936 as the successor to the Model 1954. Based loosely on the Mauser action, the Model 70 featured a Mauser-style claw extractor to provide the controlled round feed that is so valued by hunters, especially those who pursue dangerous game. It also featured a slightly modified ejector from the Mauser, allowing for the left bolt lug to remain solid, rather than split as in the Mauser.

Unfortunately, the high quality of the Model 70 made it expensive to manufacture and, along with many other firearms manufacturers at the time, Winchester started making changes in 1964 to make the Model 70 cheaper to produce. But Winchester’s changes weren’t just to the manufacturing process itself, such as the switch from milled metal components to stamped metal components. Winchester also changed the bolt operating system of the Model 70 in 1964 to a push feed system. That allowed the bolt face to completely surround the case head for better gas handling, but eliminated the controlled round feed.

Those changes introduced in 1964 were not well received by consumers, who thought the rifle was being cheapened. Even some product improvements in 1968 were not enough to end the downward spiral for the company which eventually let to the purchase of Winchester by Belgian company Fabrique Nationale (FN) and the closing of Winchester’s plant in New Haven, CT by 2006, ending 140 years of production there. Currently the Winchester Model 70 is produced in an FN-owned plant in Portugal and exported from there back to the United States. Quality of the current production rifles is reputed to be perhaps the best since 1964.

Advantages of the Winchester Model 70

1. Highest Quality Rifle Ever Sold to the Public

The pre-’64 Winchester Model 70 rifles have a reputation for being perhaps the finest production rifles ever sold in the United States. If you’re fortunate enough to own one you’ll be the beneficiary of some of the finest craftsmanship that came from American firearms manufacturers, which made Winchester the most popular sporting arms company in the country.

Because so many Winchester Model 70 rifles have been produced, parts, accessories, and support abound for them. Whether it’s stocks, sights, scope rings, or replacement barrels, you’ll be able to easily find whatever you need for your rifle. And because of the Model 70’s widespread adoption, any competent gunsmith should be able to work on them.

Disadvantages of the Winchester Model 70

If all you’re looking for is a pedestrian hunting rifle that you’ll shoot maybe a few times a year, the Model 70 is probably not your rifle. With an MSRP starting around $1,000 and rising above $1,500 for some variants, the Model 70 just can’t compete on price with rifles such as the Winchester XPR and Savage 11 that retail for $500 or less. Even if you’re dead set on a controlled round feed rifle, it can sometimes be easier to buy an old Mauser and fix it up than to buy a new Winchester Model 70.

Used Model 70s are also rising in price, as collectors have long placed on a premium on pre-’64 Winchester rifles. And with the closing of the New Haven plant in 2006, rifles produced before that time may also command a premium as the last of the rifles produced in Winchester’s iconic plant.

2. Need to Do Your Homework If Buying Used