REDTEA NEWS
News vs. Editorials: Reading Critically
Are Freedom Passes the Mark of the Beast?
Beware the Great Reset
Mainstream Media Continues to Disparage Trump Supporters
The Swamp Still Doesn’t Get It
COVID: Perception vs. Reality
Governors Starting to Ramp Up Restrictions Ahead of...
Are You Ready for More Lockdowns? Biden Is
The Boxes of Liberty
It Ain’t Over Until the Fat Lady Sings
Home America Now America’s Most Conservative Congressman?
America Now 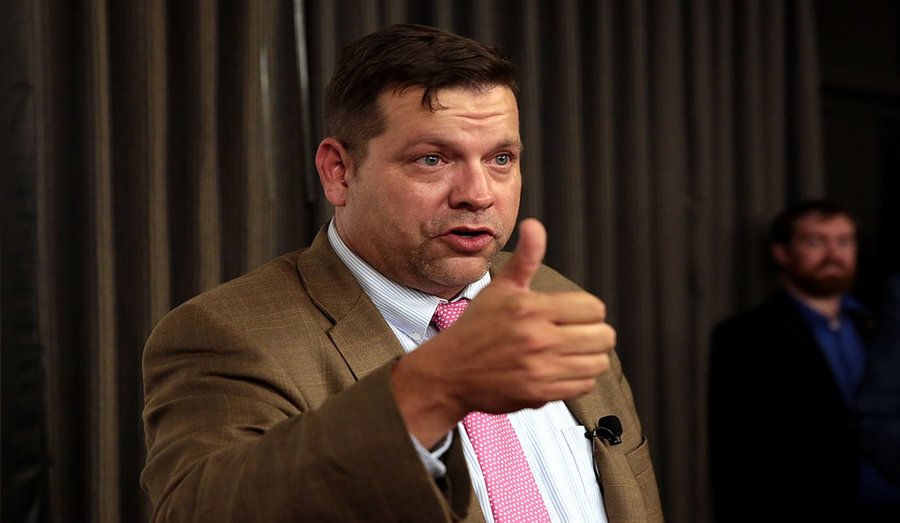 Republicans all over the country are fearing the supposed “Blue Wave” that will take back Congress. From controversy in the White House to losing in bellwether states such as Virginia in 2017, Republicans haven’t felt as much of the “winning” as they were promised. It seems that Republicans don’t have much to look forward to, and with the loss of party lions such as Speaker Paul Ryan of Wisconsin stepping down, it seems the party is behaving like a moving car without a driver, it’s just kind of rampaging down the road mindlessly hitting trees and random pedestrians.

With that said, while many conservative Americans have begun to lost faith in the party apparatus as a whole, there seem to be quite a few favorite figures who have been able to stand out on their own as advocates for free enterprise, civil rights, and limited government. Congressman Tom Garrett (R) of Virginia’s 5th Congressional district went from just another freshman Congressman to the guidon bearer of Barry Goldwater’s party. A seasoned politician from his days as a Commonwealth Attorney, to a state senator who knows that politics doesn’t have to be personal, Garrett has worked across party lines with Democrats on civil libertarian issues such as unconstitutional foreign military intervention and domestic issues such as changing the conversation on the issue of federal laws regarding marijuana.

Garrett committed what many considered career suicide as soon as he started unpacking his Washington, DC office, when he joined the House Freedom Caucus and stood against “RyanCare” (also called “Trumpcare” and “Obamacare 2.0”) during the first year of his term, fighting and voting against its various forms on the grounds that it was the same monster of a regulatory burden as before, just repackaged under a Republican President.

Garrett has received praise from almost every Beltway conservative think tank; FreedomWorks gave Garett a 94% rating, and Heritage Action For America (the Heritage Foundation’s PAC) gave him a 93% (which is stellar compared to the 68% average they gave House Republicans). The very libertarian leaning Conservative Review has Garrett as their most conservative Congressman, scoring him a perfect 100%.

The Congressman from Virginia faces stiff competition coming from a vicious Democratic Party this November, but if the “Blue Wave” does happen to hit, hopefully enough conservatives and civil libertarians can gather around at least one Republican to keep the floodgates of progressivism from bursting open with as much of his own ability as he can.